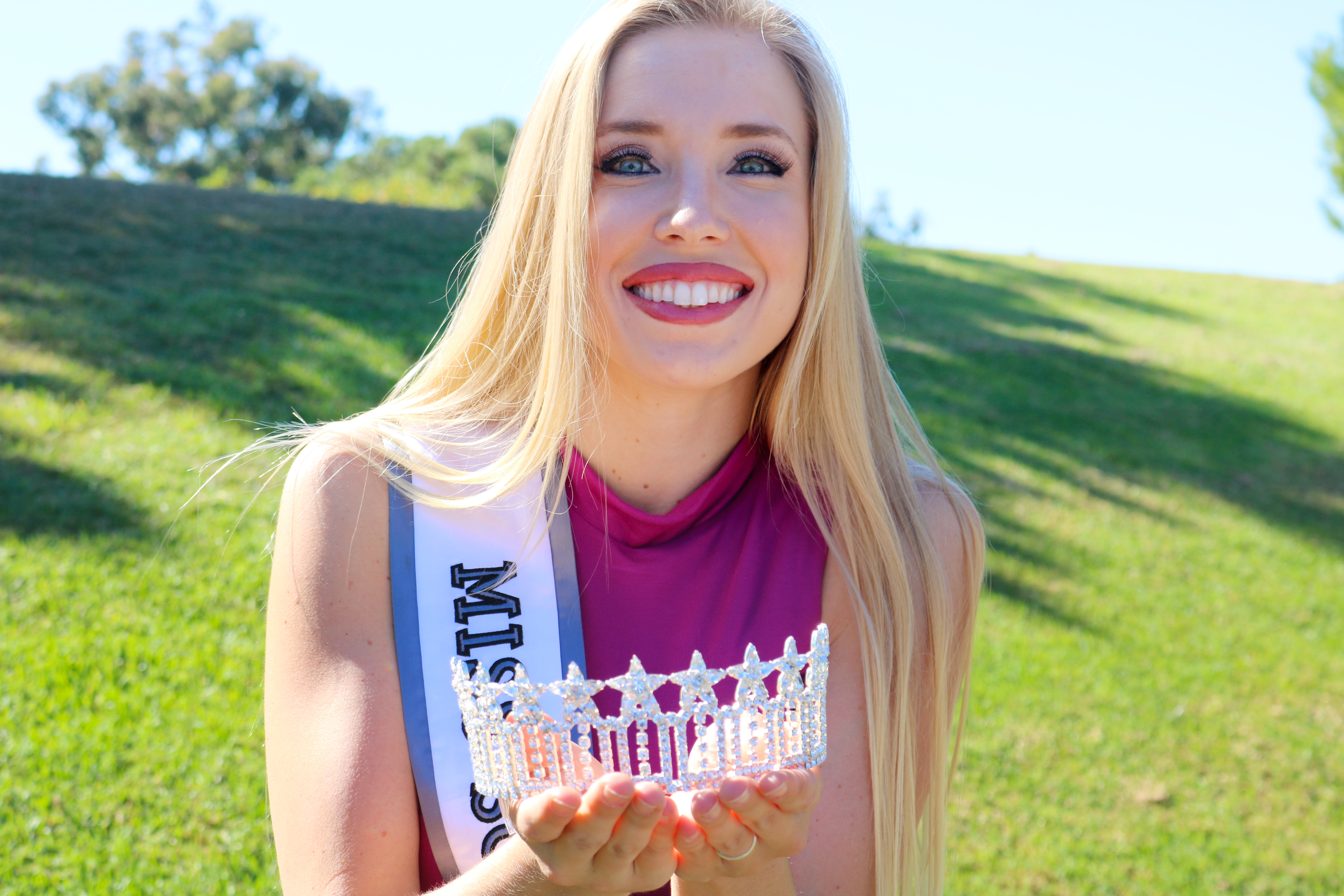 Adjusting her sash across her body, Avriel Tomaiko smiles as she talks about her plans for the day. Those plans consist of meeting with her pageant coach, working her job as a nanny and going to the gym.

Tomaiko, a Dana Hills High School graduate and a Laguna Niguel resident, will be one of 120 women vying for Miss California USA in December. Every day, she works toward the goal of becoming Miss California USA and competing in the national competition.

To prepare for the state competition, Tomaiko said she exercises regularly, eats a healthy diet, attends events with her crown and sash, works on her platform, practices her interview questions and practices her walks. That’s on top of working as a nanny and a tennis instructor.

“I’m so excited,” Tomaiko said about the upcoming event. “I’m kind of nervous because I don’t know what to expect.”

She said she uses her mentality from being a tennis player for Dana Hills, then later Saddleback Community College, to help her with her pageant training.

She entered her first pageant over the summer, where she was named Miss Southern Coast USA. She said she began looking into pageant competition a couple of years ago, but wasn’t able to really get into competing until this year.

“It’s something I’ve always wanted to do,” Tomaiko said. “I had an interview a couple of years ago, but it just didn’t work out. This time, I have the time to do it, and I have money to put into it. I’m ready for it.”

That said, the bills pile up, which Tomaiko says has been difficult.

“I’m kind of going shopping a lot,” Tomaiko said. “It’s hard because it’s very expensive. There’s an entry fee, there’s swimsuits, makeup, gowns, stuff for my hair, the shoes. It’s a lot that goes into it.”

But, she said she’s enjoying every minute of it.

“I wake up and tell myself this is a process and it’s a once in the lifetime journey,” Tomaiko said. “I really am enjoying it, even though it’s a lot more different than I expected. But it’s totally worth it.”

She said she looked into the Miss America Organization but decided Miss USA, which is part of the Miss Universe organization, would be a better fit for her.

“In my opinion, the Miss America pageant was more political, but that’s my opinion,” Tomaiko said. “Miss USA does more with causes that I’m more into.”

Tomaiko said figuring out makeup has been one of the hardest challenges of her preparation. She said she’s still figuring out how to exactly apply certain parts of her makeup, and how she’s going to do her hair.

She recalled when she first met her pageant coach, Giselle Boone, and they had their first makeup session.

“I had two makeup brushes when I met her, so she told me to get out my eyeshadow brush. I said ‘I just use my finger,’” Tomaiko laughed. “I didn’t know you had to have a brush for it. Now, I probably have like 15 and three different colored bronzers. It’s a totally different world.”

She said even learning how to do her hair has been an experience.

“It’s actually really hard for me,” Tomaiko said. “I practice every day.”

Tomaiko said many people think pageant girls are just pretty, and she’s been educating people about what pageants mean.

“I don’t think people really know what it is, and what it takes,” Tomaiko said. “Sometimes people, guys, have this perception that you’re just pretty. It’s more of telling them, educating them, what the pageant stands for, and it’s about what you look like on the inside. There’s just so much more to it than people think.”

Miss California USA has three areas of competition: interview, swimsuit and evening gown. The contestants are judged on character, poise, confidence and personality. In the swimsuit portion, judges look for the contestant’s physical fitness.

“I’m excited for it,” Tomaiko said. She said her fitness routine involves 5 a.m. boot camps, tennis lessons or going to the gym. “I think that I’m doing all that I can to prepare for this.”

She said originally she was going to compete as Miss Laguna Niguel, but when Boone told her of the Miss Southern Coast pageant, she jumped at it.

“She told me the last regional pageant was in three days,” Tomaiko said. “I had been preparing somewhat, but I wasn’t totally prepared, but it worked out.”

She said she had a nightmare the night before she met with the Dana Point Times, but laughed it off.

For the next few weeks, Tomaiko said she will continue to practice her evening gown and swimsuit walks, practice her interview skills and continue going to the gym.

The pageant will be on Dec. 4 at the Terrace Theater in Long Beach. Tickets are available on www.ticketmaster.com.