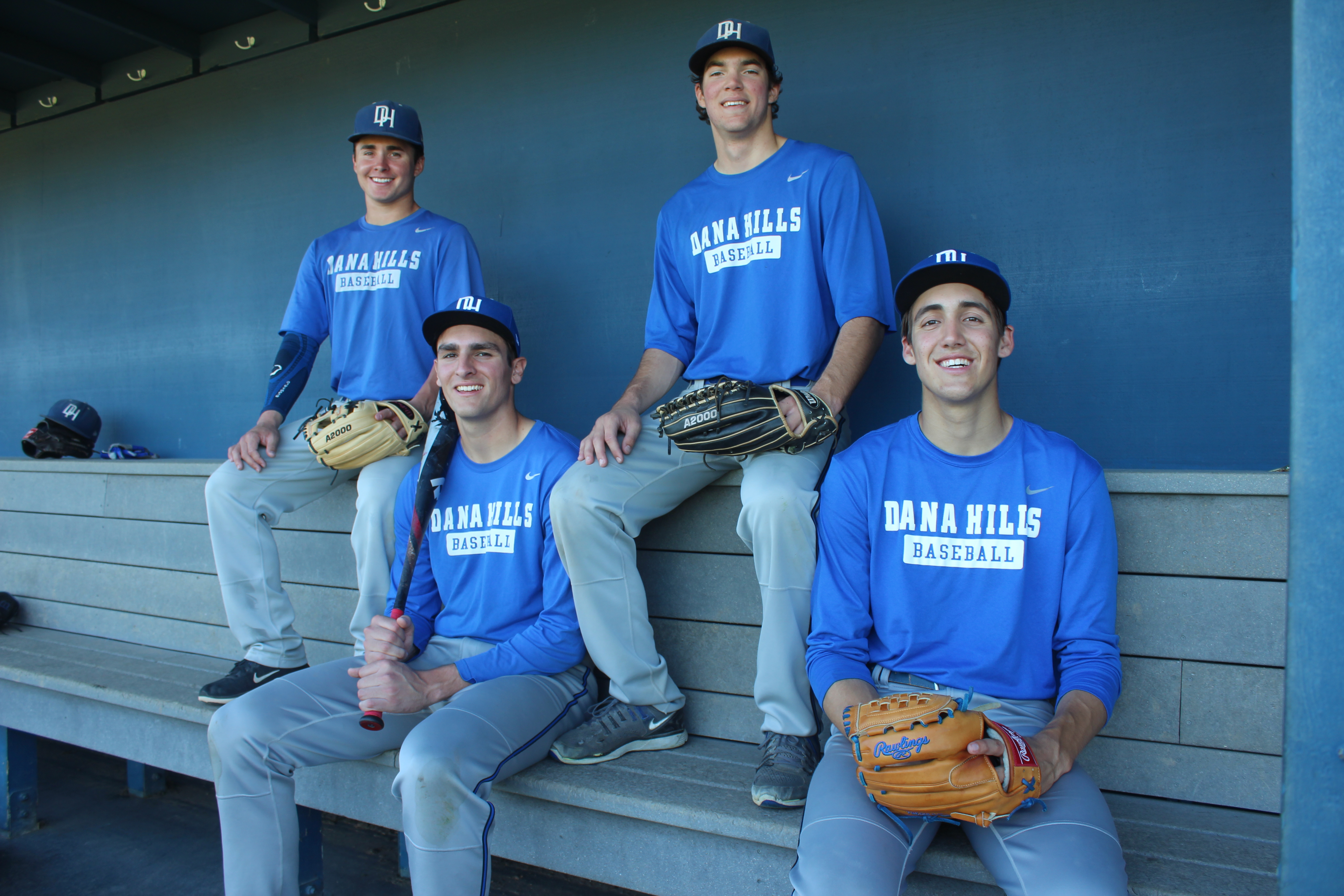 Hans Crouse was not about to mince words after he delivered the biggest hit of the year for the Dana Hills High School baseball team on Friday.

The senior smacked a one-out single into right field, which brought home the winning run in the bottom of the seventh in a 6-5 victory over Winder-Barrow that punched the Dolphins’ ticket into tomorrow’s National High School Invitational Championship game against Orange Lutheran.

“We battle all day. We came here as the biggest underdog in the tournament and now we’re going to the championship,” Crouse said on television following the hit.

Indeed, it’s hard to fathom just how far the Dolphins have come in three short days in North Carolina.

Dana Hills is playing the role of Cinderella story in the elite 16-team tournament, which features some of the best programs in the country. While the Dolphins are a team with a pedigree (playing in Southern Orange County is hard work), they did not enter the tournament to much fanfare other than touting Crouse, who is projected to be a first-round MLB Draft pick in June, as their top player.

Following its semifinal win over Winder-Barrow (Georgia) in the semifinals, Dana Hills is showing how tough it can be.

The Dolphins erased a 5-2 deficit by chipping away one inning at a time.

Crouse put the Dolphins on the board first when he laced a two-RBI single into the outfield for a 2-0 lead.

But Winder-Barrow came storming back in the third and got the better of Dana Hills’ sophomore starter Luke Messore to the tune of five runs on four hits.

Dana Hills’ aggressiveness on the base paths almost got the better of them in the fourth inning, when a botched suicide squeeze brought home a run, but ended a rally when the Dolphins ran into an out. Dana Hills trimmed the lead to 5-3 and kept plugging away.

Jordan Matthews hit an RBI single in the fifth, and the Dolphins scored one more in the seventh when Joe DeBaca worked a one out, bases loaded walk to tie the game 5-5.

Dana Hills defeated Cullman (Alabama) and Canterbury (Florida) to earn a spot in the semifinals.

Dana Hills will play Orange Lutheran, a team that swept them in a two-game series to start the season back on Feb. 25, in Saturday’s championship. The game is set to begin at 9:15 a.m.