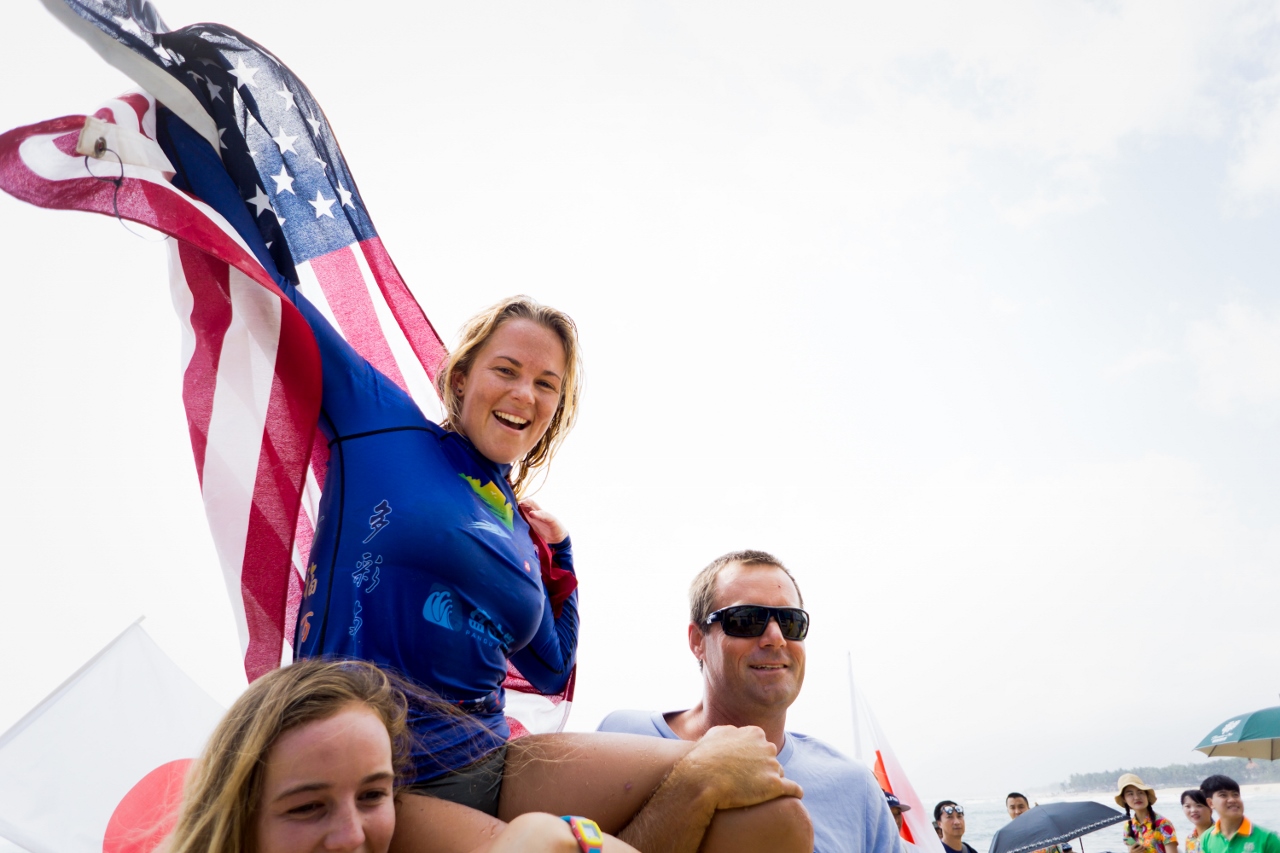 For the first time ever, 2 women will serve as tour manager and head judge of the WSL Longboard Tour

Professional longboarding took a step forward last week, when the World Surf League named two women to be take the reins of the WSL Longboard Tour. Kirra Seale is the new Senior Manager of the Longboard Tour, while Tory Gilkerson of San Clemente will step into the role of head judge. This is the first time in WSL history that two women will serve as tour manager and head judge.

“This is an exciting chapter for longboarding, and I am confident in these two women at the helm,” said Jessi Miley-Dyer, WSL SVP of Tours and Head of Competition. “I look forward to working with Tory and Kirra to continue to develop and grow WSL’s Longboard Tour and competitive opportunities for surfers.”

Throughout her years as a competitor, Gilkerson also took a keen interest in becoming a judge. Applying the work ethic that helped carry her to the highest level in the sport, she dedicated herself to learning the ins and outs of judging surf contests. After working her way up from regional events to the WSL Qualifying Series, Gilkerson stepped up in the past two years to judge the WSL Championship Tour, Challenger Series and Longboard Tour. Most notably, she served as a judge in the 2020 Tokyo Olympics, where surfing made its Olympic debut.

“I am excited to bring my experience as a CT-level judge and top-level longboarder to the Head Judge position,” said Gilkerson. “My priority in this role is to provide clear and fair judging to the surfers. I plan to make traditional longboarding criteria understandable and more transparent while working with the panel to promote the style of surfing that demonstrates the key elements of the criteria and the overall vision of traditional longboarding. I also hope to create a scale that encourages the surfers to push the level of their surfing and further advance the sport.”

Meanwhile, Seale grew up on the famed North Shore of Oahu and has been a fixture on the WSL Longboard Tour for the past six years. At the time it was announced that she would be stepping into the tour manager role, she was ranked ninth on the WSL Longboard Tour, but she will now be stepping away from competition to focus her energy and talent on making the magic happen. The best result of her career came in 2017, when she finished runner-up to reigning, back-to-back world champ Honolulu Blomfield at the Turtle Bay Resort Pro.

Seale has been a strong competitor in the longboard community and has competed on the WSL Longboard Tour for the past six years. Through her experience competing, she has developed a comprehensive understanding of competitive longboarding and established a strong relationship with the competitors.

“I am coming into this role with a unique perspective, because I competed on the Longboard Tour for the past several years,” said Seale. “I understand the competition as a competitor, but I also understand what is required from a business perspective for the WSL Longboard Tour to thrive. I am excited about my work to support longboarding and develop this competitive platform. Surfing is my passion, and longboarding is my heart. This is not just a job. This is what I love.”

News of Seale’s and Gilkerson’s new roles came just before the second and penultimate event on the 2022 WSL Longboard Tour, the Vans Duct Tape Invitational and Festival, which is running in conjunction with the Vans U.S. Open of Surfing in Huntington Beach (Aug. 3-7).