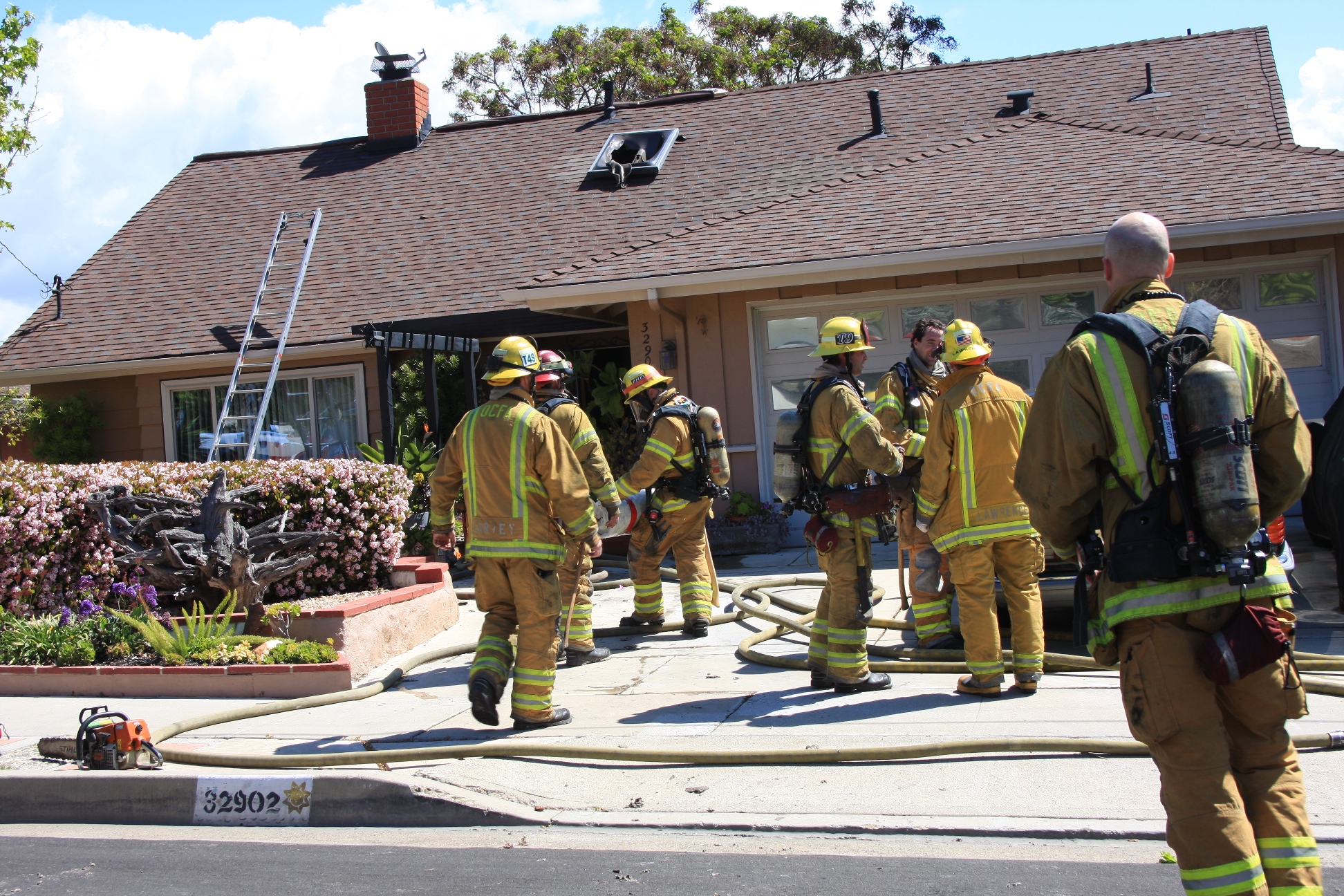 By Andrea Papagianis and Andrea Swayne

A 67-year-old Dana Point woman was rescued by neighbors Tuesday after becoming trapped on a second-floor balcony in a house fire, authorities said.

Neighbors propped a ladder up to the balcony and helped the woman climb down to safety, said Paul Satras, fire captain for the Orange County Fire Authority.

A 61-year-old man, who also lives in the home, had already made his way out, Satras said.

OCFA received the call at 10:39 a.m. reporting heavy smoke and fire coming from the back, second-floor corner of a home on the 32900 block of Bluffside Drive, said Division Chief Kris Concepcion.

The two residents were out of the home when firefighters arrived at 10:44 a.m., and the fire was contained by 10:55 a.m., Concepcion said.

Both victims were treated on-site for minor burns and smoke inhalation, and then transported to Mission Hospital.

The cause of the fire is still under investigation.