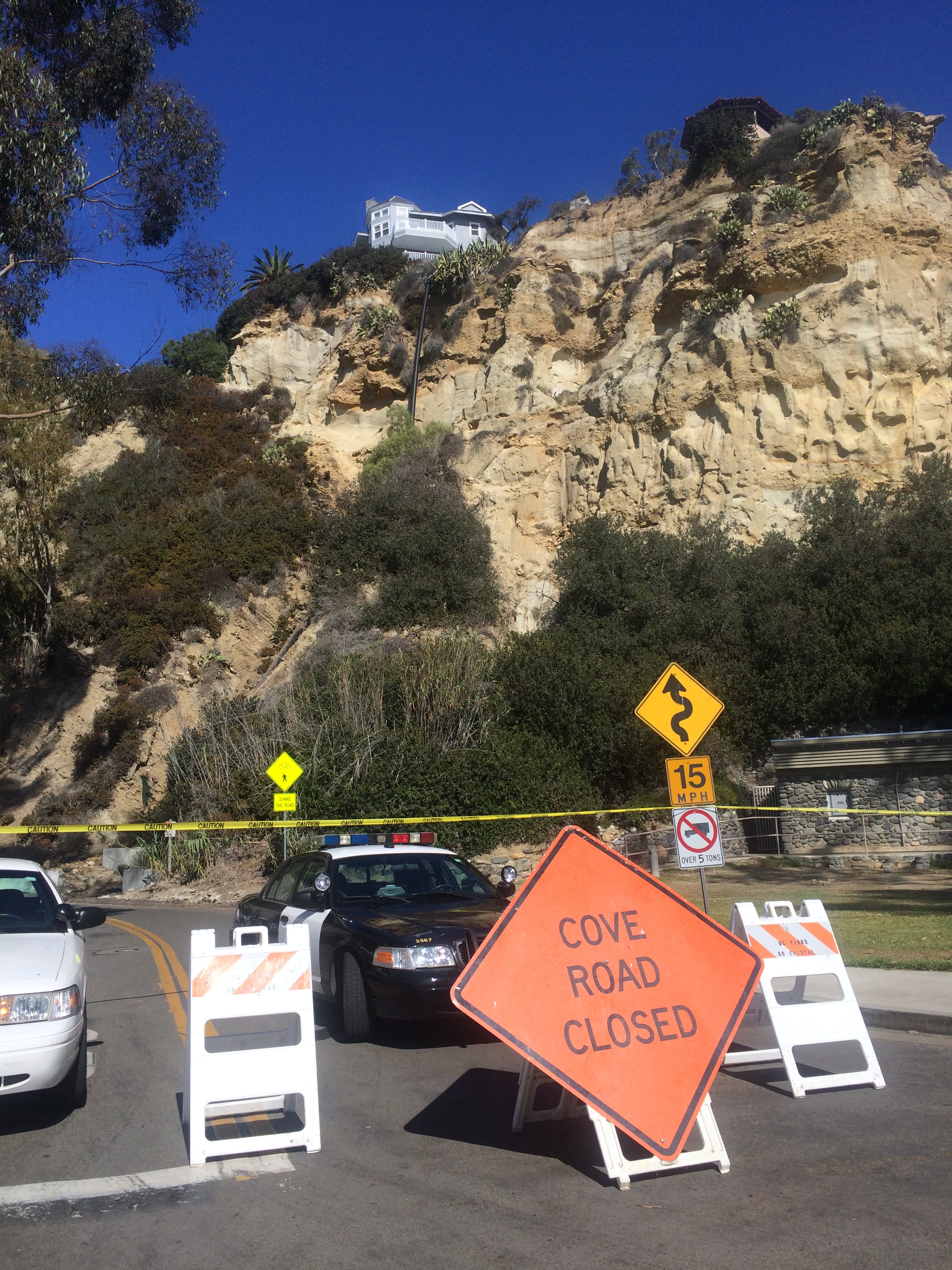 Cove Road Closed Due to Rockslide

Cove Road at the Dana Point Harbor, and portions of the Cove Road parking lot were closed around 8 a.m. Tuesday due to a small rockslide, authorities said.

Basketball-sized boulders rolled down the bluff onto Cove Road near its intersection with Dana Point Harbor Drive.

By 10:20 a.m. the rocks had been removed but the road remained closed as a precaution.

According to Kory McCain, senior park ranger for OC Parks south coastal operations, no injuries or damage to vehicles were reported.

“We want to make sure the hillside is safe for pedestrians and motorists before we reopen the road,” McCain said.

Additional cause for concern exists due to few large rocks near the top of the bluff that appear to have been loosened by the slide.

As of 11 a.m. Orange County Sheriff’s deputies and OC Parks rangers remained on scene waiting for an all-clear from a county expert before reopening the road.

Officials at the scene said there is currently no time estimate for when the road will reopen.

Access to Baby Beach and the Ocean Institute via Dana Point Harbor Drive is unaffected.