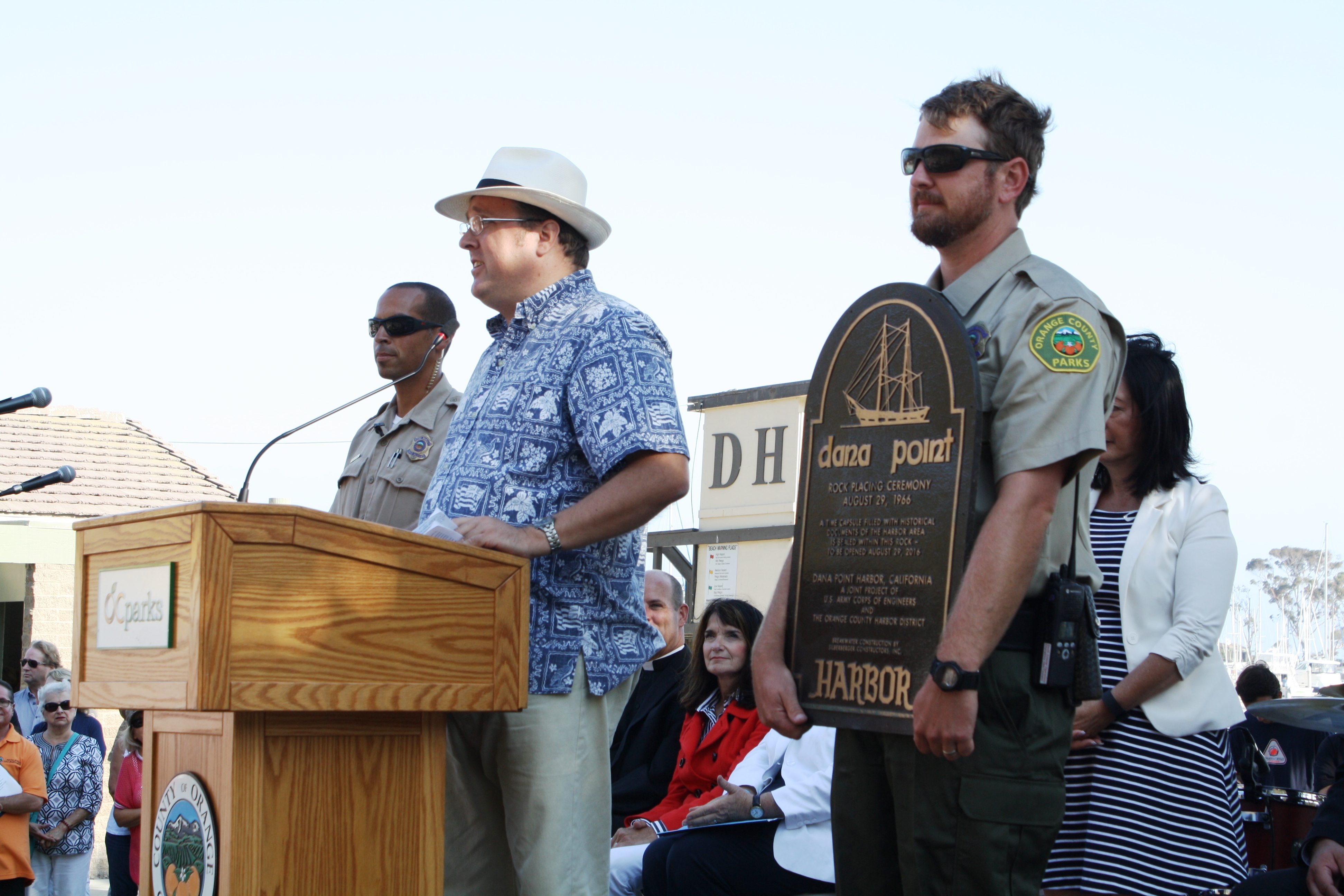 The Dana Point Harbor 50-year time capsule commemorative plaque will be revealed on Tuesday, Aug. 29, to commemorate the one-year anniversary of the time capsule celebration.

In August 2016, the county unveiled items from the 50-year-old time capsule in Baby Beach.

More than 60 items including photographs, brochures, letters and more were “buried” with an 8-ton rock during a ceremony at Doheny State Beach on Aug. 29, 1966, which coincided with the opening of the Dana Point Harbor. On May 5, 2016, OC Parks removed the rock in preparation of the ceremony.

The ceremony will begin at 10 a.m. For more information, contact Sergio Prince at 714.834.35550 or email Sergio.prince@ocgove.com.