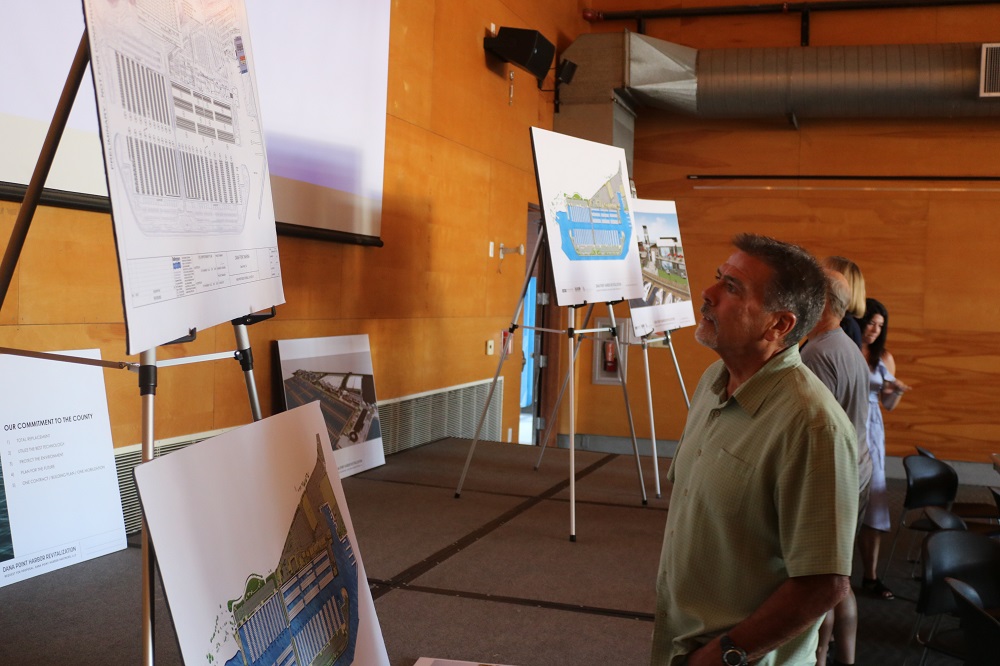 On July 2, the Dana Point Advisory Board held a meeting at the Ocean Institute where it was confirmed that after decades, a Harbor Revitalization lease agreement will be presented to and considered by the Orange County Board of Supervisors.

Lisa Bartlett, 5th District Supervisor, opened the meeting, calling it a momentous day in the history of the Dana Point Harbor. She referred to this revitalization project as a “labor of love,” as the former Dana Point City Council member explained the monumental proportions of this 66-year master lease agreement.

Bryon Ward and Joe Ueborroth represented Dana Point Harbor Partners (DPHP), who shed some light on the background of the P3 partnering system and how the group’s cooperative shareholding holds each accountable for the community aspect of the Harbor.

Ward, who is responsible for what he called the “commercial core” portion of the revitalization, explained a few of the details concerning the commercial aspect of the Harbor to expect changes, including an increase to more than 1,800 parking spaces.

Ueborroth, who has overseen a number of large harbor rebuilds in Southern California, will oversee the water side redevelopment.

Ueborroth explained that not only the water side, but the entire Harbor Revitalization will be a “total replacement.” This total replacement concept is one of five integral core concepts that Ward and Ueborroth shared throughout the development. The other core values and principles include: utilizing the world’s best technologies, protecting Dana Point’s environment, planning for the future and operating under the one contract that allows for a unified sense of responsibility.

County staff explained that if approved by the Board of Supervisors during their regularly scheduled Tuesday, July 17 meeting, the developers will begin a 90-120-day period of site specific planning. This will include particular dating and processes such as the phasing of the project.

Jim Miller, owner of The Coffee Importers, seemed pleased when he explained that DPHB had expressed the importance of the merchants within the Harbor to continue to prosper during reconstruction.

The full lease agreement, including graphics, can be seen here Here.