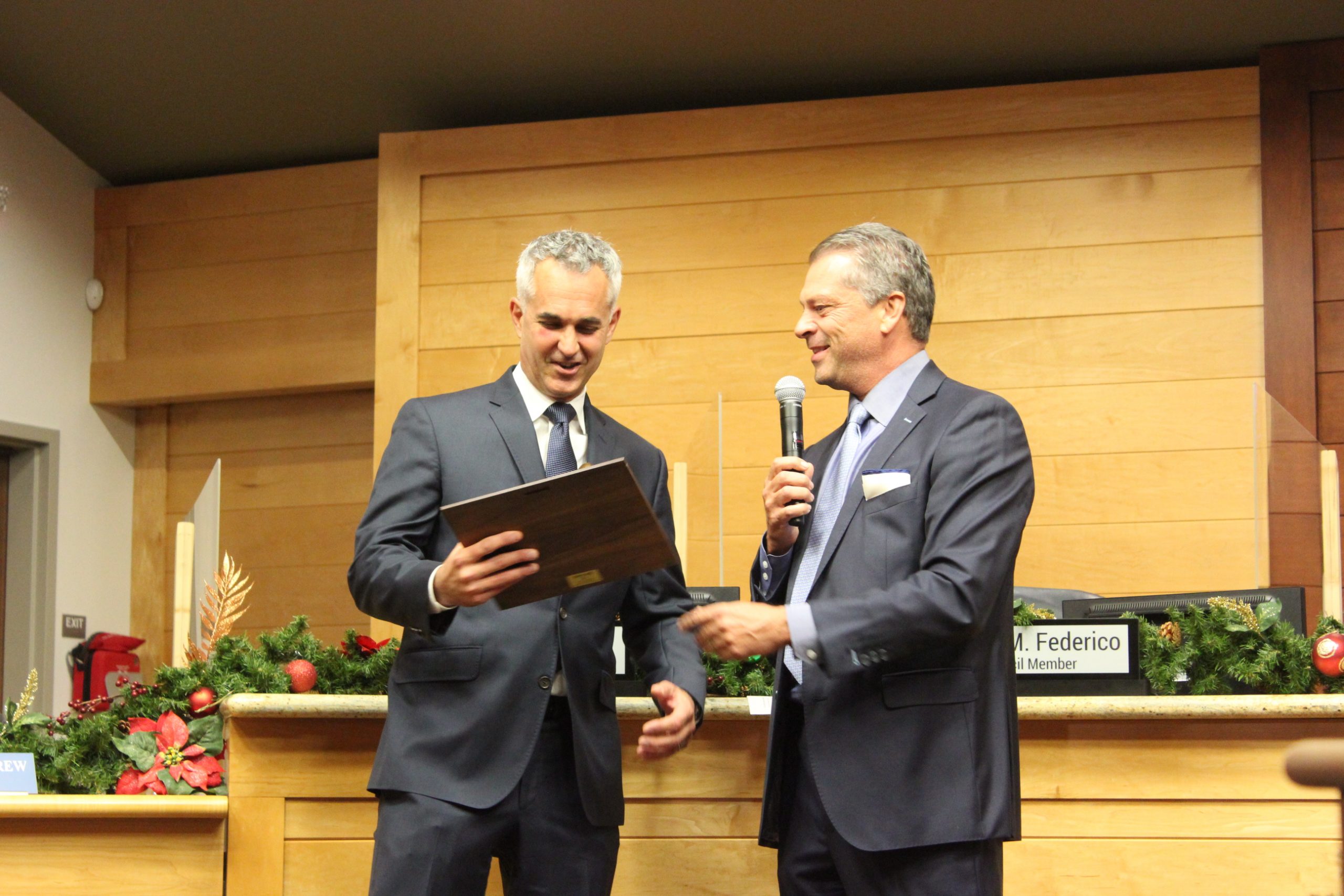 Joe Muller will lead the Dana Point City Council as mayor for 2022. Muller, the city’s first district representative who was elected in 2018, was appointed to the role with unanimous approval from his fellow elected officials, with the exception of Councilmember Michael Villar, who was absent.

“Thank you so much, colleagues on the council, it’s always kind of humbling when your colleagues pick you to lead,” Muller said. “This has really been a great year for us. Every person on this council is now either entering a leadership role or has been in a leadership role. And that just goes to show you the strength of your elected officials in Dana Point.”

“Jamey, being in only his third year on council, as a mayor has done a fantastic job, especially for a pandemic,” Muller said.

During public comments, Vickie McMurchie, executive director of the Dana Point Chamber of Commerce, thanked Federico for his time at the helm.

“On behalf of the more than 350 business members in the Chamber, we wanted to recognize and thank outgoing Mayor Federico for all of his hard work and dedication to this city and its citizens over the last 12 months,” McMurchie said.

“Taking the reigns as a leader during a global pandemic is no easy task, but Councilman Federico never hesitated to step in, show up, or advocate for our small business community at any opportunity,” she continued.

“That’s a heavy, heavy lift,” Muller said. “And for somebody to do that, in only their third year on council, and accomplish all that, is really amazing.”

Federico also sits on the OC Housing Trust Board with the Association of California Cities Orange County, working to develop more affordable housing. Muller added that Federico is also active on the South Coast Water District and with CASA, the San Clemente-Dana Point Animal Shelter.

Federico is also active in the military community and various nonprofits such as the Fifth Marines regiment support group and Veterans of Foreign Wars.

“He’s so active in the military community and one of the things that he doesn’t talk about, but I’m going to bring it up tonight, this guy is so loyal,” Muller said. “He spent hours and days helping people get out of Afghanistan, family members of his interpreters, the people that he cared about, that saved his life and he saved theirs. This is who this man is, and I want to say thank you for everything you’ve done for the city and everything you’re going to continue to do.”

The next regular City Council meeting is scheduled for Jan. 18.