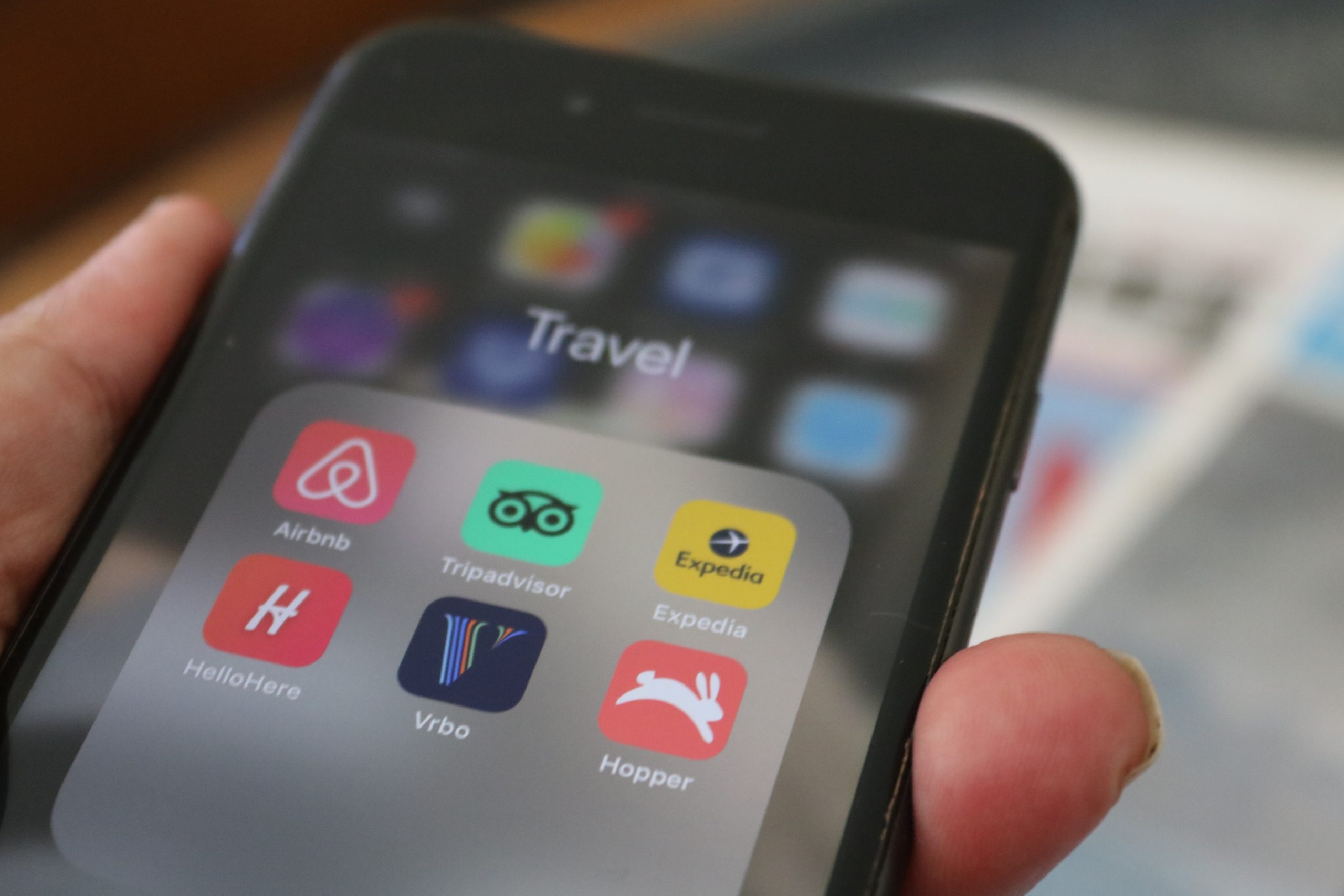 The Dana Point City Council voted on Tuesday, July 12, to approve a new short-term rental program that will permit and regulate local vacation rentals in the coastal zone only.

In a 3-2 vote, with Councilmembers Jamey Federico and Mike Frost dissenting, the council upheld some of the provisions in the Planning Commission’s previously approved program, while making modifications and partially denying an appeal that had been filed against it.

The Planning Commission’s program, passed through a coastal development permit, had set caps on the number of permits issued to home and property owners, limited permits for certain vacation rentals to 185, and placed a maximum on rental periods.

The special meeting on Tuesday night was set to discuss a modified version of the STR program that city staff had drafted following the appeal that Dana Point residents Mark Zanides and Kim Tarantino had filed in late May.

The appellants argued that the Planning Commission didn’t have the authority to approve an STR program, believing it should have instead been passed through a City Council vote. They also contended that the program would damage the character of the city.

Speaking on the city staff’s proposed modifications, Zanides argued that passing an STR program through a CDP will cause the city to take unnecessary risk.

“If you adopt this, the city is defenseless against unregistered STRs, and the reason is that you would have to adopt the view that our zoning does not bar STRs; therefore, anybody can have them,” Zanides said.

Under the new program approved during Tuesday’s meeting, the city can issue a maximum of 115 permits in the coastal zone for non-primary STRs—when a property owner rents out homes other than their primary residence to visitors.

In an effort to encourage more homestay, multi-family homestay and primary residence STRs—a variation of rentals in which the owner either lives on-site or is traveling for a short time during a guest’s stay—the city did not issue a cap for such permits.

However, the 115-permit cap for non-primary STRs reduces by one each time the city issues permits for homestay, multi-family homestay or primary residence STRs in the coastal zone.

One of the goals of the updated program is to “encourage Home Stay, Multi-Family Home Stay and Primary STRs, because there is less potential for nuisance issues in situations where the STR permit is issued for a parcel which is the Property Owner’s Primary Residence.”

Primary STR permit owners shall be limited to renting their home a maximum of 60 days a year. For homestays, an owner must be on the property during the rental period between 10 p.m. and 7 a.m.

“If there’s a wait list for permits and I have somebody come in and say, ‘I want to short-term rent the other half of my duplex now,’ because you are a homestay, you jump to the top of the list,” Mayor Joe Muller said. “For non-residential, they’re just going to have to wait. We want to incentivize our residents to get them first.”

A waiting list will be established for new applications for non-primary permits in the coastal zone once the city’s caps—115 or 190 for mixed-used developments—are met.

STRs, both in and outside of the coastal zone, must be rented for a minimum stay of two consecutive nights, and are subject to the business regulations established in the Dana Point Municipal code.

The business regulations that the Dana Point City Council passed in 2021 establish increased fines per violation, with an owner receiving a $1,500 fine upon first violation, $3,000 upon a second violation and $5,000 for a third violation over the life of the permit.

According to the regulations, no outside noise will be allowed from 10 p.m. to 7 a.m., and operators of STRs must respond to a nuisance complaint within 30 minutes.

The program institutes a cap of one STR permit per owner. For those who own a percentage of a short-term rental property through an LLC, the permit will count as the one and only STR permit allowed for each member of the LLC who claims an ownership stake.

“This permit is not a right; it is an entitlement, and anybody that doesn’t want to share their ownership information can choose not to have a permit,” Dana Point City Attorney Patrick Muñoz explained.

The third-party site also scrubs the internet for illegal advertisements. Rosaler also explained that short-term rental platforms have been working with the city to ban STRs that are illegally advertising from the platforms.

The program further requires all abutting neighbors to be notified of the permit issuance. Only one STR will be permitted per building, including duplexes and triplexes. Permits are also subject to HOA approval, if applicable.

At Tuesday’s meeting, Zanides argued that approving the program through a CDP opens the city to possible lawsuits that allege STR permits were wrongfully denied.

Zanides also argued that allowing STRs will decrease housing stock at a time when the state is dealing with a housing crisis. The argument was echoed by members of the hotel workers union Unite Here Local 11, which argued that cities need to preserve their affordable housing stock.

“The (California) Coastal Commission has been very sensitive to reduction of housing, disparate impact on minorities and concentration,” Zanides said.

“Dana Point offers almost 70 lodging units per 1,000 residents,” Tarantino said. “Clearly, Dana Point has plenty of lodging units of all types, at all price points, providing tourists access to the coast without sacrificing scarce housing resources as STRs do.”

“Note, the Coastal Commission has not suggested that Dana Point needs more lodging units and has definitely not asked for more STRs in Dana Point, nor do they indicate a plan to do so,” Tarantino continued.

Councilmember Michael Villar, a member of the city’s short-term rental subcommittee, explained that the program they came up with had to hit a narrow target of being something that is legal, acceptable for residents, garners enough support from City Council and can get through the Coastal Commission.

Villar added that he was moved by the comments from the hotel workers.

“We heard from two Spanish speakers that were in the hotel industry, and that tugged at my heart, because if you know anything about me, that was my mom 40 years ago,” Villar said. “My mom worked in a hotel, my mom was the maid at a hotel. I was the youngest of seven kids”

“So, if anyone thinks that the subcommittee did not consider our poorer, our folks that need to have lower-income rentals, quite frankly is insulting and offensive,” Villar continued.

Muller said that the number of STRs allowed for in the program won’t take away a substantial amount of housing stock. Based on data city management provided during the meeting—roughly 62.5% of current STRs reside in the coastal zone—Muller had made the proposal for the 115-permit cap on non-primary residences.

Viczorek commented that short-term rentals have been one of the most difficult issues he’s faced on City Council.

“People have worked on this for a long time, I’m not here to try to dramatically change what’s in front of us right now,” Viczorek continued.

Viczorek, in hoping to avoid giving the Coastal Commission control over short-term rentals outside of the coastal zone, motioned for the STR program to apply only in the coastal zone.

Federico commented that he would not be supporting the motion because he feared there would be unintended consequences such as a greater concentration of STRs in the coastal zone.

“While we may have won that philosophical argument that we didn’t let them under—let the camel under the tent—outside the coastal zone, I think this is going to be a detriment to the people who live in the coastal zone,” Federico said.

Frost similarly argued that he feared that if council later decided to ban STRs outside of the coastal zone, the CCC may try to increase the cap on STRs in the coastal zone.

Muller disagreed, arguing that he was not comfortable giving the CCC unnecessary control.

“Local control is the key,” Muller said. “That’s what we talk about all the time, fighting against (accessory dwelling units), SB 9, a lot of other issues where the state is trying to push things onto us. But I just can’t get my head around giving up local control on the part of the city where I’m not required to do that.”

Muller noted that many of the opponents of STRs who spoke during the public hearing said that whatever the council passes will be appealed to the CCC.

“Coastal is going to get a hold of it, and if they make changes, they’re going to own it, citywide, unless we pull it,” Muller said. “This is such a sensitive issue. I understand both sides of this; I’ve been living this for the last seven years.”

No matter the decision, the CCC will have some level of control over the city’s STRs, Muller added.

With the new program approved by City Council, a Notice of Final Action will be sent to the CCC, where an appeal to the commission may take place. Dana Point Director of Community Development Brenda Wisneski explained that if an appeal does take place, the commission will have 49 days to decide whether the appeal is a “substantial issue.”

“The council will be free at some point, if they wanted to give out caps of some sort or bans, whatever you want to do, for short-term rentals outside the coastal zone,” Muñoz said.