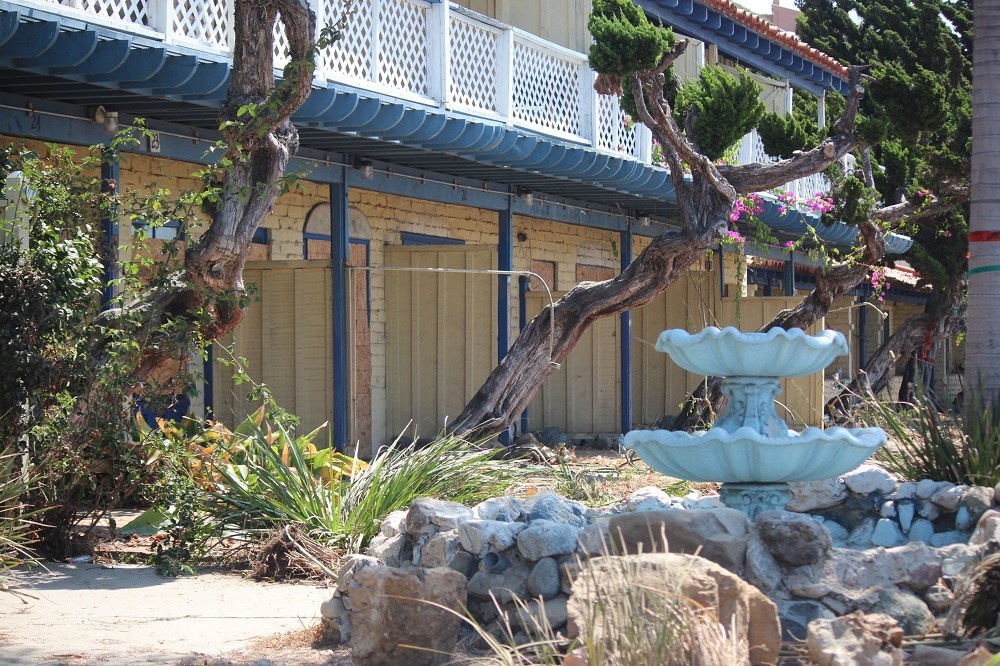 The City of Dana Point announced on Wednesday, Oct. 28 that construction has begun to abate the nuisance conditions at Capistrano Seaside Inn.

On October 20, the Orange County Superior Court cleared the way for the new owner of Capistrano Seaside Inn to begin construction to abate the nuisance conditions, per plans approved by the City of Dana Point and the court. According to a press release issued by the city, the approved plans will allow for the nuisance conditions at the property to be abated, while maintaining the property’s historic character.

In April 2017, the court appointed a receiver over the Capistrano Seaside Inn, at the request of the City of Dana Point. During the receivership, ownership was transferred through a foreclosure sale from the Sunshine Group LLC, the previous owner and operator, to a new owner, Miken Construction. Through the receiver, Miken sought permission from the court to initiate nuisance remediation immediately.

“We are pleased that the nuisance conditions can now be abated thanks to the work of the court and diligence of a new owner for Capistrano Seaside Inn. We are confident that we will be able to work proactively to not only abate the deplorable condition of the property but maintain its historic character for the benefit of the city’s residents,” said Patrick Muñoz with Rutan & Tucker and city attorney for Dana Point.

While awaiting implementation of these plans, the court-appointed receiver has been securing the property to guard against trespassers and ensure the historical characteristics of the property are not further denigrated.

A receiver was court-appointed for the property per the request of the City of Dana Point after significant nuisance complaints and code violations. City staff attempted to work with the former property owner over the course of seven months to bring the property into compliance, but after failure to comply with the city’s requests, the city sought the court’s assistance, according to a city press release sent in March.

Dana Point Times reported in May 2019 that a judge had dismissed the previous owner of Capistrano Seaside Inn’s bankruptcy claim as a bad-faith claim and that both the City of Dana Point and the motel owner were ordered to have a settlement conference.

Within that month, the parties reached a settlement by which the property would have been sold to a third party, who would have restored it pursuant to permits that are ready to be issued. Muñoz has stated that the former property owner reneged on that settlement.