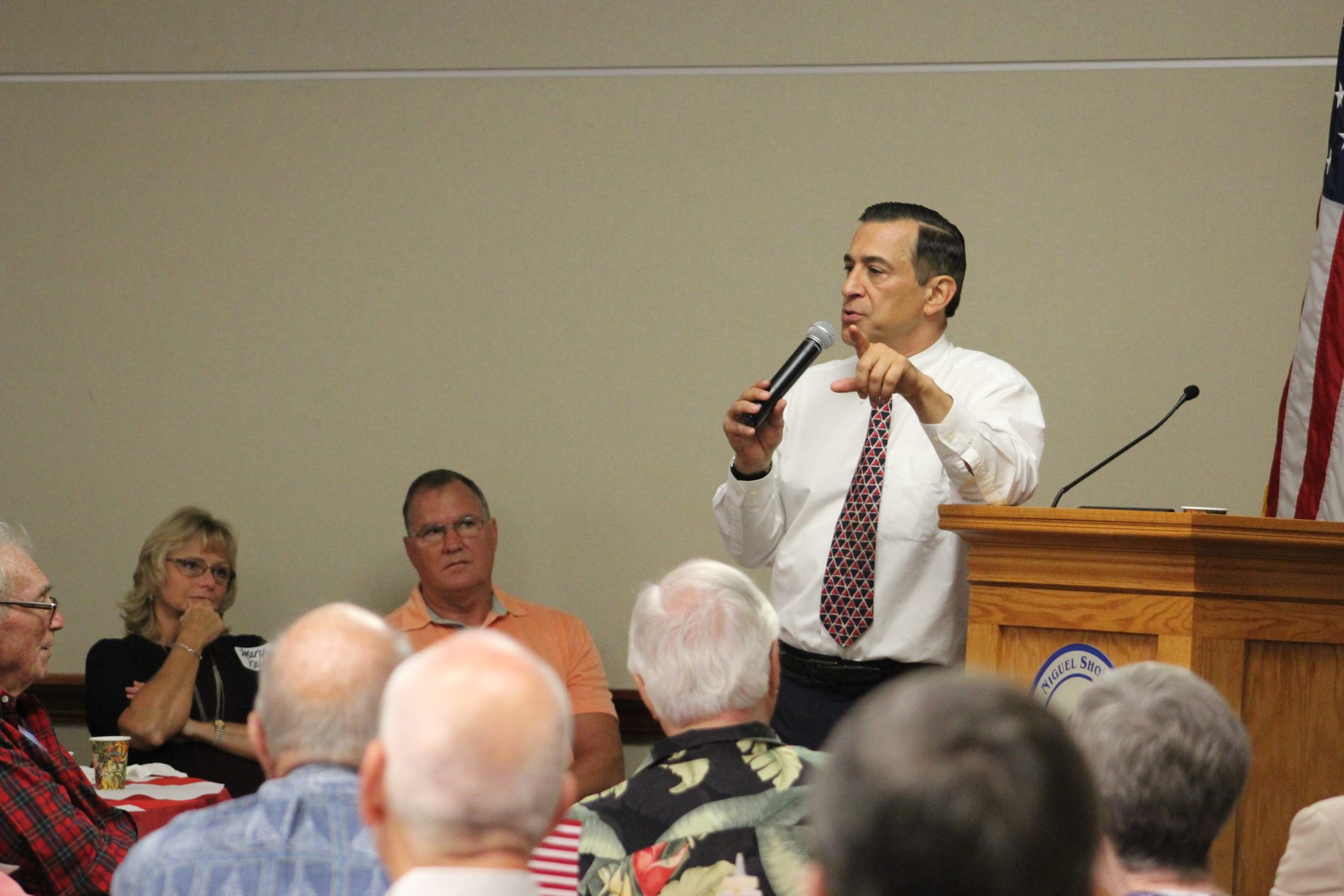 Rep. Darrell Issa of the 49th District, spoke to a large group of residents on Aug. 15, during the Men’s Club of Niguel Shores’ monthly meeting.

Issa, a Republican who has held his district’s seat for 17 years, talked to the group about a number of topics. For more than an hour, Issa responded to questions from the audience regarding health insurance, San Onofre Nuclear Generating Station (SONGS), immigration and more.

When asked about SONGS, Issa said it was “a tragedy” in a lot of ways.

“We have to make a decision, we have to move it to a place where the rods can cool and become neutral for the full 10,000 years,” Issa said. “We’re doing that.”

He said they are working to “make sure (there are) multiple places” for permanent storage for the nuclear waste when the rods have sufficiently cooled.

For more information about Issa and his stance on issues, visit www.issa.house.gov.