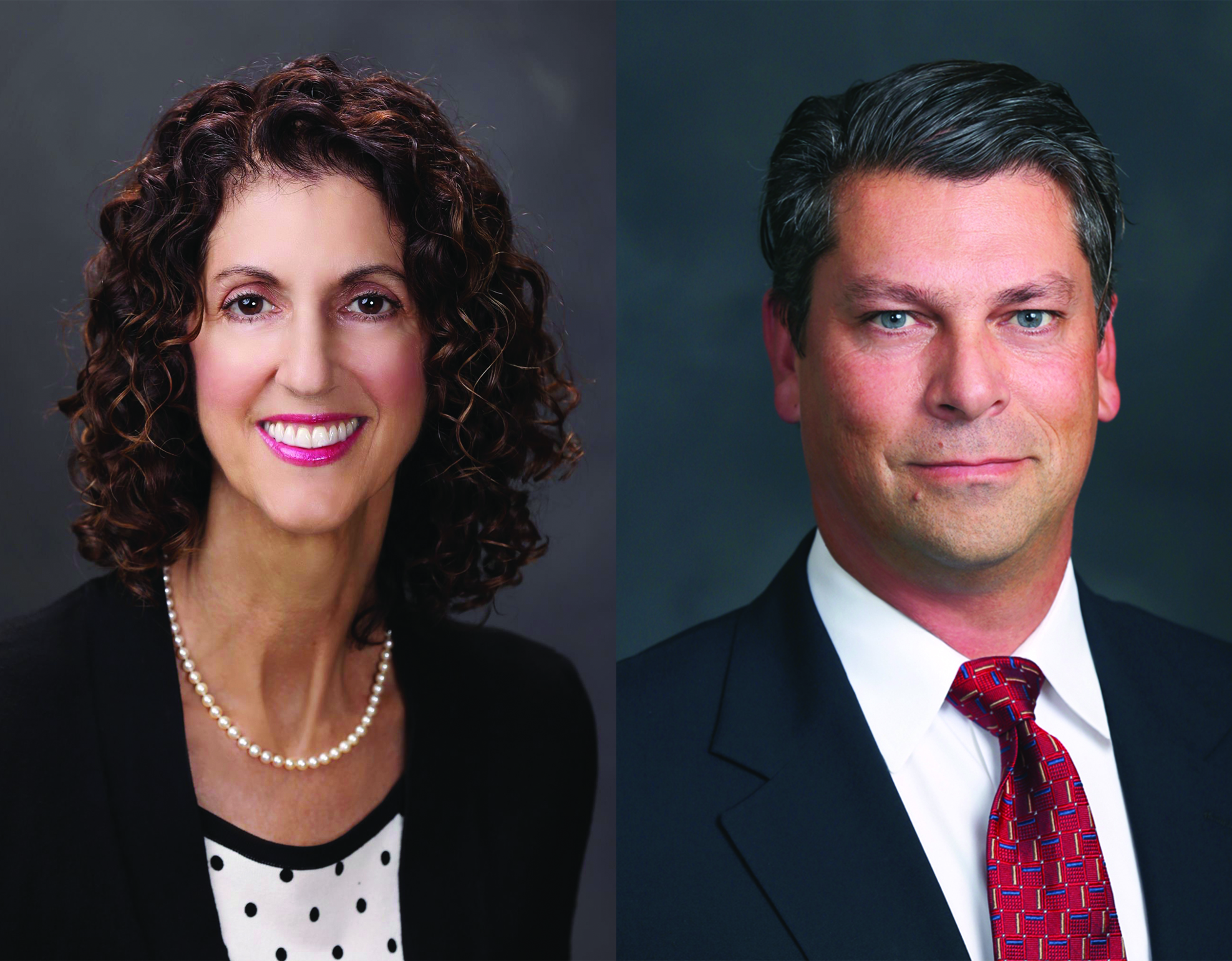 An investigator determined that allegations of gender bias and discrimination brought by Dana Point Councilmember Debra Lewis against Mayor Joe Muller were unfounded—a conclusion that Lewis calls a sham.

The complaints stem from a council meeting earlier this year but make references to incidents that occurred back in 2016.

Lewis had filed a complaint against Muller after a contentious city council meeting on Feb. 19. For the meeting, she had added an agenda item in order to discuss restructuring the planning commission so that each councilmember could nominate a candidate of choice from a pool of applicants. That nominee, preferably a resident of the district he or she would represent, would then need a majority approval from council. The planning commission is not districted, as council is, but prospective commissioners need majority approval after following through an application process as described in Policy 302.

“Each district is going to have different issues. Each councilmember has different goals and priorities as determined by the voters of their district,” said Lewis. “It’s more fair and representative if each of the commissioners represents the interests of their district.”

Following Lewis’s remarks, Mayor Joe Muller passed the floor to Councilmember Jamey Federico. Federico asked what would be done if there were no qualified applicants within one of the districts. Lewis answered that a councilmember could nominate a candidate from another district in that situation, but that the preference would be his or her own district.

“My question remains unanswered; how do we achieve what is being discussed here if we don’t have qualified people from a specific district? I think there are a lot of faults to this and ultimately I want to hear what other councilmembers have to say about it,” Federico said.

Lewis attempted to respond to Federico’s remarks before Muller instructed that she did not have the floor. Muller and Lewis proceeded to disagree and speak over each other.

“Miss Lewis, you do not have the floor,” Muller said multiple times.

“This is our chance to talk and debate. It’s very difficult to talk to someone and have an intelligent discussion.  . . . But if you don’t want to do that, we’ll go round and round,” Lewis said.

Upon each councilmember stating their position on changing Policy 302, Muller gave the floor back to Lewis, the lone woman on city council, to speak.

“I notice when Wyatt was talking, you had no problem cutting him off, asking him some questions, having a back-and-forth discussion . . . you didn’t jump in and say he didn’t have the floor. . .” Lewis said. “This is not the first time I have been treated differently on this council.”

Lewis alluded to members of the public who had spoken at the podium about her treatment on council in the past.

“I think tonight made it very clear,” Lewis said. “You were just fine having a back and forth with another councilmember to clarify something, which I have no objection. You were fine with Mr. Federico having a back and forth with me. But when I posed a question, you jumped in. I’m now adding my voice to the many residents who have asked me how I tolerate this. Well, I don’t.”

In response, Muller denied treating her differently. Lewis’s motion to change Policy 302 was voted down, 3-2, with Muller, Federico and Councilmember Richard Viczorek voting no.

Following adjournment of the council meeting, Lewis stated to Dana Point Times that there is misogyny on city council.

On Feb. 21, Lewis brought a complaint alleging gender bias, gender discrimination and sexual harassment and supplemented the complaint on Feb. 22.

“Ms. Miller conducted some of the interviews, and then it was discovered Ms. Miller might have a conflict of interest,” the report said.

According to Lewis, the conflict of interest was that Miller had previously retained a contract with Orange County Fire Authority, while Mayor Muller chairs the board of directors for OCFA.

The city then sought the services of Norman A. Traub & Associates, LLC to conduct an independent investigation, and investigator Kristine Exton was assigned “on or about” May 3. She reviewed prior interviews and proceeded with the investigation, according to the report.

On May 14, Lewis brought a second complaint alleging retaliation.

The report references a Feb. 22 Dana Point Times article in which Muller is quoted as saying, “Miss Lewis is not treated differently; she just acts differently.” According to the report, Lewis told the investigator that this was like saying she was asking for it in the same manner that rapists accuse their victims of asking for it.

During a May 7 council meeting, councilmembers discussed the Orange County Sheriff’s Department contract. Lewis brought a retaliation complaint against Muller after a motion was made to approve the contract, and Lewis made a substitute motion to wait until OCSD concluded pay negotiations with its deputies.

“Mayor Muller’s anger was so palpable, he willingly disregarded Council’s longstanding Rules of Decorum… to silence me,” the report quotes Lewis stating.

Councilmember Jamey Federico called the question (meaning that further discussion would not change any councilmembers’ minds). The calling the question should have had a second but Muller did not obtain it.

According to Lewis, the timing of the incident followed the discrimination complaint and Lewis’s refusal to sign a waiver of the investigator’s conflict of interest—implying retaliation.

Muller stated he made a mistake but that if he or anyone makes a mistake, anyone can make a point of order—which no one had. The investigator determined it was not retaliatory and that four out of five councilmembers have violated Rules of Decorum in the footage she had watched between February and May.

In the conclusive remarks Exton made in the report, she states Lewis exaggerated, omitted important information and was inaccurate in her testimony. Ultimately, Exton determined that the allegations of discrimination and retaliation are unfounded.

On Aug. 29, Lewis submitted a letter to Dana Point City Manager Mark Denny and the city’s human resources manager, Shelly Velez to memorialize Lewis’s objections to the report. The objections detail how Miller was retained as the initial investigator and that Lewis was not informed of the conflict of interest until two months into the investigation.”

“Dana Point knew or should have known of the conflict prior to retaining Miller,” Lewis states. “Despite Miller’s bias, it is apparent from the report that the subsequent investigator (Kristine Exton) relied upon some or all of the first investigator’s work product in forming her conclusions.”

The letter listed a total of eight specific issues Lewis took with the report. To view the full list, as well as Exton’s response, find the online edition of this article.

On Aug. 30, Exton issued a letter to Denny and Velez regarding Lewis’s objections to the investigation.

Lewis takes issue with Exton and Miller not contacting or interviewing numerous witnesses who had come forward publicly with their personal observations of Muller’s alleged gender bias.

One of the witnesses interviewed by Miller was Cindy Fleming, who served on the Parking and Circulation Task Force and labeled as Witness 1 in the report. The description for Witness 1 describes the witness to be a female member of the Parking and Circulation Task Force. Fleming was the only woman to serve on the force. Although she declined Dana Point Times’ request for comment on the investigation, she confirmed that she had never been contacted by Exton for an additional interview.

In the Summary of Witness 1, the witness states she finds Muller’s behavior abusive and negative.

“Please recall that (14) people were interviewed during this investigation,” Exton states. “Ms. Lewis had identified Witness 1 (Cindy Fleming) as having personally experienced gender bias from Mr. Muller. She was interviewed.”

Exton goes on to state that Lewis did not identify other witnesses with personal experiences. The other listed witnesses had seen gender bias firsthand by attending city council meetings.

Lewis also objected to Exton not personally speaking to some of the witnesses and still determining their credibility. Exton countered that she had listened to audio recordings of the interviews conducted by Miller and determined the prior investigator did a “good job; no bias by the prior investigator was found in her questions or tone.”

Exton’s response did state she agreed that Muller did behave inappropriately toward “Witness 1” but assessed her to not be credible, citing that she was hesitant in her speech, choosing her words carefully.

According to Lewis, Exton did not find any of the witnesses she submitted to be credible.

One witness Exton spoke to, whose summary appeared to be relatively neutral, opined that Lewis and Muller just don’t get along.

These people don’t get along as well as they should, the witness states. She stated the council is divided into two camps, and that “no one will break ranks. For the betterment of the city, councilmembers need to learn to work together and compromise.”

Dana Point Times requested comment from Exton and the office of Norman A. Traub & Associates, LLC. A representative from the office stated it was against the firm’s policy to comment on personnel matters.

Dana Point Times additionally asked both Lewis and Muller for comment on the investigation’s conclusion.

She added that blaming the person bringing the complaint is a classic technique of deflection.

“The report called me dramatic and that I over exaggerate,” Lewis said. “I don’t want to call myself the victim because I’m not a victim. But I’m bringing my concerns forward and they are being dismissed.”

Muller did not have much comment other than that he believed the report spoke for itself. He provided the following statement:

“It is unfortunate the taxpayers in Dana Point had to go through this investigation. As with all things political in nature, the truth, always, is revealed in the end. Now let’s get back to work,” Muller said.

Lewis said she was unsure if she would pursue other avenues regarding her complaints.

A California Public Records request was submitted to the City of Dana Point to see how much money the gender bias investigation against Muller cost, as well as the total amount of money the city has spent in the last five years on discrimination investigations.

The city has expended a total of $37,818.20 on the subject investigation. No other costs have been incurred in the last five years on discrimination investigations.