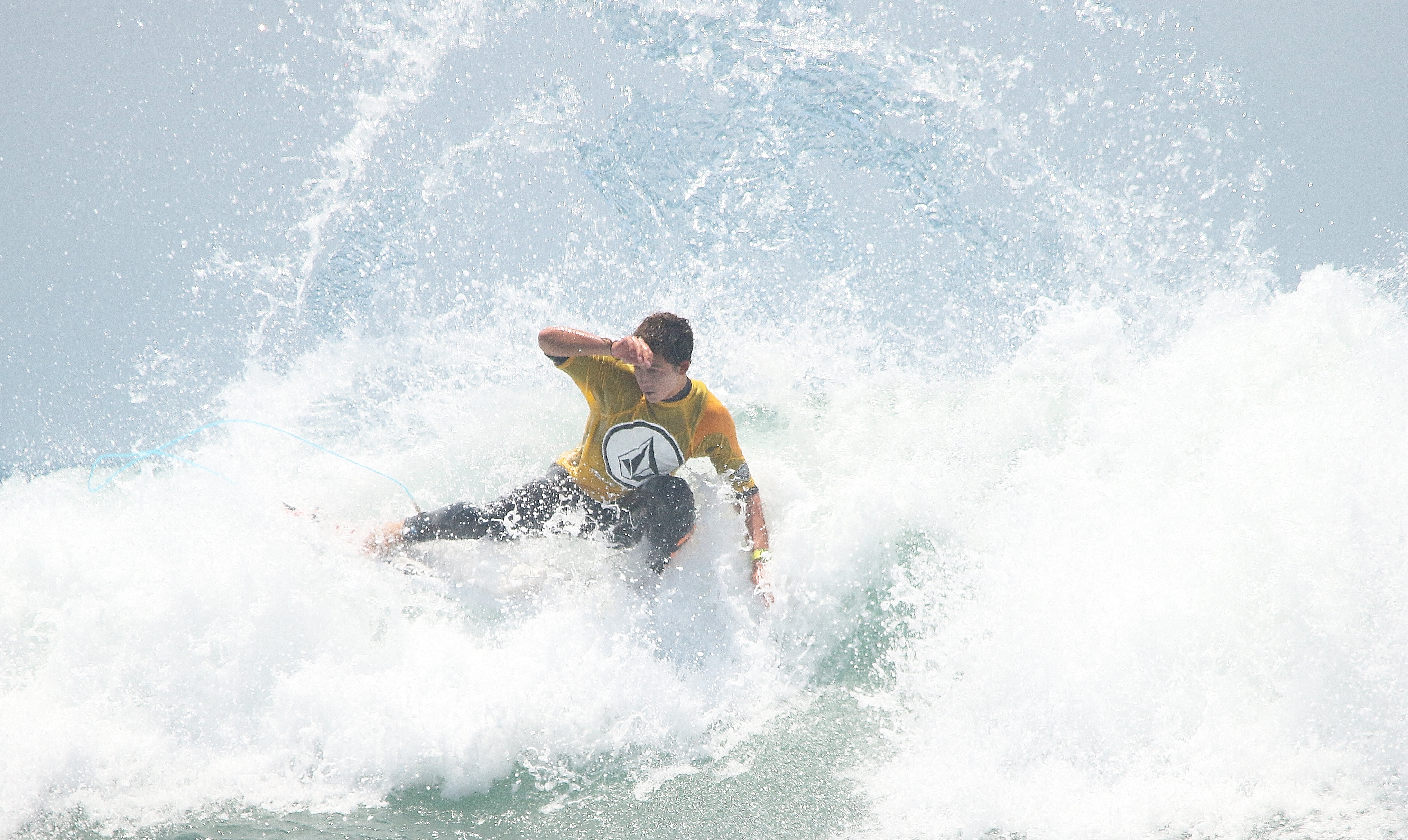 Consider that a kid coming out of high school with NBA dreams has about a 0.03 percent chance of playing pro ball. But in pro surfing, the chance that one will qualify for the tour plummets to a measly 0.0000014 percent. The side-by-side comparison illuminates two points: First, kids, stay in school. Second, when surfers in our community do join the elite ranks of the WSL Championship Tour, it deserves to be heralded for the nearly impossible accomplishment that it is.

As this story goes to press, the final event of the WSL’s Qualifying Series, the Vans World Cup of Surfing, is taking place at Sunset Beach on Oahu. Indicative of the hotbed of talent that Dana Point and San Clemente is, we’re fortunate enough to have a number of our surfers qualify for the Championship Tour with a big result. Here’s a quick breakdown of who needs to do what to graduate to the big leagues next year:

Of all the local boys, Tanner Gudauskas stands the best chance at qualifying for the Championship Tour. Currently ranked 19th on the Qualifying Series, he needs to finish ninth or better.

“For me, it has been a personal goal to requalify onto the Tour since falling off in 2010, but it has taken me a long time to actually face the challenge head on and give it my 100 percent effort,” said Tanner.

There’s an outside chance that Tanner could be joined on tour by older brother, Pat, who needs to finish second or better at Sunset to qualify. Sitting 30th in the Qualifying Series rankings, he has considerably more work to do if he wants to rejoin the tour. But after spending a few years on tour, he knows what it takes to get the job done.

A surprise name in the qualification conversation has been 18-year-old Griffin Colapinto. Coming off a statement-making third place finish at a contest in Brazil, he kept the pedal to the metal at the recent Hawaiian Pro, where he made an unexpected quarterfinal appearance, earning himself an equal ninth place result. Griffin is currently ranked 26th on the Qualifying Series and needs a fourth place finish or better at Sunset to graduate.

“That was such a big heat with so many big guys, everyone was pretty much on the CT in that heat,” said Colapinto after advancing through his heat on Day Three at the Hawaiian Pro. “I thought I was doing good to start and then I needed a big score and then I just made it happen I guess. … I’ve got the most confidence in the world right now.”

In the last few years, San Clemente has become a preferred haunt for world tour surfers looking to relocate. Thanks to its proximity to Lower Trestles, the Orange County-based surf industry and the Los Angeles International Airport, it’s an ideal jumping off point. As such, there are a couple transplants worth keeping an eye on.

Last winter, 23-year-old Evan Geiselman, who originally hails from Florida but has a residence in San Clemente, almost drowned while surfing Pipeline. This year, he came back with a renewed sense of purpose and now only needs to finish 17th at Sunset to join the Championship Tour. If he makes it, it will be one of the most inspiring stories in surfing in recent times.

“I didn’t know how I was going to come back from everything that happened last year in Hawaii or even how stoked I would be on surfing competitively,” said Geiselman earlier this fall. “But seeing how everything went this year, I’m not complaining.”

Another one to watch is Keanu Asing. Born and raised in Hawaii, he spends the offseason in San Clemente training with his girlfriend, who’s an MMA fighter. Asing’s already on the Championship Tour and could “double qualify” if he wins Sunset.

There’s still a lot of surfing left and anything can happen at Sunset, but with a little luck, San Clemente will have some hometown heroes to cheer for next year on the WSL Championship Tour.