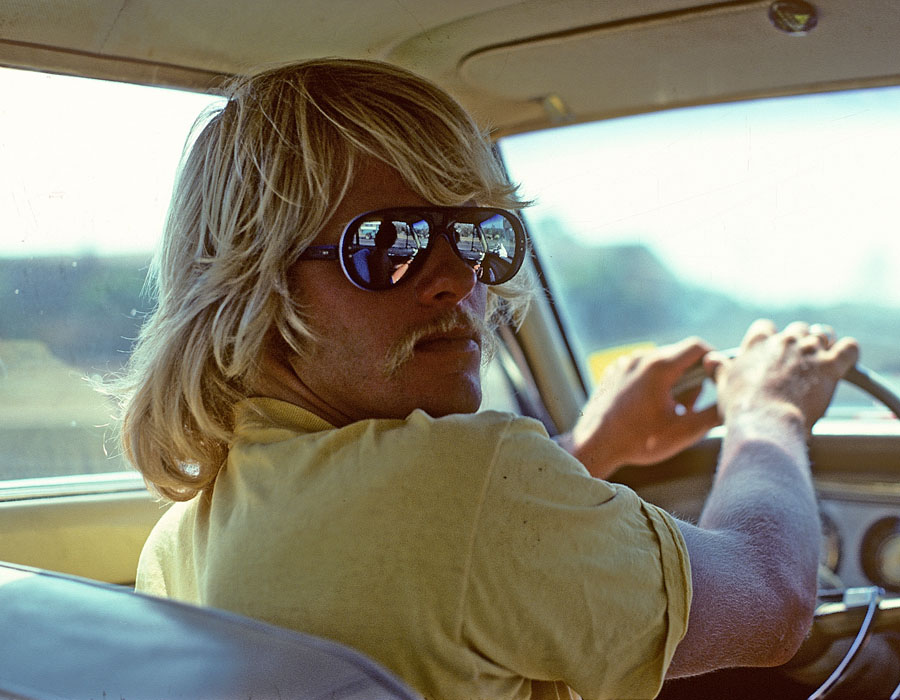 Cold Water and the Start of Surf Forecasts: Looking Back on How Sean Collins Shaped the Way We Look at the Ocean Today

Anybody notice the water all of a sudden got really cold around here? It’s crazy what a few days of wind can do to the water temperature. A few days of northwest breezes on the outer waters, and we’re back down to 60 degrees and wearing full suits—in August.

This time of year always makes me think of my friend, and as much of a mentor as I’ve ever had, Sean Collins.

During the summer of ’98, when I was just a young pup with an English degree and a lifeguard job in Seal Beach, it was Collins who offered me the opportunity to write the morning dawn patrol surf reports for Surfline, as well as do the voice recording for the phone-in report at 976-SURF. It was my first writing gig and probably why we’re here talking today.

“Good morning, this is Jake with your dawn patrol report for Orange County…”

Anybody remember 976-SURF? And who out there was glued to their fax machine every week for the WAVE FAX?

Tragically, Collins’ life was cut short by a heart attack in 2011. Over the years we spent together, I gleaned a lot of valuable oceanic knowledge from Collins. He also taught me a lot about life, but that’s a tale for another day.

Learning how to forecast from him was a bit like learning algebra from Albert Einstein. Collins always operated at a higher level.

The modern science of surf forecasting that most of us take for granted today didn’t really exist until Collins came around. Before that, the go-to for surf and swell information was a little hand-held weather radio.

The radios would report details such as wind speeds and swell periods in cryptic code, but the specifics of exactly when and where the surf locations were going to be good was left largely to the analytical, and perhaps imaginative, surfers—and most of them were very good at keeping secrets.

After growing up on and around the ocean, as both an avid sailor and hardcore surfer, Collins found himself, around 1978, 600 miles south of the border, deep in Baja, Mexico.

With a thin, cheap radio wire ringing his campsite, jerry-rigged and dangling from tent poles and cacti, a blond, mustached, Katin-wearing Collins devised a crude shortwave fax machine. The goal, after first establishing a signal, was to be able to trade swell information with his crew back in California. By analyzing and comparing the data, he boldly took the first steps in creating a legit surf forecast model.

Collins would also famously sit on the roof of his house in Surfside, the private beach community just south of Seal Beach, and with a stopwatch in hand, he would time the interval of south swells as they hammered the Huntington Harbor jetty.

It’s at this point that what was to become Surfline got its first pulse. Collins got his start recording the surf report on the phone for the Seal Beach Lifeguard Department. Clogging up the department’s phone lines, he soon set up his own surf report service.

By 1990, Collins had consolidated his wide-ranging network of scientists, data crunchers and wave-riders, and his business, Surfline, had evolved into the industry standard for surf forecasting.

Without a doubt, Collins was a visionary. And today, 10 years since his passing, his influence and impact continue to shape the sport of surfing and pursuit of perfect waves.

The team at Surfline just did an absolutely phenomenal job forecasting the surf for surfing’s debut in the Olympics. Predicting Japanese typhoon swell is no easy feat, and they pulled it off spectacularly.

Collins would also have been able to better articulate why the water just got so cold. All I can do is look down at my feet and mumble something about “winds on the outer waters” causing an “upwelling.”