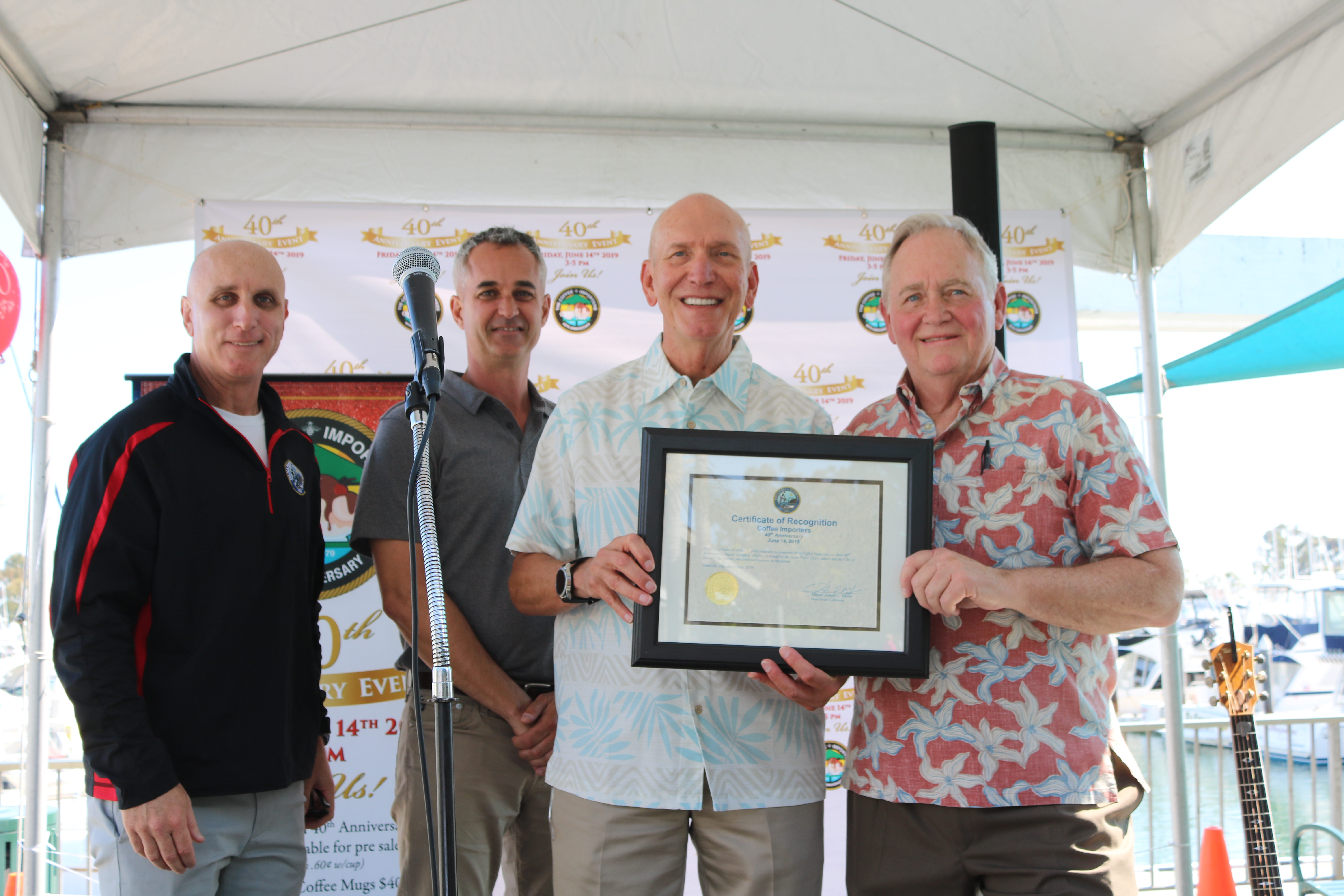 Coffee Importers celebrated its 40th anniversary of business with the public on Friday, June 14. Owner Jim Miller was given recognition from the City of Dana Point, as well as the offices of Orange County Supervisor Lisa Bartlett, State Senator Patricia Bates and Assemblymember Bill Brough.

The concept of Coffee Importers was initially conjured up by Miller’s parents, Bob and Bea Miller in 1979, with hopes of emulating a European-style café. Jim Miller and his wife, Michelle, helped to open shop in Dana Point Harbor. At Friday’s event, Jim announced that a new bakery will be opening in conjunction with the harbor revitalization, under the management of his daughter, Meredith Miller.

During the anniversary celebration, Jim also presented a check for $4,000 to Dana Hills High School’s Secondary Transitional Experience Program (STEP), a program for youth with disabilities.