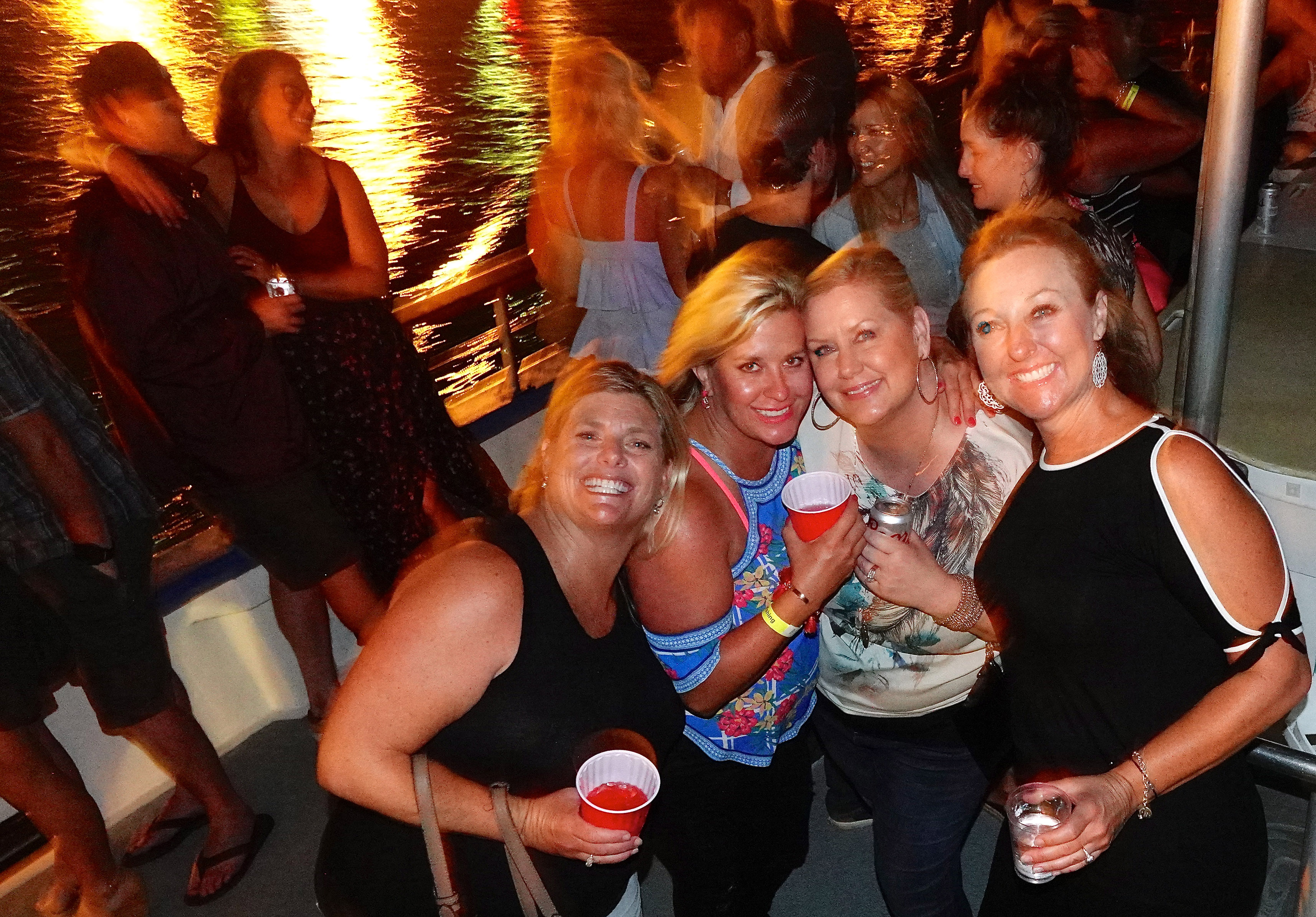 CoastLines by Fred Swegles: Saturday Dana Point Cruise is a Fun Time to be Had

For some time, I’ve wanted to check out Dana Wharf Sportfishing’s Saturday night music cruise, said to be in its 12th summer. It’s a party boat with a live band.

The house bands are mostly from San Clemente, so I figured a cruise would provide me a fun local angle for San Clemente and Dana Point readers.

The Aug. 11 cruise, featuring Flock of 80’s, did not disappoint.

Flock of 80’s frontman Alex Mackey had more than 100 partygoers under his spell from the moment the Dana Pride departed at 8 p.m. for a 90-minute series of slow laps around Dana Point Harbor. The dancing on board was not conducted in slow laps.

The cruise is $25. You get gorgeous views of the harbor, nonstop live music that will rock your socks or sandals off, some of the best people-watching ever and a welcome drink to entice you to return to the Dana Pride’s full-service cash bar.

Many cruisers stepping on board may have just had dinner and drinks at a harbor restaurant, so they are ready to rock from the get-go. Some will continue to party, after the cruise, at a harbor night spot.

“It’s an hour and a half of fun,” said Brooke Dobos, a second-time attendee, in a group of seven.

Because the Dana Pride is 95 feet long, you can situate your group as close to or as far from the amplifiers as you like. Some like it hot, others not.

Donna Kalez, Dana Wharf’s general manager, recalls that the cruise began in 2007 as a $45 excursion upcoast to Laguna Beach and back. Dana Wharf later decided the right mix was a shorter, lower-cost version.

“It’s really friendly,” said Flock of 80’s guitarist Robert Stevens. “Everybody is excited…groups of people that know each other. It’s not just a bunch of strangers thrown together. They’re ready to have a good time.”

Clusters of pals aboard may be there to celebrate someone’s birthday, anniversary or other occasion, or just because they follow a particular band.

The Aug. 11 cruise helped celebrate Summer Kerr’s birthday. The microphone was handed to her during a favorite song, her delivery drawing adulation from her entourage.

“It’s different than a bar atmosphere,” she said. “Just a good time.”

“This is my first time, and I’ve never had a better time in this harbor,” said Carlos Hermosillo. “I’m in this harbor every day, practically, paddleboarding. I had no idea what to expect…awesome music and happiness.”

Fred Swegles is a longtime San Clemente resident with more than 46 years of journalism experience in the city.