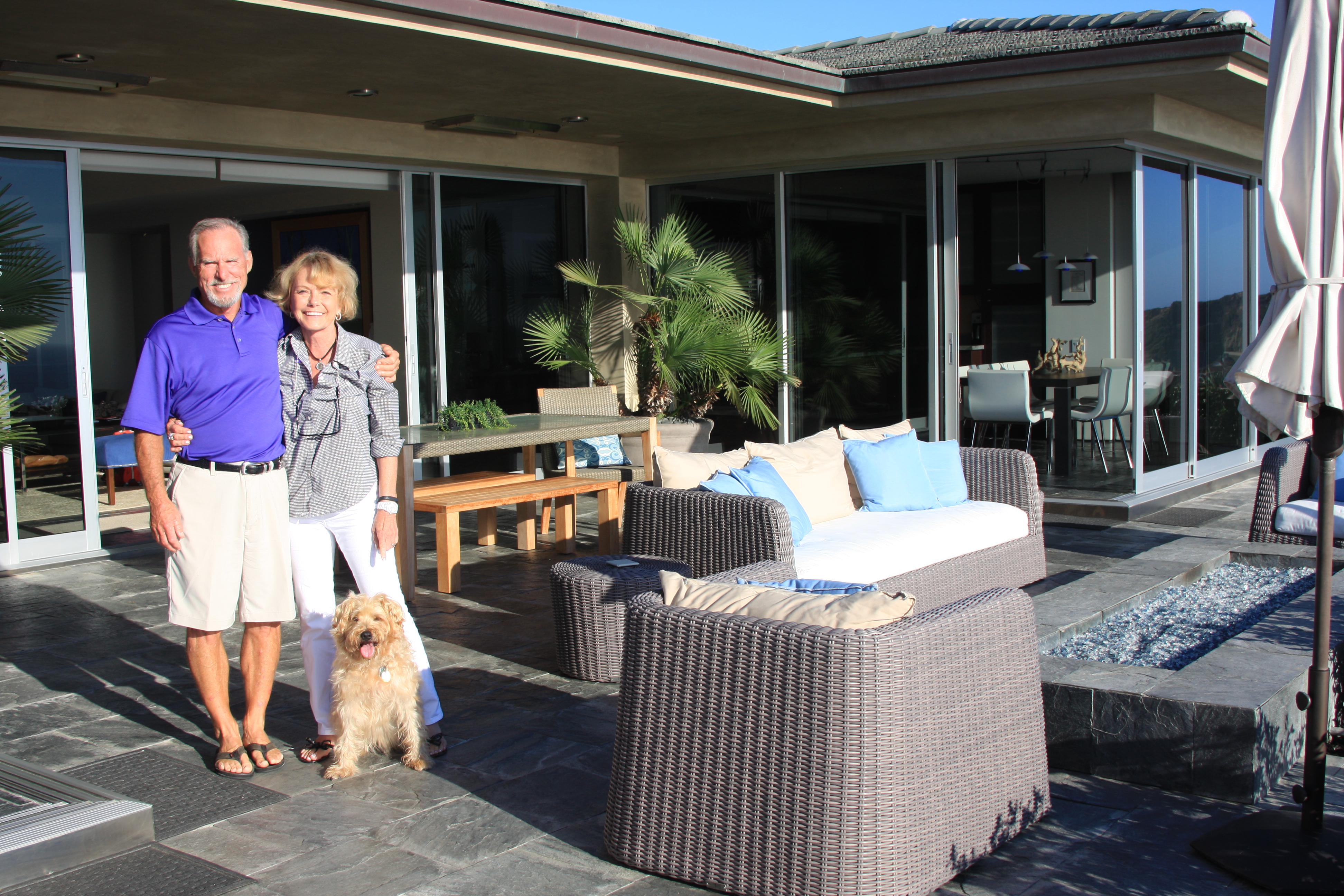 Dana Point’s history is often told beginning in the early 1800s when pirates anchored off the coast to raid the Mission San Juan Capistrano, or the story of the city’s namesake Richard Henry Dana Jr. arriving aboard the brig Pilgrim during the bustling hide trade era and later dubbing it “the most romantic spot in California” in his journal Two Years Before the Mast. But plenty has happened in the years since, adding to the colorful heritage the Dana Point Historical Society works in earnest to preserve.

In support of its efforts, the society hosts the Dana Point Historical Society Home Tour, a much anticipated event among the community. This year’s tour, set for Sunday, Oct. 5 and dubbed “Coastal Living Niguel Shores Style,” will mark its 14th year. The tour will feature homes in the Niguel Shores neighborhood, a gated community developed between 1970 and 1977 in the Monarch Beach area of Dana Point.

Although a large part of the society’s efforts are directed toward protecting historic buildings and archiving the city’s story within the walls of its museum at City Hall, it also aims to foster an appreciation of the city’s heritage by highlighting the people and neighborhoods that have made vital contributions to Dana Point, said Barbara Force Johannes, the group’s president.

“A majority of Monarch Beach residents, including those of Niguel Shores, voted to become part of the city of Dana Point when it incorporated in 1989,” Johannes said.  “Its inclusion is a significant part of the city’s history. To feature homes in Niguel Shores is emphasizing a more recent, but just as important, part of city history.”

“We try to alternate the areas of the city we emphasize each year,” Johannes said. “And we celebrate them as an important part of the greater whole—each contributing its own unique lifestyle, and flavor.”

The home tour is the Historical Society’s largest fundraising event of the year and has earned the support of a loyal group of sponsors. The first, founding sponsor Dan Raphael of Coldwell Banker in Capistrano Beach donated the seed money that started the tradition.

Raphael, a nearly 40-year resident, said at the time he was searching for a way to get involved in something that would benefit Dana Point.

“Over the years the Historical Society has does a lot of good, from preserving the heritage of our beautiful coastal city to offering scholarships to area youth,” Raphael said. “Sponsoring the tour has given me an opportunity to give back to the community. I feel honored to contribute.”

The tour will run from 11 a.m. to 4 p.m. and will include six Niguel Shores homes.

Attendees will tour a Spanish-style home with a curving staircase with tiles on the risers and an artistic wrought iron railing, a very modern home decorated in a minimalist yet elegant style, a classic casual beach house, a rustic home inspired by the owner’s admiration of historic barns, a home remodeled in the Tuscan farmhouse style and a soft contemporary ranch style that seamlessly bridges indoor and outdoor spaces.

Registration and parking will be at the Dana Point Historical Society Museum at City Hall, 33282 Golden Lantern, beginning at 10:30 a.m.

There will be free coffee and shuttle bus transportation to the homes.

A post-tour reception will be held at the museum following the tour.

Tickets are available at the Dana Point Chamber of Commerce, 24681 La Plaza, or at registration on the day of the event.

For more information, contact the Historical Society at 949.248.8121, dphistorical@hotmail.com or visit online at www.danapointhistorical.org.

One home on the tour is that of Jan and Dick Grabham, who bought in Niguel Shores three and a half years ago. The couple was living in Houston at the time and looking for a second home.

Originally from Indianapolis, the high school sweethearts have lived all over the world—from Baton Rouge, La. and Tulsa, Okla., to Antwerp, Belgium and Jubail, Saudi Arabia—thanks to Dick’s career as a chemical engineer at Exxon.

Their Dana Point home has become the ideal spot for the couple to enjoy retirement and host the families of their three children, which include five grandchildren.

The couple said the search for their retirement home at the beach took nearly four years—renting beach houses in the area—until they found their perfect spot in Niguel Shores.

The home was purchased from Steve Unger, who tore down the old home on the site and rebuilt in 2007 and 2008.

“I am thrilled to have this house on tour. It is an exceptional architectural gem,” said Mary Crowl, co-chair for the home tour. “The architecture in this house is so distinctive.”

Designed by architect Renato Trotta, the house is “soft contemporary” to the delight of Jan, who had always associated the word contemporary with “cold.”

“I am usually not a fan of contemporary. I’m more of a country French person,” Jan said. “I was looking for something more in the Cape Cod style but when I saw this home I knew Dick would love it. It wasn’t cold contemporary. I’ve tried to make it feel warm.”

With Jan’s eye for decorating and a few “ins” in the interior design world, she succeeded, filling the house with an inspired mix of designer furnishings that are both beautiful and comfortable.

The couple had a long list of things they were looking for—gated community, one story, low maintenance, room for family, ocean view, etc.

With six bathrooms, four bedrooms, a study that converts to a guest room and plenty of outdoor space, it met the couple’s wishes perfectly, they said.

Nicknamed the “floating house,” the walls and many of the built in features of the home appear to float above the natural gray quartzite floors that span the home’s 4,100 square feet and also extend to through the outdoor spaces.

Speaking of outdoor spaces, the house has a central courtyard with a 50-foot by 18-foot swimming pool and a large patio with a fireplace overlooking the Pacific.

Between the two spaces, the main living room and hallway are lined with walls of glass and sliding glass doors that open to create a huge indoor/outdoor living space.

The sleek modern kitchen, with its “floating island” and the master bedroom also open to the outdoors.

Stone accents are present throughout, including two massive polished slabs—with veins of cobalt blue lapis lazuli and gold tones—flanking the living room fireplace. Smooth river rocks also accent the quartzite walkways along the entry into the courtyard, surrounding the sunken hot tub just off of the master and in the outdoor bathroom near the pool where the sauna and steam shower are located.

The design also lends itself to the collection and display of the Grabhams’ passion for collecting art.

Regulars at the annual art festivals in Laguna Beach, the couple has a growing collection of works by local artists including Vladimir Sokolov, Kathy Jones, Susan Wade and more, as well as prints by Miro, Chagall and Tom Everhart.

As well-suited to the Grabhams as the house is, one of the best things about Niguel Shores living, they said, is not found within their home’s walls.

“We love living here too, because the people are really friendly and down to earth,” Jan said. “We found a real sense of community that we didn’t find in other places we looked.”