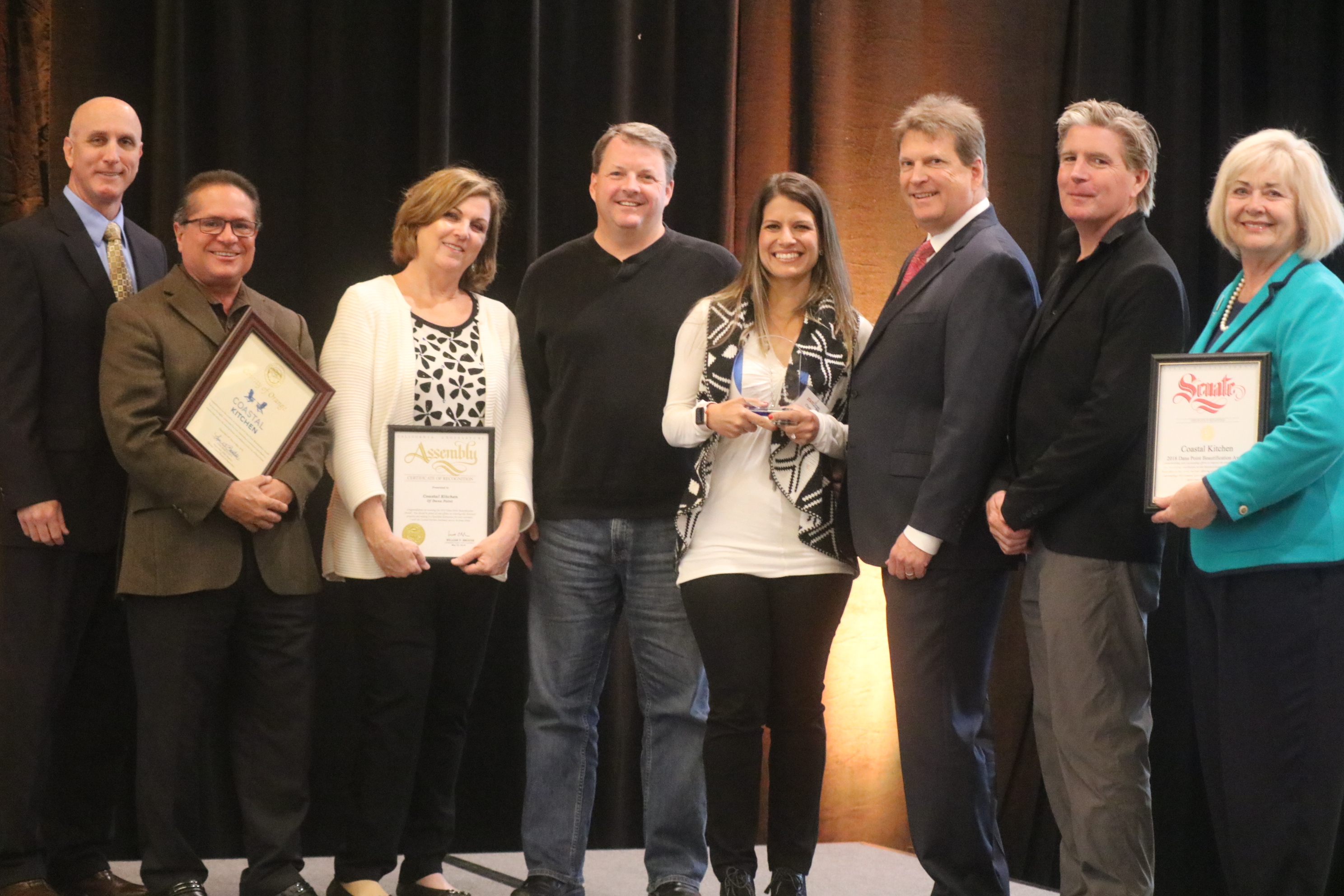 Coastal Kitchen, BevMo, Others Honored at State of the City Luncheon

Michael and Christina Grant (center), owners of Coastal Kitchen, took away one of four Beautification Awards at the 2018 Dana Point Chamber of Commerce State of the City Luncheon on May 30. Other winners included South Cove, BevMo and Harpoon Henry’s. Photo: Daniel Ritz

The Dana Point Chamber of Commerce held its annual State of the City luncheon at the Laguna Cliffs Marriott Resort & Spa on May 30.

Mayor Richard Viczorek followed, presenting a video made by Chamber of Commerce members, which reiterated his message of Dana Point being a great place to invest with abundant natural resources, future growth potential and cultural identity.

For a full schedule of events, and more information on the Dana Point Chamber of Commerce, visit www.business.danapointchamber.com. –DR