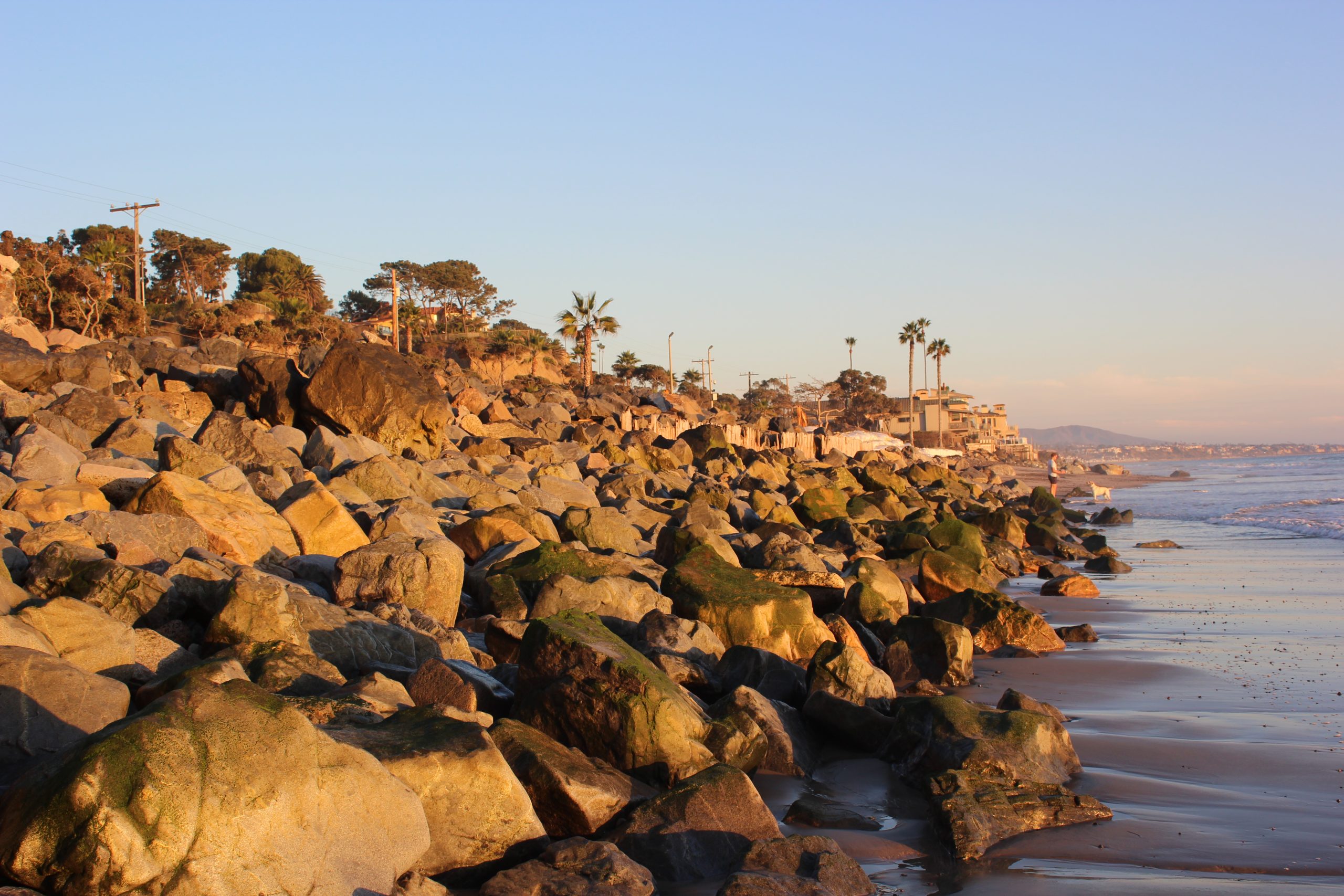 To shore up the crumbling coastline at Doheny State Beach and Capistrano Beach, the California Coastal Commission (CCC) this week approved the implementation of a nature-based adaptation pilot project.

During its meeting on Wednesday, Nov. 16, the CCC approved the plans that look to bury a roughly 1,150-linear-foot cobble berm buried beneath vegetated sand dunes. The preliminary cost estimate to construct the berm and dunes is expected to range from $8 million to 14 million.

The berm would extend from the coastal trail at the southwest end of Doheny State Beach down to the northwest end of Capistrano Beach County Park.

“Development on the beach here has been damaged by storms, flooding and erosion in the past, and has more frequently been threatened or damaged by storms and high tides in recent years,” CCC District Supervisor Dani Ziff explained to commissioners.

A portion of the boardwalk and steps at Capistrano Beach collapsed because of high surf on Nov. 29, 2018, with further damage seen the next day. OC Public Works soon installed more than 1,000 tons of large rocks in place of the boardwalk.

In November 2021, the CCC gave OC Parks an extension of its coastal development permit (CDP) to allow the agency to protect the Capistrano Beach shoreline with temporary boulders and sandbags. However, OC Parks was tasked with returning to the commission to obtain a new CDP for its proposed nature-based adaptation project.

“From 2015 to 2020, at least one emergency permit was requested each year to address or avoid imminent damages to public facilities at the project site,” Ziff said.

Other living shorelines at Cardiff State Beach in Encinitas and Surfers Point Beach in Ventura, “have withstood storm events and experienced relatively natural, seasonal erosion and accretion cycles and successfully provided protection with some ecological benefits,” according to Ziff.

The dunes can also provide a habitat for plants and coastal wildlife and will inform larger sea-level rise planning efforts, Ziff explained.

To test two different strategies, one section of the berm would also be protected with an armor rock backstop, while a portion would go without.

Members of Surfrider Foundation spoke in favor of the pilot project, with the caveat that the commission reject any riprap at the south end of Capistrano Beach. Mandy Sackett, Surfrider’s California policy coordinator, urged the county to pursue “managed retreat with nature-based adaptation for this portion of the beach as well.”

Dana Point Resident Rick Erkneff noted that the existing riprap at Capistrano Beach has been badly damaged, emphasizing that Surfrider is in favor of a fully nature-based approach.

Echoing Erkneff’s comment, Sackett added that the foundation is “deeply concerned, however, that OC Parks is proposing to armor the rest of the park along with the parking lot instead of committing wholeheartedly to this nature-based solution.”

“Surfrider really, greatly appreciated the efforts, on behalf of OC Parks, State Parks and the Coastal Commission to push forward innovative solutions at Capistrano Beach,” Sackett continued. “We’re really optimistic that the nature-based project will be successful for the interim term or long term for the northern portion of the park.”

Commissioner Caryl Hart noted that she was not optimistic for the future of the parking lot at Capistrano Beach.

“By 2029, I would anticipate the beach is going to be pretty much gone,” Hart said. “It’s a very bad situation but I understand the need to support it, given what’s going on over there.”

The temporary development authorization for the nature-based adaptation pilot project will expire in seven years, unless OC Parks applies for a permit for a mid- to long-term adaptation strategy.

The monitoring program will take place for a five-year period following the completion of construction. If the pilot program fails before the seven-year expiration date, OC Parks would need to come back to the Coastal Commission for an emergency coastal development permit.

“First of all, I gotta say, I love the simulation, the look of the simulation,” Commission Chair Donne Brownsey, referring to renderings of what the dunes will look like. “These are the kinds of projects that we want to see, and I really want to shout out Parks and OC Parks, because three years ago, we were nowhere, and this is an incredible effort.”

“I super hope that this is a successful nature-based adaptation,” Brownsey continued, “because this is a perilously threatened area.”