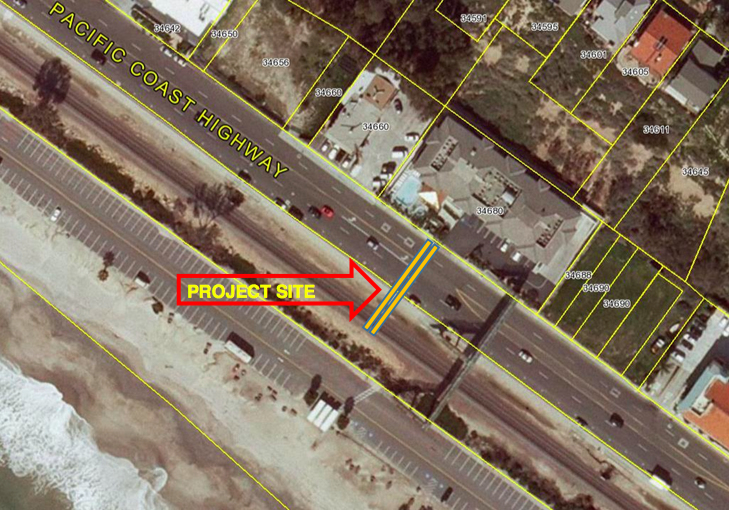 Plans to build a crosswalk on Coast Highway at the Surfside Inn were approved by the Planning Commission and City Council this week.

The project includes the construction of a fully signalized, at-grade pedestrian crosswalk/intersection. Approval of the crosswalk comes after it was determined that the pedestrian bridge over Coast Highway would be demolished. The County of Orange is responsible for the destruction and has applied to the California Coastal Commission for a development permit. The county will leave the bridge over the railroad tracks until a separate project to replace it has been approved.

The County of Orange determined the bridge, which was built about 30 years ago, was deemed to have excessive concrete spalling, corroding reinforcement and did not comply with the Americans with Disabilities Act for its lack of an elevator.

Plans call for signage to alert drivers of the new crosswalk once it is constructed. The Commission also said that no parking will be lost in the area because of the crosswalk construction.

The county will conduct a traffic management plan to consider public comment and discuss traffic control plans, rerouting of busses, local access to the area, parking and more. The bridge will not be torn down until the county provides a safe method to cross Coast Highway.