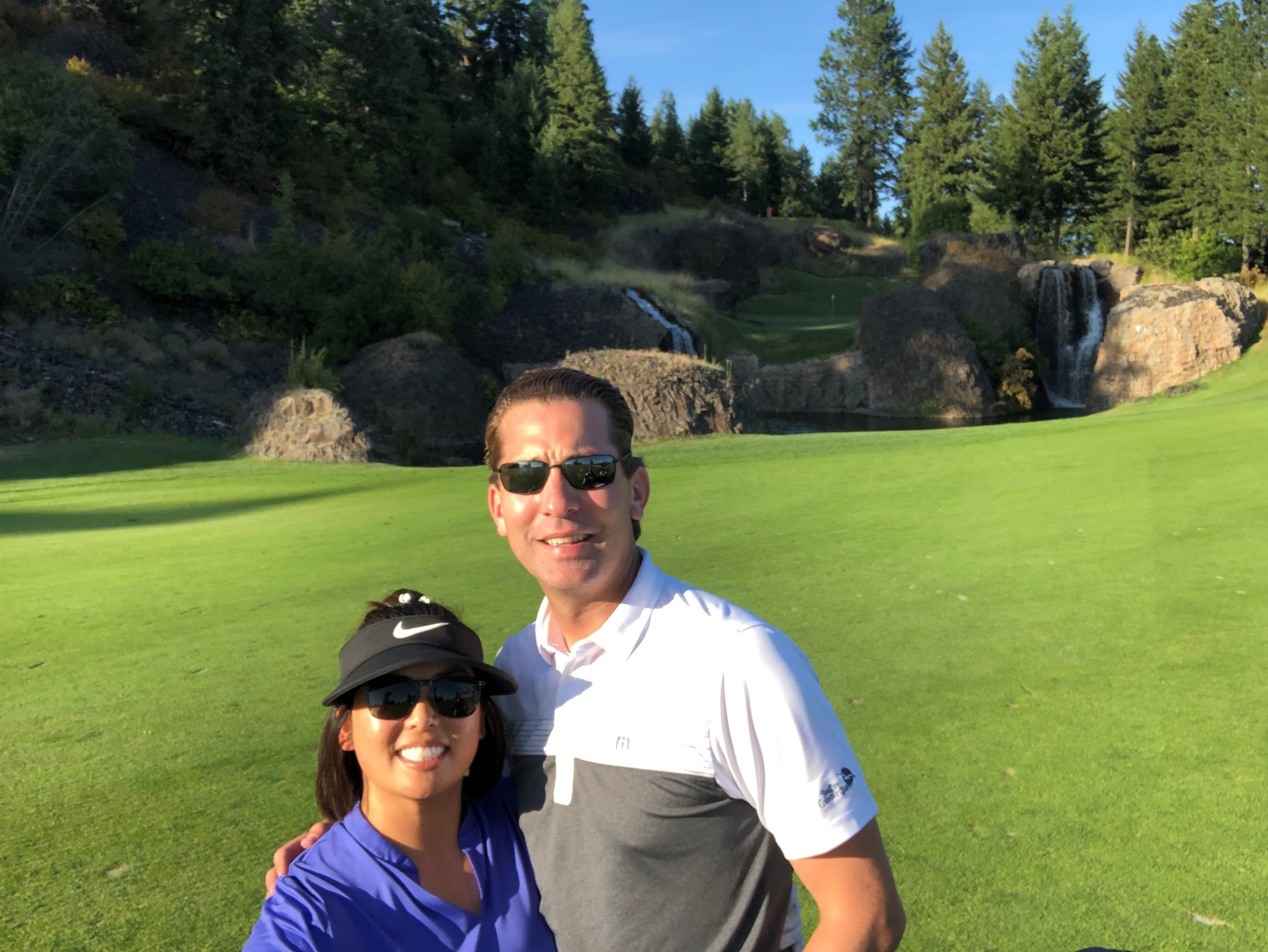 Robin Shelton was 9 years old and living in San Juan Capistrano, about three miles from Marbella Country Club, when he swung a golf club for the first time.

But his parents remember it better than he does, and the memory makes them cringe.

That’s because Robin was out in the middle of a street near his home, using his father’s golf clubs to play his version of street hockey. Sparks must have been flying.

“At least that’s the story I’m told,” a smiling Shelton said in an interview last month, shortly after being named the new general manager at Newport Beach Country Club. “I don’t remember it, but that’s the legend my mom (Sara) continues to tell.”

“My dad said, ‘Hey, if you’re going to use these, let’s teach you how to use them the right way,’ ” Robin recalled.

So father took son and his scuffed-up irons to a nearby driving range to learn how to swing golf clubs in the traditional fashion, hitting balls off a tee toward a target. It didn’t take long for Robin to get hooked on the game that became his passion, his profession and his life.

Moving his practice swings from the street to his front yard, Shelton remembers “as a little guy . . . hitting plastic Wiffle balls across the street to different neighbors’ yards.” One of those neighbors was Susan Taylor, then a member at Marbella CC.

“She tells the story that I would always be hitting golf balls over her car as she was (driving) up and down the street,” Shelton said, smirking. “I always thought we would stop when cars came, but stories get embellished over the years.”

Whatever happened, it proved to be a fortuitous connection between neighbors.

Years later, as a top student and the No. 1 player on the Dana Hills High School golf team as a senior in 1999, Shelton won a $10,000 college golf scholarship from the Marbella Scholarship Foundation to continue his career at UC San Diego—a foundation that had been started by Taylor at the private golf club in San Juan. (Perhaps she had remembered Robin from his childhood Wiffle ball days in the neighborhood.)

Turns out, Dana Hills and Marbella CC played important roles in Shelton’s development into one of the most distinguished and decorated club professionals in Southern California on the way to becoming a Master Golf Professional and then reaching the upper echelon of golf club management.  This past December, he also was elected to a two-year term as president of the Southern California Section of the PGA of America (SCPGA), the governing body for more than 1,700 club professionals at more than 500 facilities in the area.

“I have two memories that stand out from my time at Dana Hills High School,” Shelton recalled. “Everything associated with the golf team—the friends, golf matches to San Diego and Palm Springs . . . the home matches at Monarch Beach (Golf Links) and El Niguel (Country Club) . . . and the life lessons.

“And secondly, it would be academic memories. I took AP (Advanced Placement) courses and set some high goals. For some people, academics came naturally easy. For me, I really had to work hard at it. I remember spending time after school and before school studying hard, which created a work ethic that I’m grateful for today.”

Upon graduation from UCSD in 2003 with degrees in political science and history, Shelton conceded he was still uncertain about his career path.

That’s when he returned to Orange County and began working full-time as an assistant club pro at Marbella, a natural fit considering his San Juan roots and having earned the college scholarship from the club’s foundation.

“I think Marbella is a pretty special place. I enjoyed working there, but at the time, I didn’t really know why I enjoyed it,” Shelton said, referring to moments of introspection. “I finally figured it out. … One day there, a guy told me I looked really happy. I said, thank you. When I went back to my office, I realized I was happy because everybody else was having a good time. That was the first moment I remembered thinking, ‘Hey, this (profession) is good. This is my calling.’ ”

During his nearly 10 years at Marbella CC (from 2003-2012), Shelton worked his way up from assistant pro to director of golf, a tenure in which he worked under four head pros and seven different general managers and also included the years he worked toward becoming PGA-certified as a club professional. He became certified in 2006 and then became the first club pro in PGA of America history to be certified in all seven disciplines: instruction, general manager, golf operations, player development, retail, executive management and ownership/leasing.

“I didn’t have a life in my 20s; I was always in school,” he said, joking that he spent so much time studying because he didn’t have much of a social life.

That, however, changed while pursuing his Master of Business Administration at Pepperdine, from 2009-2011. It was there he met his future wife, Joyce, also in the MBA program.

Three years later, they were married. Joyce also still works in the golf business, as a regional manager for American Golf, based out of Coyote Hills GC in Fullerton. Now residing in Rancho Mission Viejo, Robin and Joyce both are very busy, but they still try to tee it up together once a week and go on golf vacations around the world, chasing their goal of playing every course on Golf Digest’s 2011 list of the “World’s Greatest 100 Courses.” Impressively, they have checked off 70 so far.

After gaining certification in all seven PGA disciplines, Shelton decided to become a Certified Club Manager (CCM), which he achieved in 2019 during his 5½-year tenure as general manager at SeaCliff Country Club in Huntington Beach, his previous stop on the golf course management merry-go-ground.

If it sounds as if Shelton is driven, it’s because he always strives to better himself, following a Japanese business philosophy called “kaizen,” endorsed by Tiger Woods.

Robin Shelton has accomplished a lot in the game, and he’s only 40. It is obvious he loves his job, especially the challenge of helping to build a unique culture at each club he has worked. But what he is most proud of is that he has mentored more than a dozen colleagues who have gone on to leadership positions in the industry. His passion for the game also continues to grow.

“Golf is an incredible global force for good,” Shelton said. “There are very few things in the world that connect people like golf, and there’s nothing that can deepen relationships and friendships like golf can.”

Especially after you learn the right way—and, most important, the right place—to swing your father’s golf clubs.