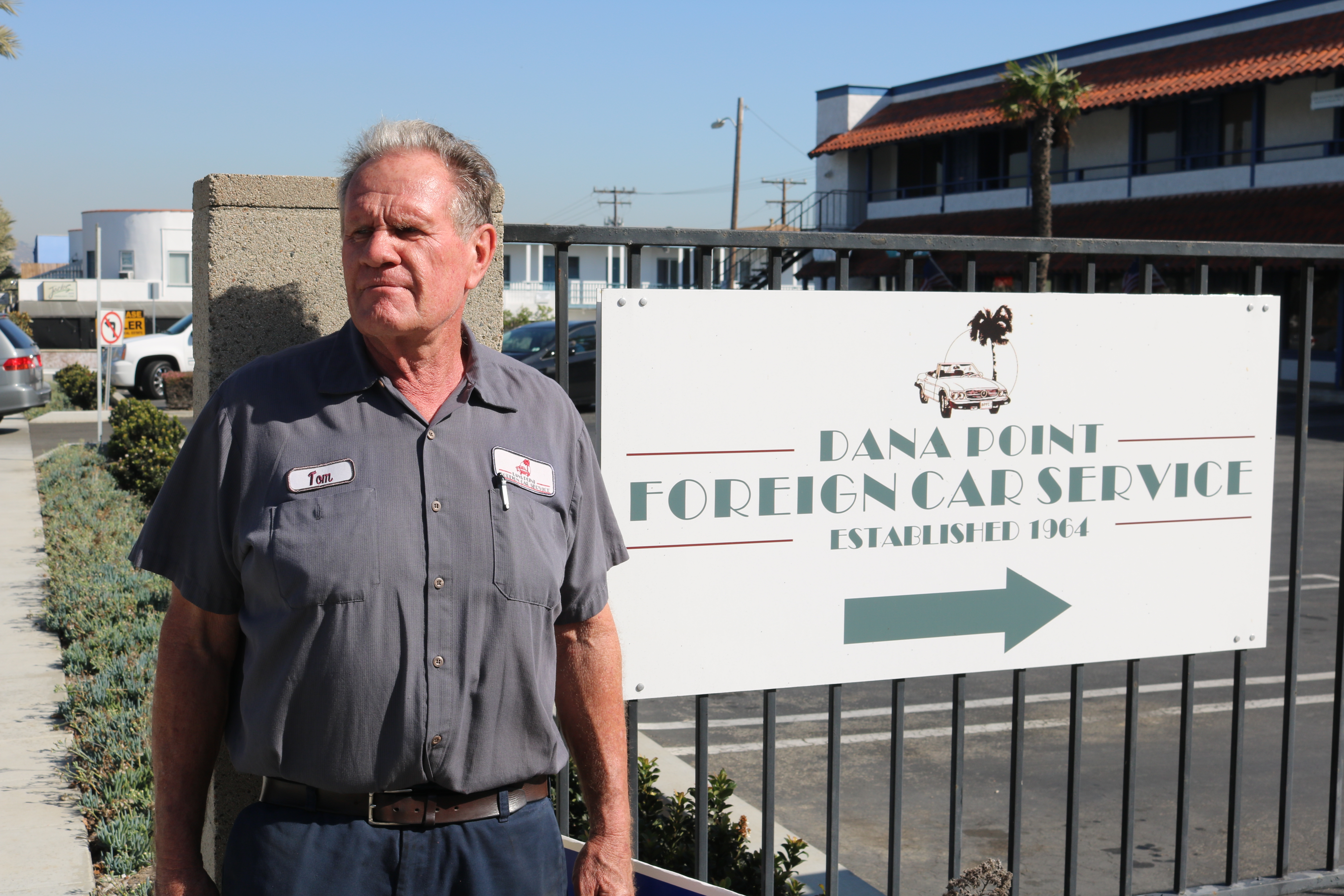 Closing Shop?: A longtime Del Prado auto repair business may have to close its doors for good

Tom Volkmann, owner of Dana Point Foreign Car Service and member of the Dana Point Town Center Subcommittee, received a violation notice over the summer saying he was violating his conditional use permit and the Dana Point Municipal code.

Now, the local business owner is being asked to cease operations after more than 30 years of serving the city unless he remediates what the city claims are violations. However, it’s a catch-22 for Volkmann—the city wants him to stop repairing cars on the property, so if he complies with the order, he’ll own a car repair business that can’t repair cars.

Dana Point Foreign Car Service has been open since 1964 and originally received a conditional use permit from the county. When Dana Point officially became a city, Volkmann said the permit was “grandfathered” in.

Volkmann said on few occasions since 2002, the city has told him the business was not conforming to the permit, but he said the city has always worked with him to solve the issue. Now, Volkmann said they didn’t inform him of new issues, but sent him a letter that said he needs to cease auto repair work outside the facility within 30 days, and cease all auto repair work on the property within 90 days.

“If they had just come in and said, ‘Tom, we have issues, you’re not conforming,’ then we would have worked with them,” Volkmann said. “They basically started at the other end with a threatening letter. That’s not the way a community normally operates.”

He added that previously, about a decade ago, the city told him he was not conforming and gave him a list of things he needed to fix.

“We did that, and they were fine with what we were offering,” Volkmann said.

The attorney’s letter from the city said Volkmann has not taken the necessary action to bring the business into compliance, and has chosen “to ignore the city’s efforts.” It stated after the county approved of the permit, Volkmann had to be limited to minor repair work and perform that work within the interior of the shop.

Volkmann said he believes a complaint was made from a nearby residence, but could not confirm anything. He also said the loudest thing in his shop is the radio, and that he disposes of auto fluids efficiently.

City Manager Doug Chotkevys previously said “the code enforcement case initiated many years ago as a result of neighborhood complaints.”

City Attorney Patrick Muñoz said the city declined to comment on anything further.

Next to Volkmann’s shop is Bill Sandberg’s Dana Point Hardware, another small business that has been in the community for years. He said what’s happening with Volkmann is worrisome.

“I think it’s a trend that the city is going to continue on. They didn’t want Tom here or this type of business. I think they’re working their way along; they don’t want laundromats, they don’t want dry cleaners, and they don’t want this because it isn’t a Palm Springs shopping area,” Sandberg said.

Many customers have voiced concerns over Volkmann potentially closing up shop.

“It’s nice to go somewhere you trust; it’s a trust kind of city,” said Norris Lozano, a Capistrano Beach resident. “I hate to see these good local businesses kicked out so the lot can be power washed and put something new in. I hope they don’t do that to him.”

Currently Volkmann is working with an attorney to delay the closing for as long as possible.

“We support five families,” Volkmann said. “All of my employees have been here for years.”