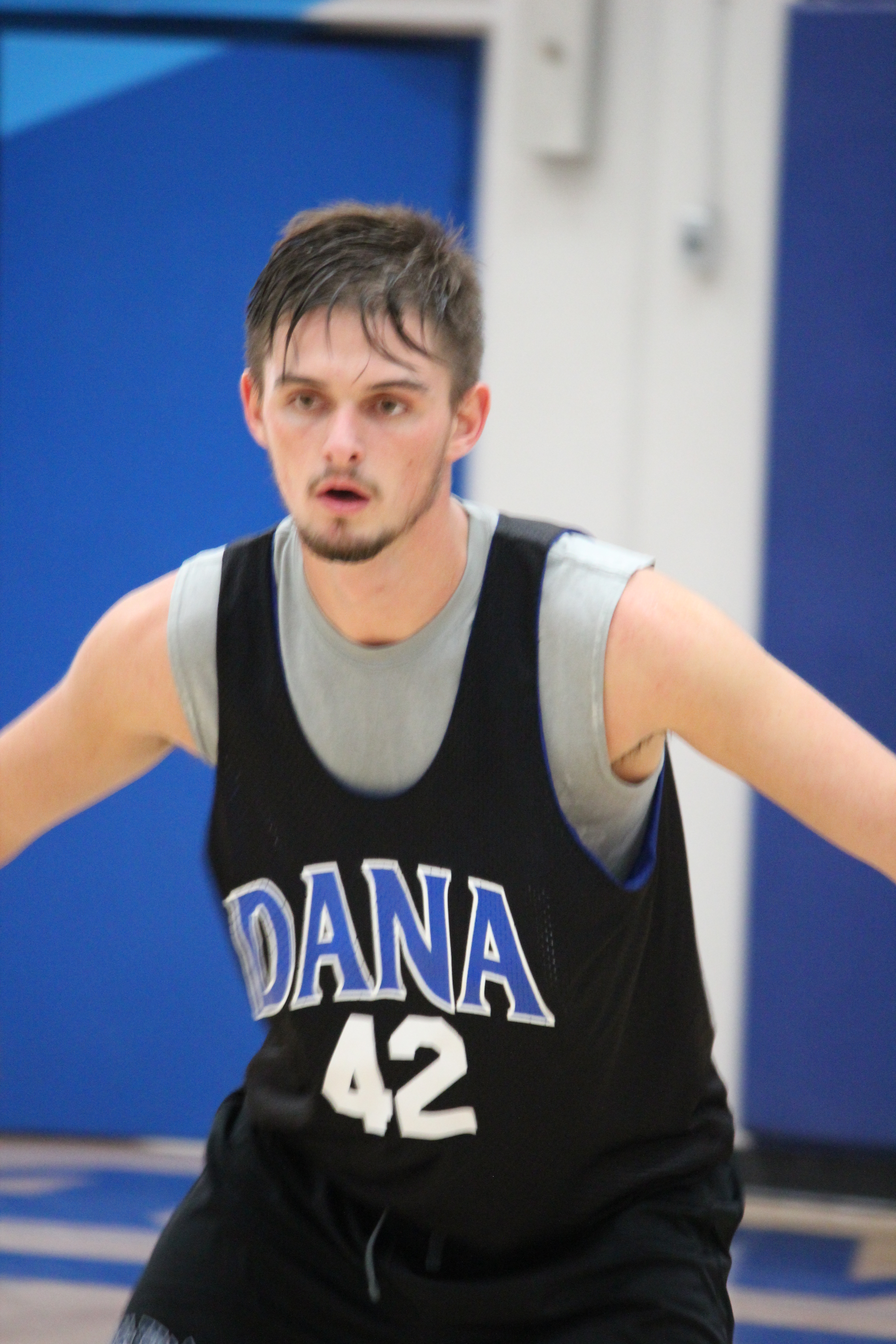 At 6-feet-5-inches tall, watching an opposing guard mark him as he brings the ball up the court is often comical, given the height difference. But when Clendenen is on his game, working the Dolphins formidable inside-out offense, the team excels.

That was the case in the Dolphins 54-36 win over Sea View League rival San Clemente on January 23. Clendenen only scored two points in the win but dished out a game-high six assists, effectively breaking down the Tritons (10-10, 1-2 league) zone defense and propelling the Dolphins (16-4, 3-0) to their third win in their last four games.

With the Tritons running a zone defense, the Dolphins opened the game shooting 3-pointers and built an early lead. As San Clemente, who as playing without reigning league MVP Sam Darnold, mounted an answer, the Dolphins started going inside.

Clendenen continually found center James Taylor down low, throwing multiple no-look passes to the 6-foot-8-inch big man, who helped fuel a 14-3 Dolphins run in the second quarter. Taylor finished the half with 10 points.

“That’s something we’ve been able to keep consistent is me and James working high-low. It’s probably something we work the most on in practice,” Clendenen said.

The Tritons were able to draw fouls and get to the free-throw line in the third quarter and pulled within five points while the Dolphins offense went cold.

With the Dolphins leading 38-32 early in the fourth, Clendenen again ignited an exciting play with his timely passing. With the ball at the top of the key he threaded a pass to Taylor in the paint, who found a cutting Eric Matheis who laid it in for an easy layup faster than one could say tic-tac-toe. The Dolphins eight-point lead would only grow from there.

The team’s effectiveness can be tied directly to Clendenen, the 6-5 “point-forward”, and his ability to get their inside-out attack going.

“He’s our point guard yet he’s 6-foot-5. It’s a great advantage to have a kid that’s so unselfish and he can see the floor,” head coach Tom Desiano said. “Because of that we like to get the ball in his hands at times and let him do his thing.”