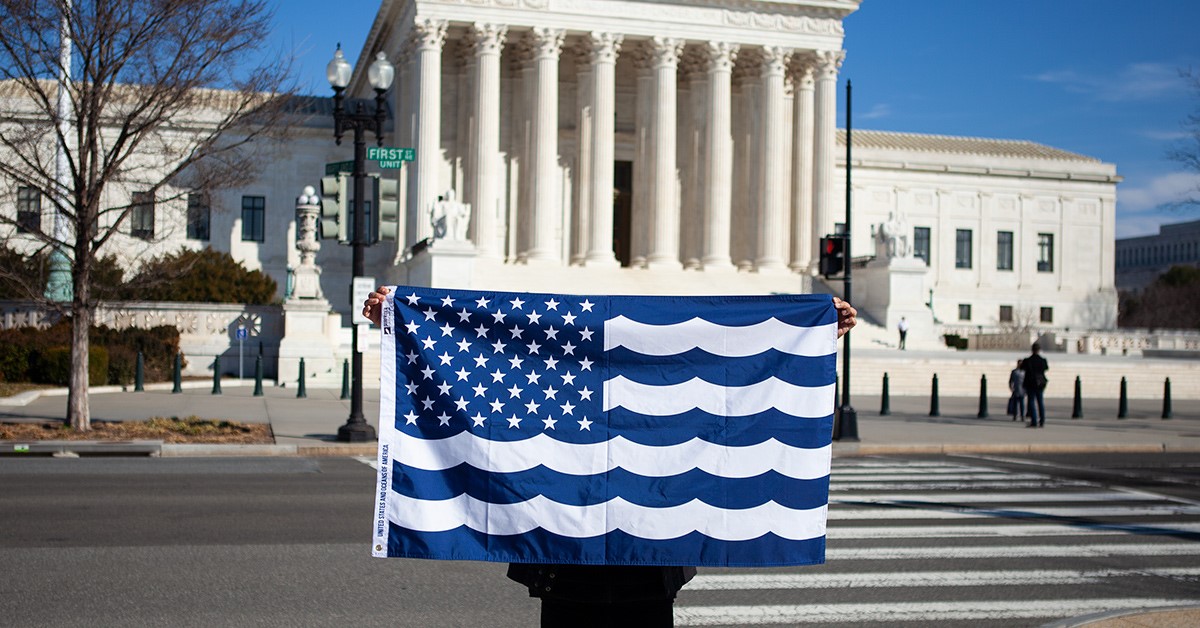 On Nov. 6, the Surfrider Foundation, a local environmental organization, went before the U.S. Supreme Court to defend the Clean Water Act.

In this case, the San Clemente-based Surfrider Foundation’s Maui Chapter has been endeavoring to stop Maui County’s Lahaina Wastewater Reclamation Facility from discharging millions of gallons of treated sewage into groundwater on a daily basis. The contaminated groundwater flows to the ocean, which then causes a myriad of issues.

Billed as the “Clean Water Act case of the century,” Surfrider first filed the lawsuit in 2012, contending that Maui County’s use of underground injection wells had directly polluted the area’s groundwater, which then subsequently affected sensitive coral reefs and the public recreation area at Kahekili Beach.

“We are arguing against Maui County’s extremist position that unless a pipe goes directly into the ocean or a lake and river, it is completely unregulated by the Clean Water Act,” said David Henkin, staff attorney from Earthjustice’s Mid-Pacific office, who argued the case. “If the Supreme Court endorses the county’s position, it would open a massive loophole for every polluter in the country to avoid regulation of their discharges by the law that protects the nation’s waterways.”

In a previous ruling, the Ninth U.S. Circuit Court of Appeals sided with environmental groups that argued the groundwater discharges damaged a coral reef and amounted to a “direct” injection of wastewater. After years of working its way through the court system, the case landed before the Supreme Court on Nov. 6.

Up until 2016, the U.S. Environmental Protection Agency sided with the environmental groups’ stance, but under the Trump Administration, the Clean Water Act has been under fire.

The justices were reportedly divided on the case. Justices Elena Kagan, Sonia Sotomayor and Stephen Breyer called Maui County’s argument a “road map” for other potential polluters in the future.

But Breyer also appeared to side with Justices Neil Gorsuch and Brett Kavanaugh, who were concerned about safeguarding businesses and private homeowners from potential litigation.

A decision is not expected until the spring of 2020, but it could come in as late as June.

While the case specifically focuses on Maui, the repercussions are anticipated to be wide-ranging and affect not just coastal communities around the U.S., but other places dealing with the issue of groundwater pollution.

This case is of particular interest for gas and oil companies. In a report from NBC News, the pipeline company Kinder Morgan Energy Partners, which operates more than 80,000 miles of pipelines transporting natural gas, crude oil and gasoline, was highlighted. The company is also named in another suit pending before the court, which contends it violated the Clean Water Act in an accidental pipeline discharge into the groundwater.

“We have been fighting for nine years for the protection of clean water and public health for all people,” Tim Lara, of the Surfrider Foundation Maui Chapter, said in a prepared statement from the organization. “This case is about more than defending Maui’s coral reef at Kahekili Beach Park, which has been devastated by the 3-5 million gallons of wastewater dumped into groundwater every day by the County of Maui. This case is also about defending the Clean Water Act and its ability to protect our waterways from pollution, regardless of the route of discharge into protected waterways.”