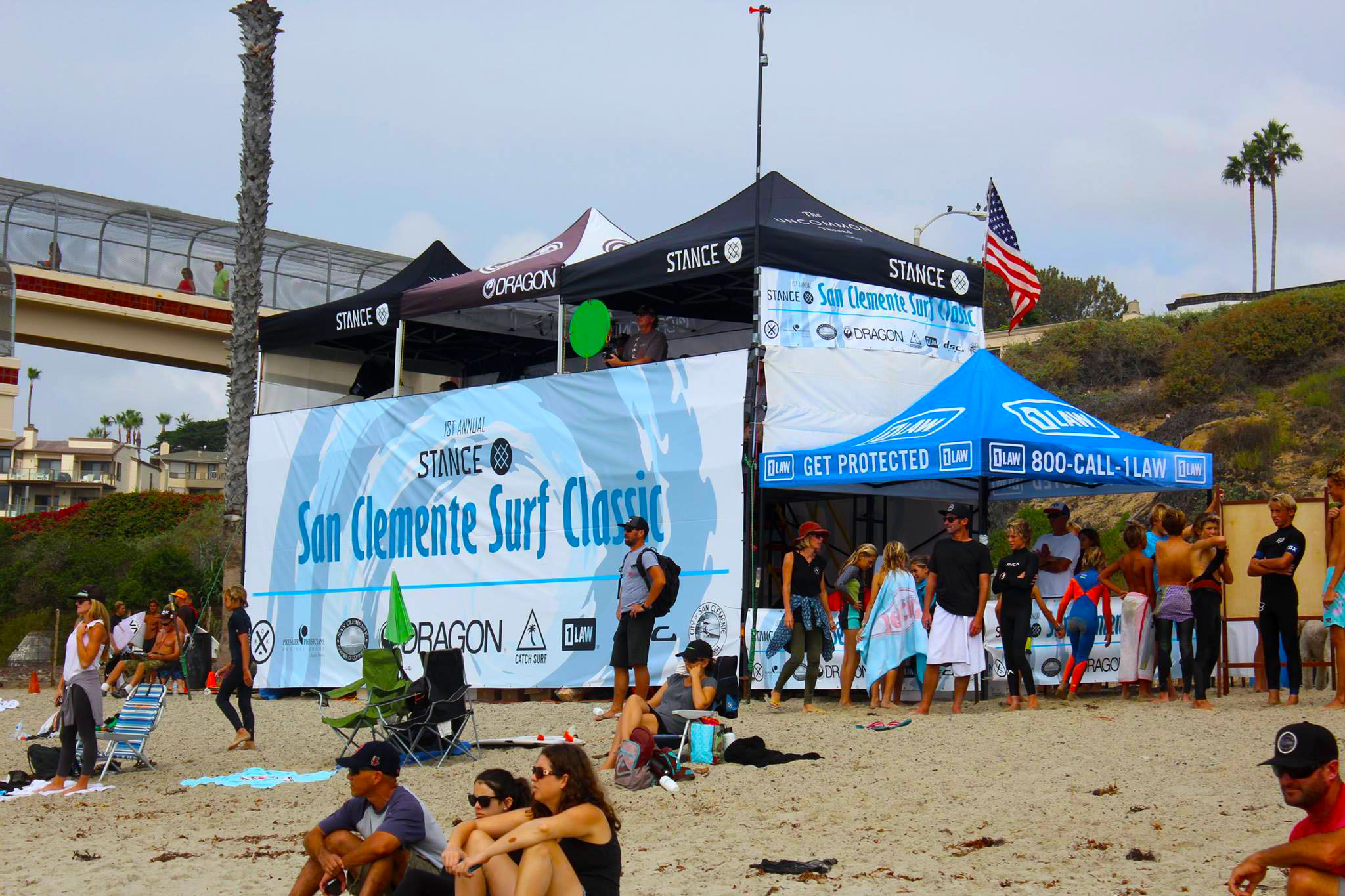 Last year’s San Clemente Surf Classic kicked off with local groms and their families enjoying a day at the beach. Photo: Courtesy

There’s no shortage of surf events in the local area for those looking to tip their toes in competitive waters. From the Gudauskas brothers’ Stoke-A-Rama, to Nate Yeoman’s Fishbowl Classic, to weekend NSSA and WSA contests, all the way on up to the big leagues and the WSL’s Hurley Pro at Lower Trestles, there’s literally something for every age and ability level. Adding to that list, for the second year in a row, the second annual San Clemente Surf Classic is coming to T Street on Sunday, Oct. 16

Citing an abundance of events for adults, professionals and up-and-coming amateurs, last year the San Clemente Chamber of Commerce established the first annual San Clemente Surf Classic as a way to provide the kids around town with an opportunity to come down to the beach with their families, ride a few waves with their peers, and soak in the surf culture that put this area on the map. Now, back for a second year, the upcoming incarnation of the San Clemente Surf Classic looks to be even bigger and better.

“We have such a rich surfing heritage in this area, and it’s something we all really love to celebrate,” said local surfer Phil Johnson. “The San Clemente Surf Classic is great. We were down on the beach last year and the kids had a blast. The community vibe is amazing, and the kids are also able to sort of get a feel for the culture and identity of the town they’re growing up in. To be a surfer in San Clemente is a special thing, and it’s great we have an event like this where we can all come together and enjoy it.”

To be sure, the grommets will be out in force this weekend. There is currently space for 200 competitors in a multitude of divisions (the entry fee is $40 per division and competitors must live within the San Clemente city limits). From the Under 12s for both boys and girls, to the bigger Under 18s, all the way to longboard and “beater” board divisions, there’s something for every kid regardless of their surfing style or approach. And if pulling on a jersey and duking it out in the waves is not their idea of a good time, no worries—it’s a family-friendly day with plenty of other activities and fun to be had.

“The contest is epic, but just being down at T Street with all our friends and neighbors, that’s a big part of it, too,” continued Johnson. “Surf contests should be just as much about community as they are competing, and I think the San Clemente Surf Classic does a good job of that. Excited to see what they came up with this year.”

As far as the size of the waves go, it’s looking like the Pacific will provide. There’s a healthy dose of southwest swell heading into the area for the second half of the week. The swell is expected to peak on Friday as “breaks in SoCal run thigh-waist-chest high, and focal points mainly in Orange County go shoulder-head high at times,” reported Surfline.com forecaster Schaler Perry. “The size is down slightly and holding Saturday morning, before easing through the weekend into early next week.”

Surfline’s calling for the surf on Sunday at T Street to hover in the playful two- to three-foot range—perfect for the kids. The weather’s also looking cooperative with the daytime high expected to linger in the low 70s and light west winds under 10 knots in the afternoon.

Picking up a lot of support from the local surf brands, everybody’s favorite sock maker Stance has signed on as this year’s title sponsor, while eyewear company Dragon is proud to be the presenting sponsor. Support is also coming from Salt Life, Catch Surf, DSC, Fight Strong MMA, the Republik of Kalifornia and San Clemente post-surf grind staple, Pedro’s Tacos.

The San Clemente Surf Classic takes place at T Street in San Clemente on Sunday, October 16, and runs from 7:00 a.m.-5:00 p.m. Trophies will be awarded for first through sixth place in all of the divisions, and working the mic on Sunday will be former WSA judge and local fixture, silver-throated Dave Schulte.

Just because summer is officially over doesn’t mean you can’t still enjoy a good day at the beach. See you down at T Street on Sunday.