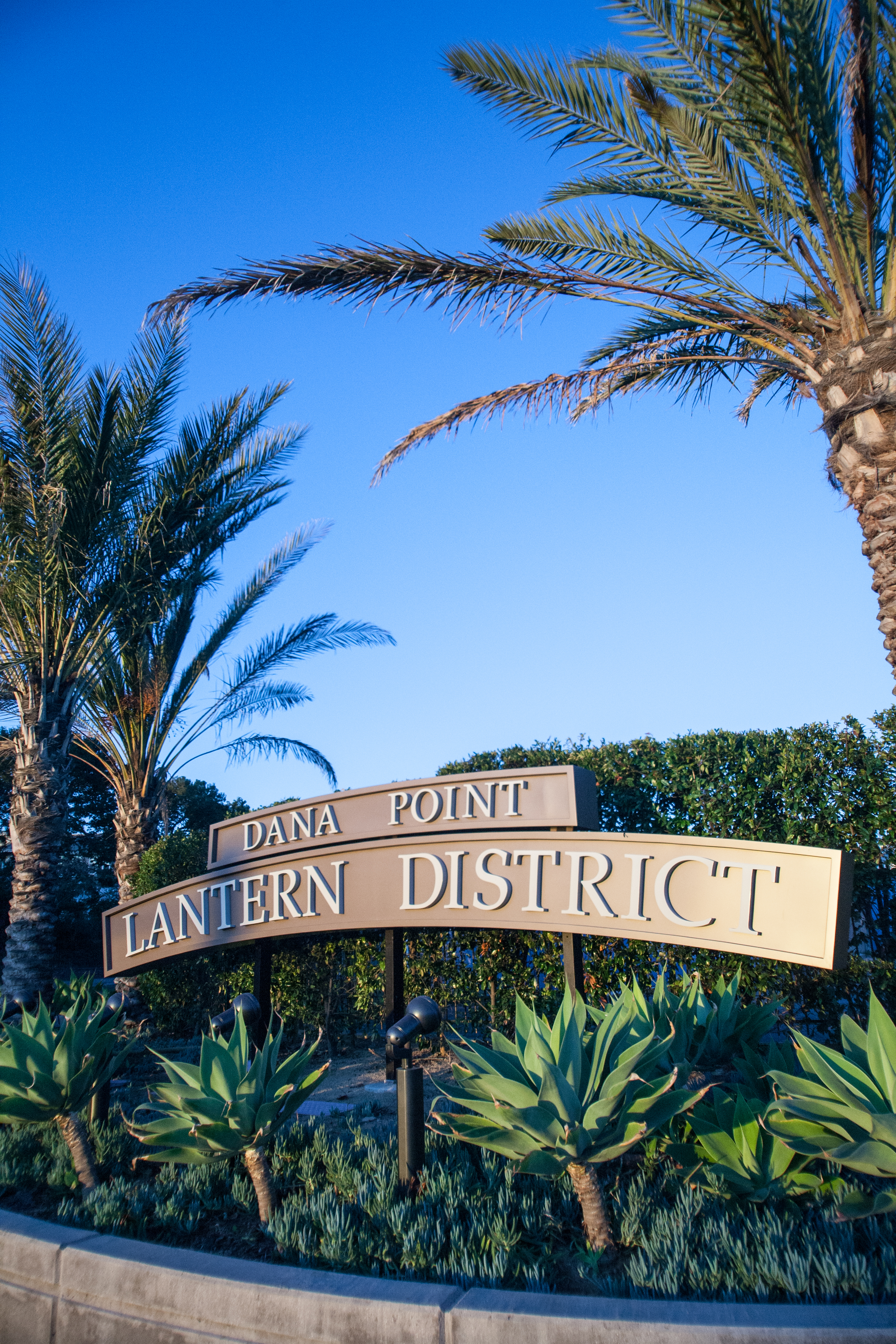 The Town Center Initiative will be joined by a competing initiative on the ballot in the upcoming June election, thanks to a 3-2 vote in favor by the City Council on Tuesday. Councilmen Scott Schoeffel and Carlos Olvera cast the two dissenting votes.

The council-sponsored initiative was drafted in an effort to provide clarity for residents, who some council members said have been raising concerns over their uncertainty with what they were actually signing up for when they added their signatures to the Town Center Initiative.

All but one of the public speakers at the meeting voiced opposition to the city-sponsored initiative, contending that it amounted to a “smoke screen” by council members in an effort to confuse the voters.

The City Council’s initiative would affirm the Town Center Plan as originally approved, along with the addition of parking amendments adopted by the council.

The Town Center Initiative would make changes to the Town Center Plan that authors, a community group dubbed Dana Point Residents for Responsible Development (DPRRD), feels would correct parking shortages and the granting of variances contrary to the intent of the Town Center Plan due to what it perceives as the City Council’s favoring of developers over residents. It would also require future changes be put up for a vote by residents.

At Tuesday’s meeting, City Manager Doug Chotkevys agreed with a need for a competing initiative due to Town Center Initiative petition signers’ confusion. He confirmed his belief in the existence of such confusion, as he had personally been asked to sign the Town Center Initiative petition by a DPRRD member, who did not recognize him at the time, and was unable to answer his questions regarding the content of the document. That encounter, he said, confirmed clearly to him that confusion among petition signers exists.

Resident Harold Kaufman, the lone public speaker in favor of the city’s competing initiative, said he had personally asked people at the grocery store directly after they signed the petition why they signed.

“I listened to what they were told,” Kaufman said. “They had information that was absolutely 180 degrees out from what was really going on.”

“I think this (city) initiative is purely something to confuse voters,” Hill said. “And you should be ashamed of yourselves …”

Debra Lewis also disagreed with the assertion that people didn’t know what they were signing when lending their signatures to the Town Center Initiative and chided the council, alleging they drafted a competing initiative instead of listening to the will of the people.

“Let the people have an up and down vote, and we can go from there,” Lewis said.

Former planning commissioner Gary Newkirk criticized the addition of a competing city initiative as unnecessary, as it would merely affirm the existing Town Center Plan.

“If passed it does nothing … it’s already on the books, it’s already law,” Newkirk said. “The public is going to view it as a smoke screen.”

Councilman Joe Muller expressed his displeasure with public speakers who questioned the truthfulness of his belief of the existence of confusion by Town Center Initiative petition signers, due to his being questioned directly by members of the public on the issue. He did, however, agree with public comments questioning the title of the city’s initiative, in that the proposed name was too close to the Town Center Initiative and should be changed for clarity.

“Just because I don’t agree with you all the time doesn’t mean that I don’t hear you,” Muller said, adding that the city initiative is “definitely not a smoke screen.”

“We do hear what the public has to say,” he said. “The intent of this is to clear up confusion … some have signed something that they don’t understand … it is going to have the opposite effect of what people think they were signing on to.”

By 4-1 vote, with Councilman Schoeffel dissenting, the name of the city initiative was changed to, “2016 Town Center and Public Parking Improvement Measure,” the city attorney was directed to prepare an impartial analysis, a motion calling for the City Council to submit and argument in favor of the 2016 Town Center measure was adopted and $8,500 from the general fund was approved to pay for election services.

In March 2015, DPRRD, filed notice with the city of its intent to begin collecting petition signatures for the Town Center Initiative. The DPRRD felt the Town Center Initiative ordinance was necessary to allow a vote of the people to correct City Council actions they feel run contrary to the original intent of the Town Center Plan (now renamed the Lantern District Plan) by favoring developers over residents’ wishes and to require that future changes to the plan be voted on by the public.

At issue with the DPRRD were city spending and the granting of variances they feel are detrimental to the plan’s objectives—creating a pedestrian-friendly village with a mix of shops, restaurants, residences and ample parking—in the areas of density, height, views, traffic and parking. The Town Center Initiative includes amendments to the Town Center Plan the DPRRD believes will “close developer loopholes … and strengthen protections for Dana Point residents,” such as a strict three-story, 40-foot height limit for buildings and the return to the parking plan in place (a plan inherited from the county before the city was incorporated) when the Town Center Plan was completed and approved in 2006.

A central focus of the DPRRD’s initiative was due to variances granted for the Majestic mixed-use development and the city’s approval of a parking plan for the district.

City Council, in 2015, approved a height variance for the Majestic project in order to accommodate extra height needed only for elevator towers and safety railings to be added to rooftop decks. The proposed buildings, however, meet the 40-foot height requirement. A variance was also granted for a residential portion of the project, not fronting the street, to have four stories of housing instead of the three stories allowed by the plan. The height of the four-story section of the structure would not increase to accommodate the extra floor.

Prior to the City Council’s July 2015 approval of a parking plan for the Town Center/Lantern District, the original Town Center Plan had no parking plan included within its text. Members of the DPRRD argued that the city’s plan would ultimately provide too little parking and favored developers by allowing them to pay in lieu fees to satisfy parking requirements for their projects. The city’s plan was crafted using information provided via a parking study by consultants Nelson Nygaard that found existing parking more than adequate to handle increases, sitting 44 percent empty at peak hours, and that the city’s parking regulations inherited from the county were inappropriate for the type of district the Town Center Plan aimed to create and the higher-than-necessary requirements would be discouraging of development. The city plan—subject to approval by the California Coastal Commission—includes shared parking as well as provisions for parking benefit districts and preferential parking districts.

The Town Center Initiative petition, filed by resident Betty Hill, on behalf of DPRRD, received and filed 4,240 signatures in September 2015, exceeding the minimum requirement of 3,080, 15 percent of the city’s 20,398 registered voters. The Orange County Registrar of voters certified the Town Center Initiative in October 2015. In November 2015, City Council certified it—and authorized $13,672 from general fund reserves be paid to the registrar to cover the signature verification costs—but asked for a staff report before deciding whether to adopt the initiative ordinance or set it for either special or general election.

After hearing the report in December—which included cost estimates for a stand-alone special election of $109,272 to $120,597—the council voted unanimously to set the Town Center Initiative for the June 7 regular election.

The impact report, prepared and presented in December by Kathe Head, managing principal for Keyser Marston and Associates, found the Town Center Initiative likely to result in the Town Center/Lantern District area’s failure by rendering it unable to attract developers due to the changes’ damaging effects on land values.