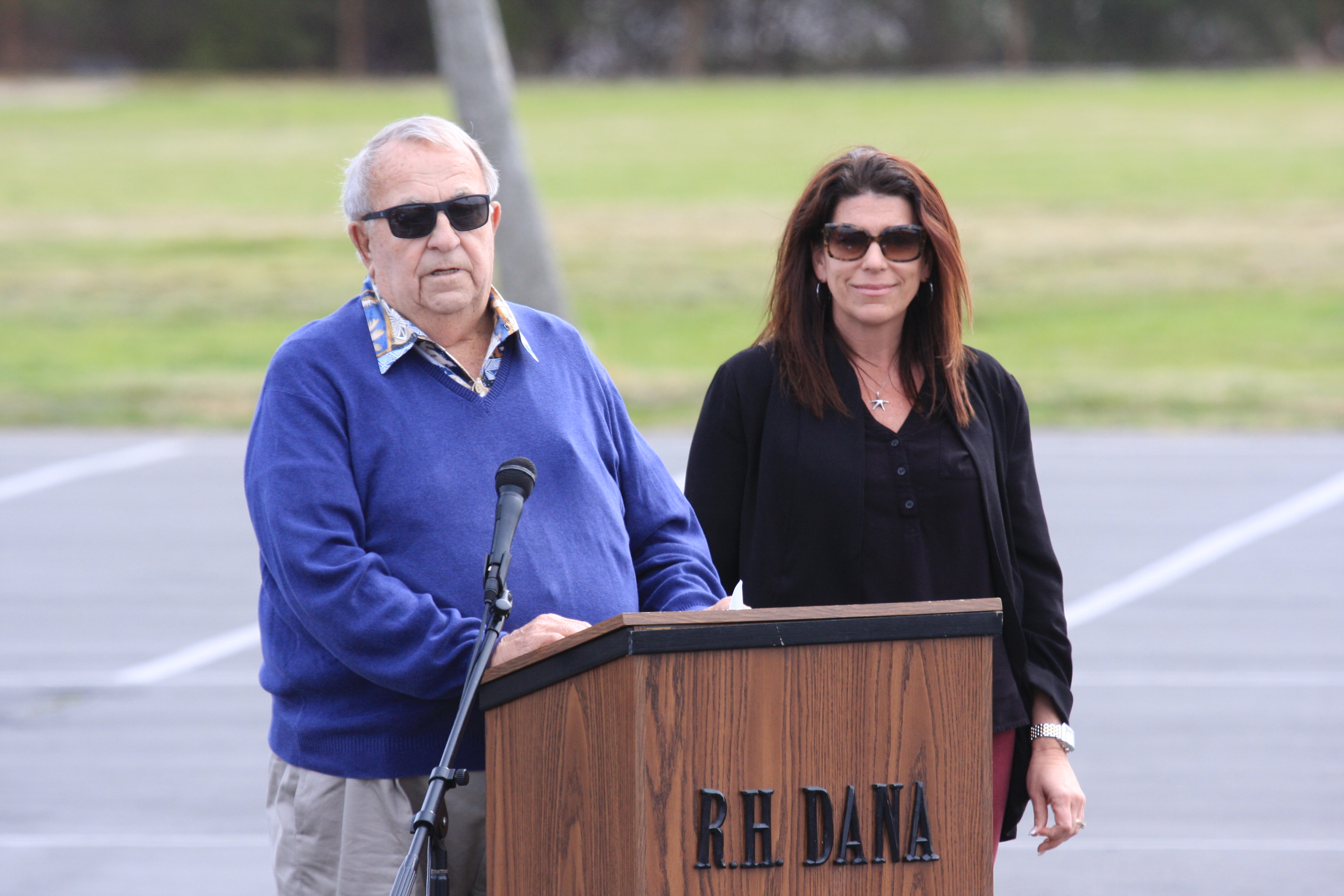 In honor of Don Hansen, who is credited with being the first to offer whale watching in Orange County and launching the Dana Point Festival of Whales, the city will designate a portion of Dana Point Harbor Drive as Don Hansen Memorial Drive.

Hansen, the founder of Dana Wharf Sportfishing & Whale Watching, died on Jan. 5 at age 87. Hansen is survived by his three sons, three daughters, and 15 grandchildren.

The city met with Hansen’s daughter, Donna Kalez to decide on the location and signage. City Council voted unanimously at its meeting on Tuesday, Feb. 15, to install the 8-foot-wide, 4-foot-tall sign that will read “Don Hansen Memorial Drive” on Dana Point Harbor Drive, just past Park Lantern.

“I only thought it fitting that for everything he’s given to us and to our residents and to our past residents and to the future residents,” Mayor Joe Muller said. “Don was a great guy, you know; he brought whale watching and sportfishing to the harbor. He really transformed the area and . . . I just can’t say enough about him.”

While Councilmember Michael Villar said he had never met Hansen, he said that “I feel like it’s my loss just from the outpouring of affection that not only you (Muller) have shown but everybody here, and the city staff, and on council.”

Villar added how important it is that the City of Dana Point has recognized its legacies over the years.

“I appreciate the spirit of the city in recognizing the history. We have Gene Burrus (Ballfield), we’ve got statues going up for our surfers that have laid the foundation for what we love here in the city,” Villar said. “And now to do this, really shows we are a city of people. People drive our community, and it’s not just a bunch of buildings.”

Councilmember Richard Viczorek commented that Hansen’s impact will be felt in Dana Point for generations to come.

“In small towns throughout America, there’s always someone, they always have individuals who are sort of bigger than life, that everybody knows, that make an impact on the city for many, many years and generations,” Viczorek said.

“And one of the things that makes this city great is, as Councilman Villar said, we are a city of people, we’re a small town and we should honor the people who make our city great,” Viczorek continued. “And Don Hansen certainly was one of those people.”