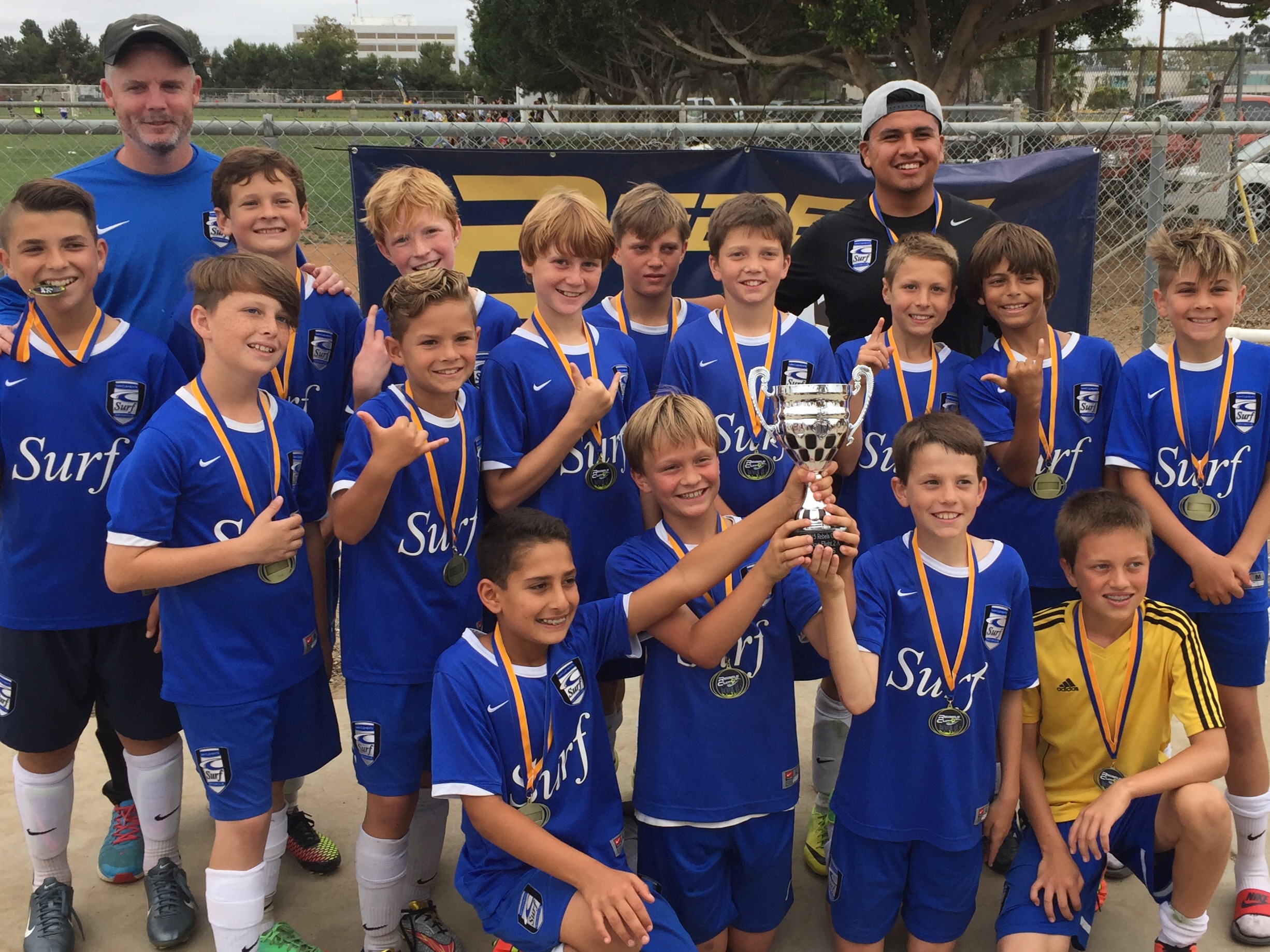 The San Clemente Surf soccer club, which draws players from Capistrano Beach and San Clemente, had a successful tournament run to start their summer season at the Rebels Cup in San Diego June 13-14. The club’s five teams that entered the tournament posted an overall record of 16-2-1 and four of the teams won their respective divisions.

The club’s boys 9 team won all four of their games and scored 23 goals en route to their division title.

The boys 12 team won all four of their games, defeating LA Galaxy SB in the championship match. The girls 13 defeated San Diego United in the finals, as did the boys 14 team.

Zoch, who played baseball while at Dana Hills, will go through six weeks of basic midshipman training before beginning his academic, and athletic collegiate career. Zoch will also play baseball for the Academy.

After his graduation, Zoch will be required to serve at least five years active duty as an officer in the Navy or Marines.

Zoch batted .182 with four RBIs and one home run his senior season. On the mound, he went 2-0 with a 1.79 ERA over 15 2/3 innings. Zoch also played club baseball with the Southern California Bombers, where he was primarily scouted by the Naval Academy.