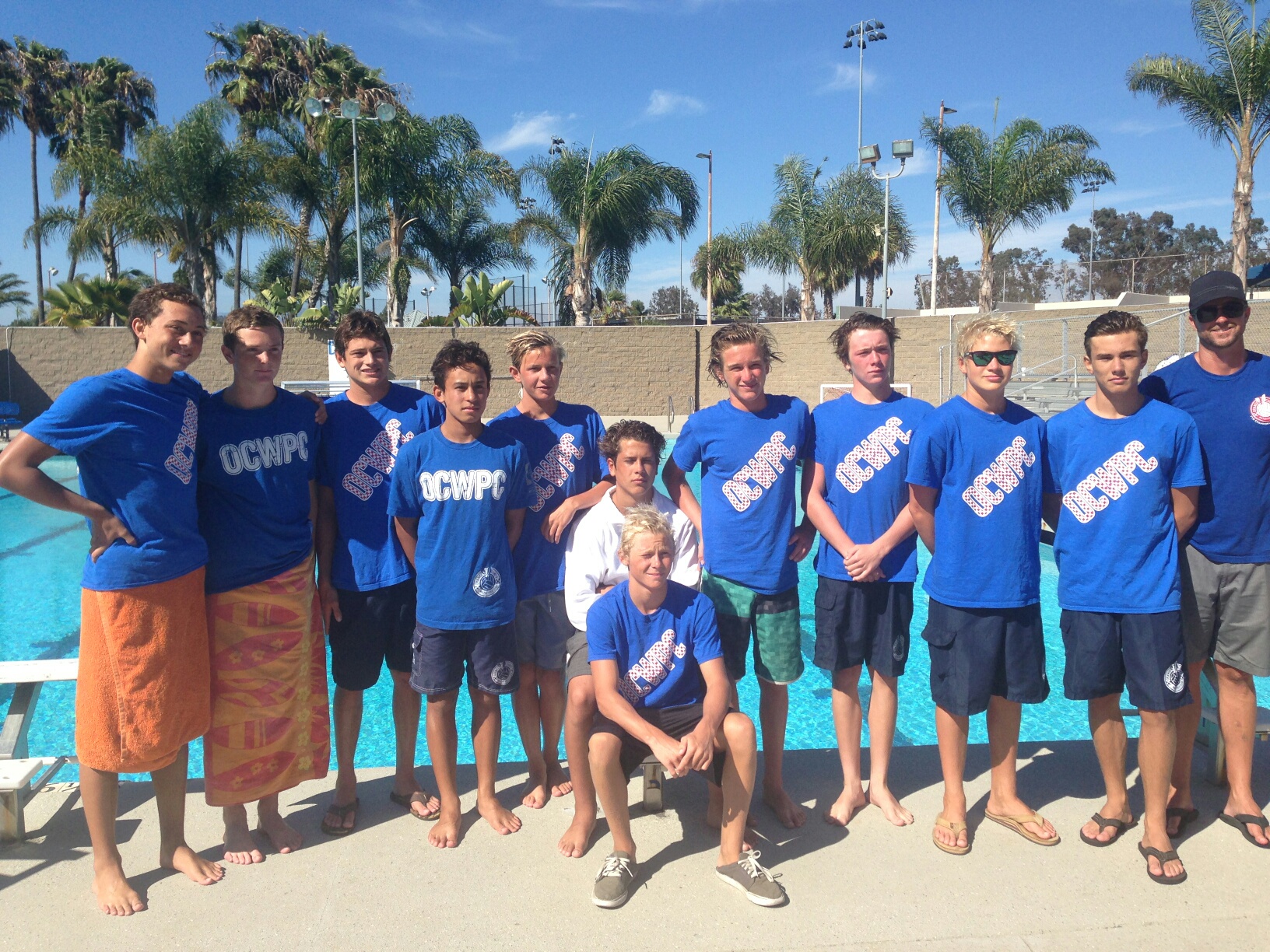 Our City Scoreboard brings you up to date on all the local Dana Point recreation, youth team accomplishments and special, individual performances of the week. We want to run your scores, results and announcements. Email sports@danapointtimes.com for submission.

The Orange County Water Polo Club’s boys 14U team recently qualified for the 2015 National Junior Olympics, which will take place in Orange County from July 25 to Aug.2.

The Dana Point-based club joins 95 other teams from across the country vying for the top spot. The tournament’s finals will take place at the Woollett Aquatic Center in Irvine.

The San Juan Capistrano-based USA 80 senior basketball team successfully defended their national championship at the 2015 National Senior Games in Minneapolis on July 15. The team, which draws players from around Orange County, is made up athletes who are all over the age of 80.

The USA 80 team sent six players to the competition to compete in a 3-on-3 round robin tournament. In pool play, the USA 80 squad lost to a team from Texas twice, which earned them a lower seed in the knockout rounds.

The San Juan team eventually squared off against the team from Texas again, but were able to flip the script and leave with a two-point victory. In the championship match, the two teams met for a fourth and final time and USA 80 pulled off a 12-point victory for the championship.

“We’re very humbled to be able to do this and have the support of the community and each other,” team player-manager Bob Messersmith said.

Messersmith said the team plans on fielding another group for the 2017 National Senior Games, when they will be playing in the bracket for people 85-years-old and up.

The 949 Volleyball Club had a successful run at USA Volleyball’s Boys Junior National Championships in Columbus, Ohio June 28 to July 5.

The local club sent three teams to the tournament and all three earned medals.

The boys 15U team defeated a team from Puerto Rico in the finals to claim the gold medal in the open division. The 15U team went a perfect 11-0 at the tournament, defeating Huntington Beach and Manhattan Beach in the quarterfinals and semifinals, respectively.

The club’s 17 Black team placed third in their open division and the 17 White team won gold in the club division.

Browning, Kobrine and McSweeney were named to the all-tournament team. Paragas, a setter from Corona Del Mar High School, was named the tournament MVP.