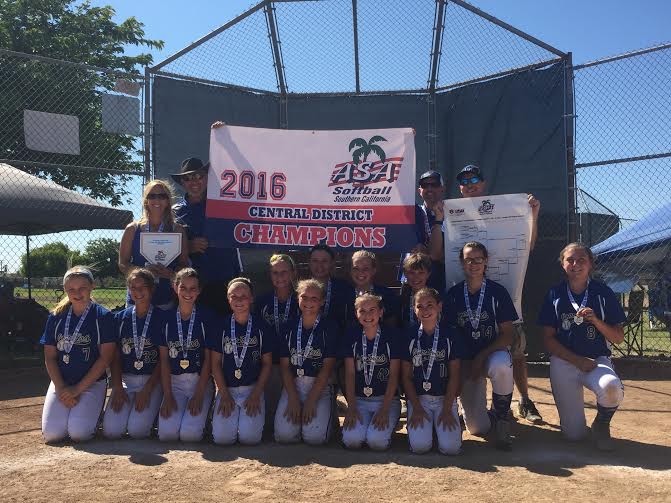 The Capo Girls Softball League’s 10U and 12U All-Star teams had successful runs at their district championship tournaments in Garden Grove and Huntington Beach June 16-19 and earned entrance into the California State Championship Tournament in Lancaster. The state tournament will run from July 1-3.

The league’s 12U team won its division championship and allowed only two runs to be scored against them on their way to the first-place trophy. The 10U team placed third overall in its division.

The team is now 11-5 on the season, having placed second in the Ramona Invitational and third in the Newport Harbor Invitational earlier this year.