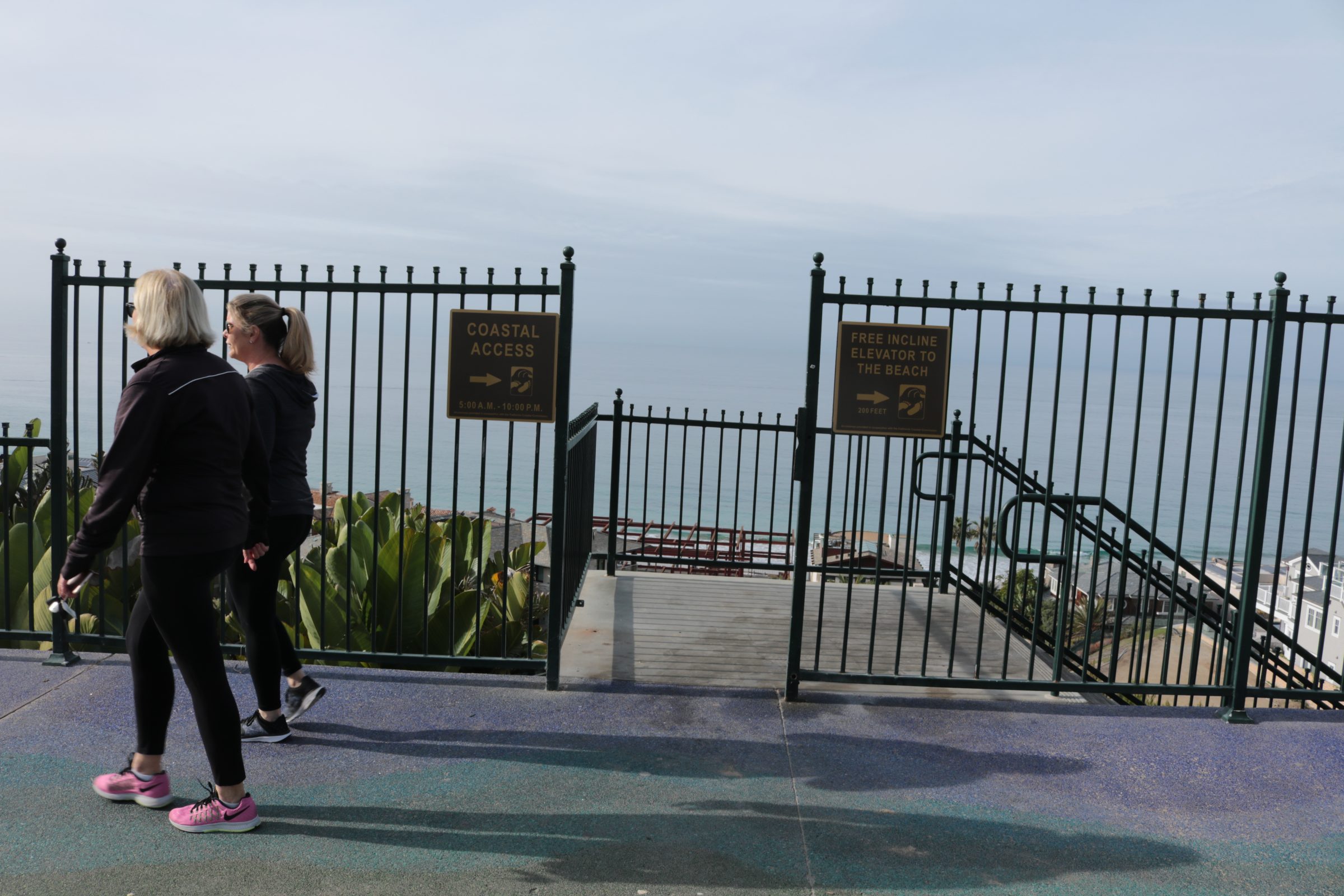 One day after the California Coastal Commission (CCC) voted against retractable gates at Strand Beach, the city took down the gates at the beach access points Thursday morning.

The dispute began six years ago when City Council approved of an ordinance to limit beach access hours through the neighborhood. In 2010, the city adopted a Nuisance Abatement Ordinance, which established hours of operation. Several lawsuits and appeals ensued, and this week’s removal of the gates is the culmination of a settlement recently reached between the city and the CCC.

That settlement resulted in enforcing the operating hours of 5 a.m.-10 p.m. at Strand Vista Park, Central Strand Beach Access and Mid-Strand Beach Access. The switchback trail and the revetment trail are open 24 hours a day.

Acting City Manager Mike Killebrew said removing the gates was part of the settlement and that the gates have been locked in an open position for more than a year now.