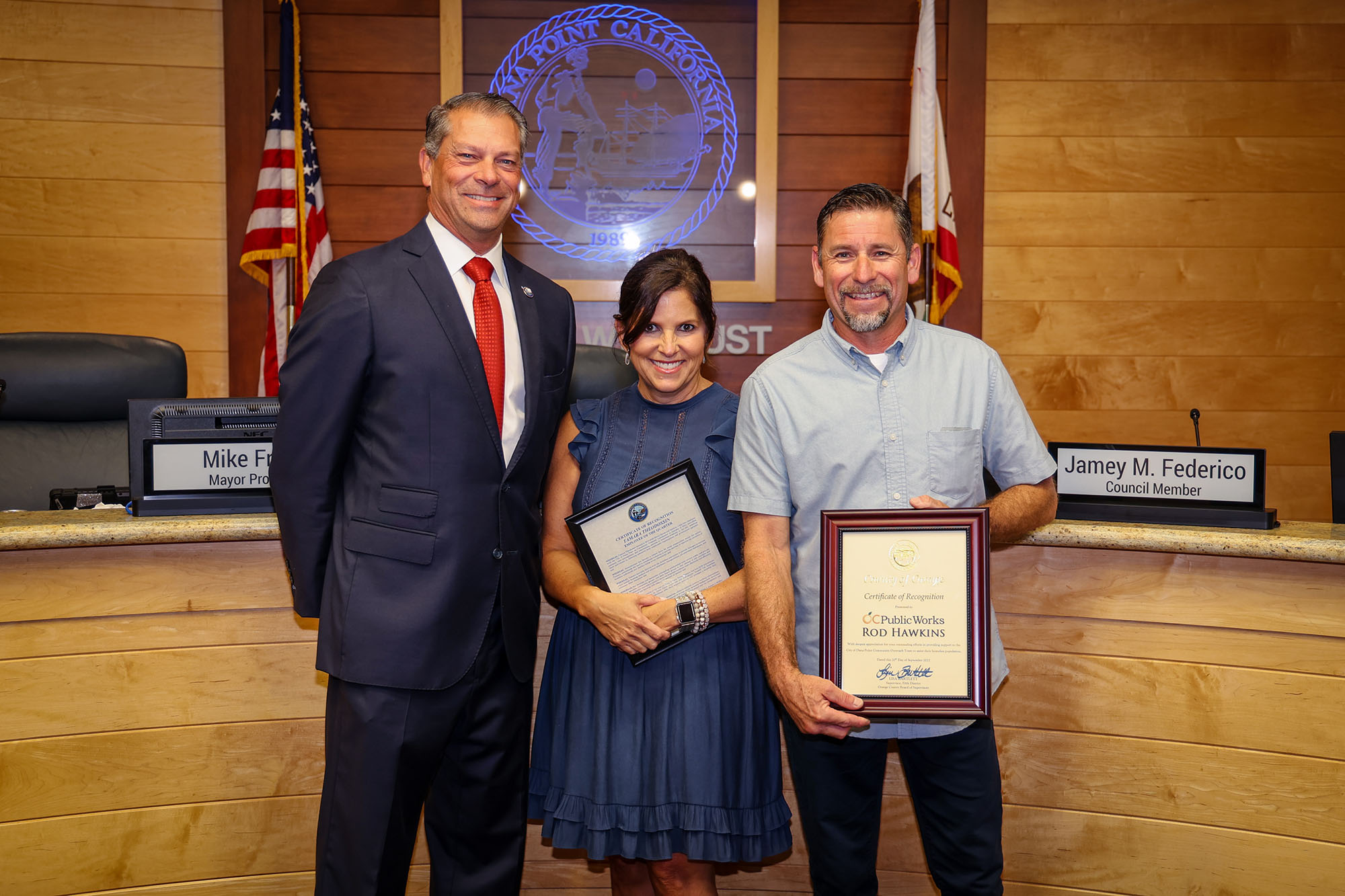 Each day in the life of a community outreach worker can look a little different—something Tamara Theodossin enjoys.

Theodossin, the City of Dana Point’s community outreach worker, starts most mornings driving around the town with her partner, Rod Hawkins, a senior maintenance inspector with the County of Orange, looking for folks “who may have bunkered down in the city overnight, and offer resources.”

In an email to Dana Point Times, she said that she also checks in with homeless individuals on her caseload with whom she’s currently working, and she attends weekly meetings with various organizations with which she collaborates.

“And, of course,” she added, “there is endless paperwork.”

Theodossin began her work with individuals in need several years ago through her work at Orange County Social Services. Working for Mercy House in Dana Point in 2019 led to her current position with the city.

Her work over the years to help get homeless individuals in Dana Point housed hasn’t gone unnoticed by the city, as this past month, the City Council recognized Theodossin as the Employee of the Quarter.

“For those of you who don’t know, Tamara is our homeless liaison here in the City of Dana Point,” Mayor Joe Muller said during the meeting.

“She works tirelessly with our homeless population; she knows them all by name, she knows where they’re from, even knows some of their families and works hard with all of the different county agencies, public safety agencies to actually help get these folks off the street and get them into permanent supportive or temporary housing as they’re moving into permanent supportive,” Muller continued.

Theodossin said she felt “humbled and also very proud” of the recognition.

“I am getting the recognition, but this is really a group effort,” Theodossin continued. “Dana Point’s city management has made homeless resources a priority—in particular, (Assistant City Manager) Kelly Reenders and (Public Works Director) Matt Sinacori, who go above and beyond to be of service to everyone in the community.”

“Think about how committed you have to be,” Muller said. “You have folks that don’t trust anybody; they’re afraid, they don’t know what’s going to happen to them, so for Tamara to be able to do what she did and gain their trust, and get them into the housing, get them off the street, get them into a safer environment, that shows real commitment that you have.”

In a Facebook post, the city wrote that Theodossin has contacted 436 individuals with more than 2,848 interactions, resulting in 130 of those individuals being housed.

It has taken years to build trust with some of the people Theodossin has worked with, she said. However, one of the cases she’s most proud of was successfully housing a veteran who lived on the streets in Dana Point.

“He was very skeptical of me, so much so that he moved from his usual location as to try to avoid me,” Theodossin said in the email. “No such luck. Within a few weeks, we found him. He would barely talk to me, but Rod is a Navy veteran himself and was able to convince him to work with me.”

“It was a long process, very overwhelming for him,” Theodossin continued. “I just kept telling him we will take it one step at a time. Which we did, and he is now living in his own apartment in South County.”