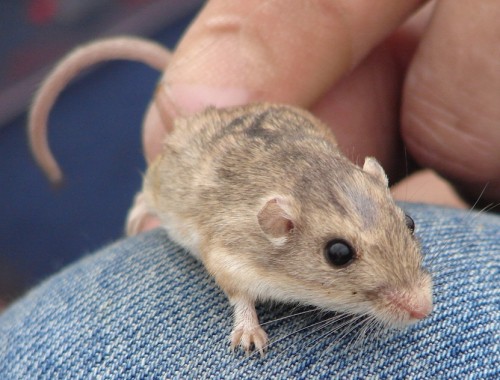 In their Tuesday night meeting, City Council approved the authorization and acceptance of a grant that would assist the city in determining whether Pacific Pocket Mice have expanded in their location on the Headlands.

The grant will allow the Natural Resources Protection Office to seek contractor assistance to monitor the mice within Hilltop and Harbor Point Conservation Parks and to complete data analysis and report compilation.

Brad Fowler, Director of Public Works & Engineering, stated there is not a final count of how many mice are in the area, but the Center for Natural Lands Management at the Headlands are currently undertaking their annual late spring survey of the area.

“They do not have final counts yet, but have observed Pacific Pocket Mice (PPM) activity in 90 of 131 grid locations. This would generally indicate that they might expect somewhere between 80-120 individual organisms,” Fowler said.

Fowler said the center, in coordination with U.S. Fish and Wildlife, put out “track tubes” in designated square grids to survey areas annually.

“The tubes were placed onsite throughout the spring/summer and help record the thumb-sized nocturnal rodents,” Fowler said.

The Pacific Pocket Mouse was discovered in the Headlands in 1993, and only three other populations were subsequently discovered in the area. The mouse was put on the Endangered Species List by the U.S. Fish and Wildlife Service in 1994.

The Headlands Development and Conservation Plan set aside approximately 55 acres of Environmentally Sensitive Habitat Area within the 120-acre development site on the Headlands. This area was mainly set aside for the mice, the California Gnatcatcher and 17 rare plant species.

Only a few of the mice were discovered in the Headlands Conservation Area and solely within the Center for Natural Lands Management Dana Point Preserve. The population began to multiple with increased protection and habitat restoration.

In 2013, the mice were detected near the Harbor Point Conservation Park, and adjacent to the Hilltop Conservation Park property boundaries of the reserve. This was after the old Margarita Road asphalt was removed and vegetation was restored, which eliminated a potential barrier for the mice population.

Fowler said the city and the Coastal Commission have talked about projects that could be a possibility in the area including a trail extension and/or a visitor viewing project on the City of Dana Point’s Harbor Point Park.

“It’s possible that the PPM have expanded their territory on to the city controlled open space parks,” Fowler said. “In order to determine if any impacts need to be mitigated for a project, a survey of the area for the existence of the PPM must occur first, which, in part, is the purpose of the grant.”

Fowler added the surveys could be similar to those conducted in the Center for Natural Lands Management and could consist of putting the track tubes at Harbor Park and/or Hilltop Park.

“The goal of the grant is to determine, are they there or not?” Fowler said.