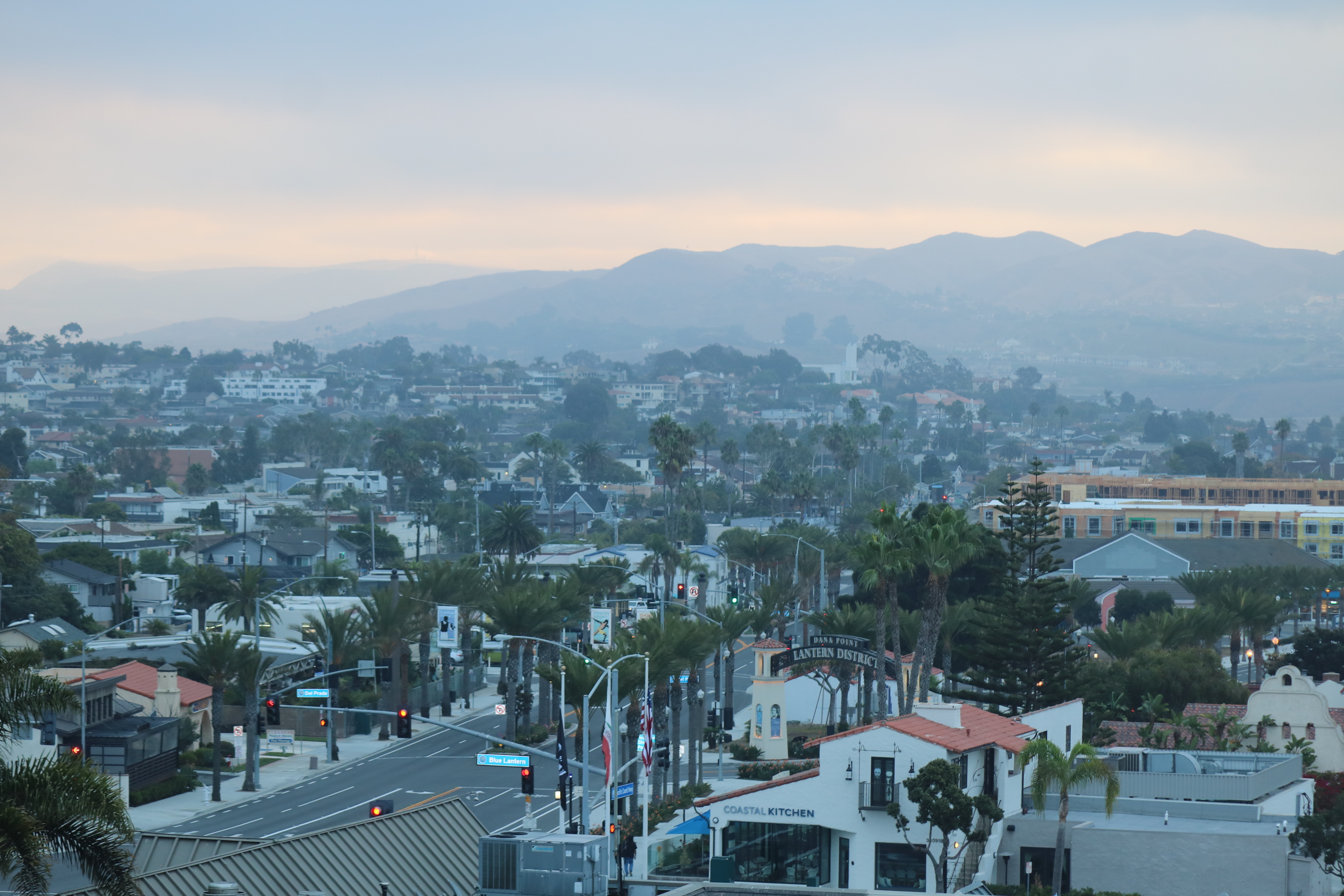 A proposal brought forth by the Dana Point Chamber of Commerce has sparked ongoing discussion on how to approach improving the Town Center Plan—a policy on how to regulate development for the Lantern District area of Dana Point.

A letter sent by the Chamber to Dana Point City Council requests that the city facilitate a ballot measure that would reduce the 18-foot ground floor minimum height requirement to a 14-foot ground floor minimum height requirement for new development in the Town Center/Lantern District. The Town Center Plan was amended by the 2015 Town Center Initiative to include a provision that any future changes must be approved by a vote at a municipal election.

Putting the measure on a ballot would require a transfer $85,000 from General Fund Operations Contingency Account to the City Clerk Professional Services Account for election services. Election costs fall between $42,000 and $52,000. The cost of postage for vote-by-mail ballot return envelopes is estimated between $8,500 and $10,000. The cost for a new Vote Center model is estimated to be about $21,000.

Michael Fox, the chair for the Chamber’s board of directors, spoke at the Oct. 1 city council meeting to echo the letter’s initiative. He is also a founding partner for FoxLin Architects.

“We believe it’s good for business and in the best interest of the businesses we represent,” Fox said at the podium. “We all want a more vibrant, pedestrian-friendly downtown.”

Council returned to the proposal at its Oct. 15 meeting to discuss it in depth. The agenda item triggered a single speaker during public comments and about a half-dozen letters.

During public comment, Jim Miller, owner of Coffee Importers and a Chamber member, stated he was on the subcommittee that developed the Town Center Plan.

“I cannot support this proposal,” Miller said. “This is a Band-Aid approach to fix a bigger problem with the Town Center Plan, which is parking. If you plan on spending $85,000, I suggest you look at more than just the height.”

During council discussion, Councilmember Jamey Federico described the proposal as simple at face value, but there are concerns about how to address implementation issues of the Town Center Plan. While the proposal calls for a new minimum height of 14 feet, height can still go to 18 feet. Councilmember Richard Viczorek agreed that there are other implementation issues and called into question whether one “tweak” to the plan is worth $85,000.

“I’d like to echo what was said: I don’t support this,” Councilmember Debra Lewis said. “I don’t even support bringing this to the ballot in March; I think that’s way too fast. . . . Nobody from the Chamber is here to tell us who wants this, why they want this and what the benefits are to the city and to the city residents.”

In an email, Fox told Dana Point Times that the Chamber’s Downtown Development Subcommittee met in the spring to examine issues impacting businesses in downtown.  It was at this time that the concrete first floor walls were up on the Raintree development in the Lantern District. Fox says the subcommittee questioned why this requirement was so tall for the scale of downtown.

“We believe that the 14-foot height would accommodate projects that are more in the scale of our downtown environment, especially with respect to a pedestrian-friendly, human-scaled ground floor,” Fox said in the email. “This flexibility would allow developers to reduce the height of ground floor retail in town and will provide for better architecture (roofline articulation vs. flat rooflines just staying below the height cap in town due to the tall ground floor requirements).”

In the Oct. 15 council meeting, Lewis asked whether it would be possible for another entity or organization to foot the bill for a ballot measure. City Manager Mark Denny stated the city could potentially be reimbursed with an ironed-out agreement.

When asked how the Chamber would help get the measure passed and ensure that the $85,000 would be a good use of funds, Fox elaborated on the proposal.

“We as the Chamber think this would be a good idea, good for business and is in the best interests of the membership that we represent,” Fox wrote. “The chamber would support it for the reasons articulated above, but I do want to stress that we are not in any way involved with the means to carry it out if it were to go forward.  The Chamber is not a political entity. The cost and the rationale for use of funds is an issue for the elected officials, not the Chamber of Commerce. All we are doing is asking that the city politicians who represent the people of Dana Point discuss it.”

In an interview, Miller said we need to look at the whole package of the Town Center Plan.

“The elephant in the room is parking,” Miller said. “Nobody wants to talk about it, because it will spark contentious debate that stems from the Measure H/Measure I argument.”

In 2016, Measure H prevailed over Measure I, which enacted regulation of development in the town center area, including a strict height limit of 40 feet, restrictions designed to ensure certain levels of available parking and the requirement that voters approve any changes to the Town Center Plan.

Measure I, which directly competed with Measure H and lost, would have approved a city council ordinance designed to allow council flexibility regarding development restrictions.

“Individual lots are not going to be developed because of these parking limitations,” Miller said. “Developers are buying multiple lots, and that’s not something the subcommittee ever anticipated.”

In the Oct. 15 council meeting, Lewis stated that major developers had bought and consolidated lots before Measure H was approved.

“I don’t want anyone to think Measure H caused this consolidation,” Lewis said.

Mayor Joe Muller stated that he didn’t believe it was the original vision for the city to have small undeveloped lots.

“Communities change after 16 years, and requirements are going to be different,” Muller said. “(Subcommittee members) were probably wanting businesses like Coastal Kitchen and Craft House, and that’s not what we’re getting.”

City council approved a motion to continue discussion on the proposal to the Nov. 5 council meeting.