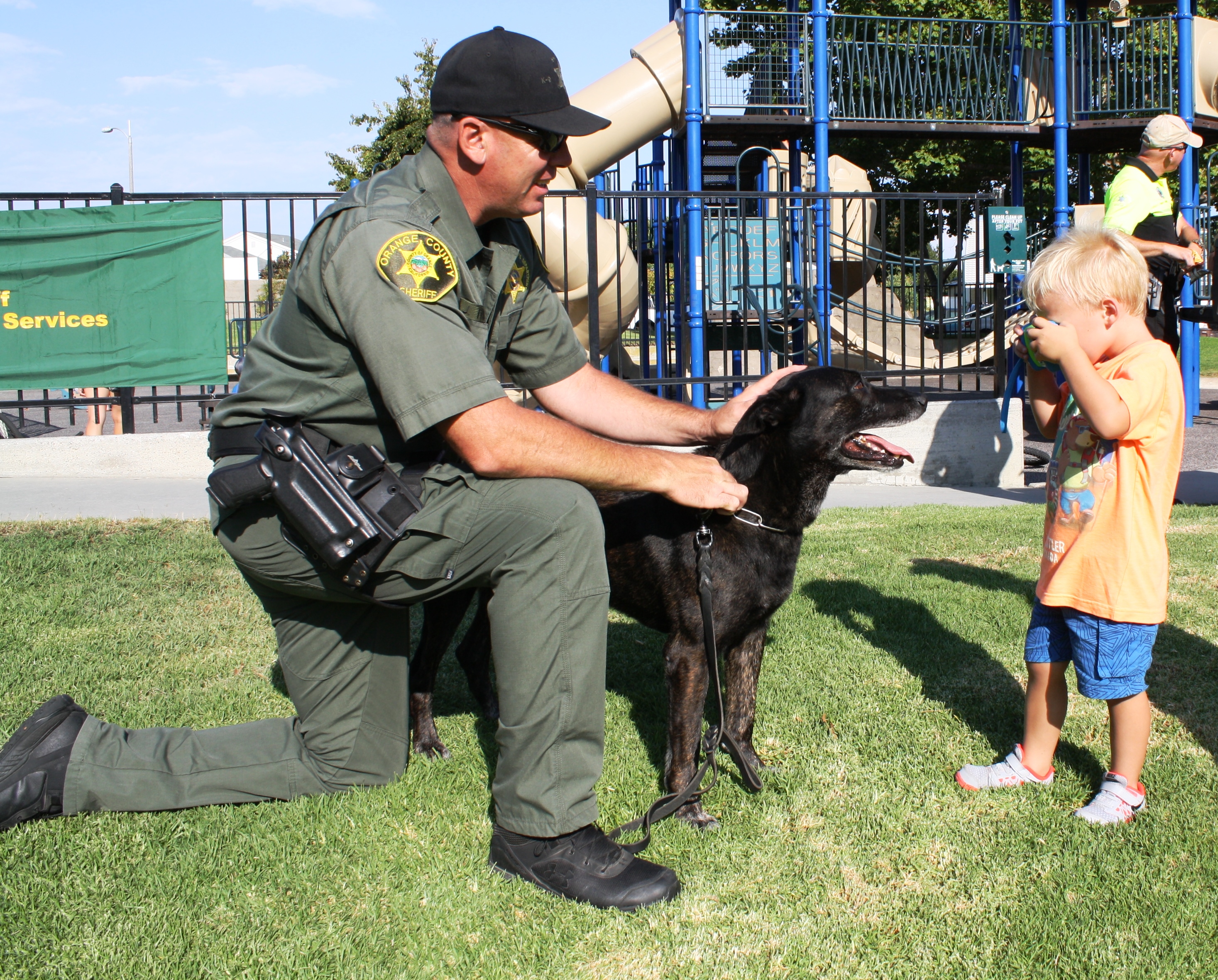 During the city’s Second Annual National Night Out, employees of the Orange County Sheriff’s Department showed their equipment and spoke with residents about what it’s like being an officer.

Officers from the bomb squad, the K9 unit, emergency services and Orange County Crime Scene were all in attendance. Along with some of the city’s nonprofit groups and the Dana Point VFW Post 9934, which barbecued for anyone who attended the event.

Dana Point Police Chief Russ Chilton said every year the event will be held at a different park, but has the same goal of bringing the residents out and interacting with members of the community.