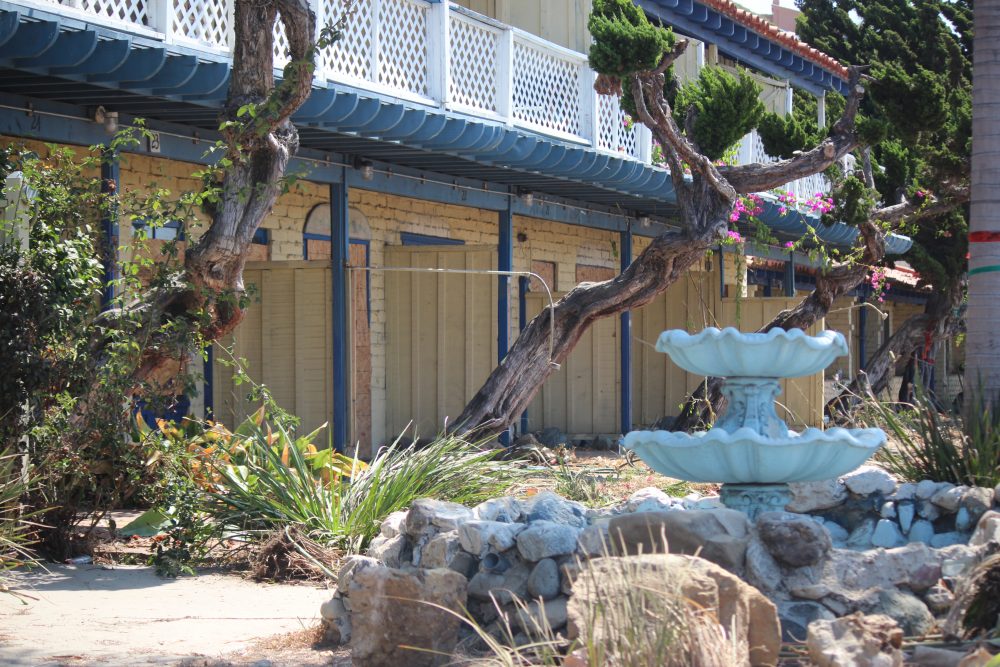 The Jan. 31 status conference for the City of Dana Point’s legal battle with Capistrano Seaside Inn was continued by the court on its own motion to March 13.

In the meantime, the court-appointed receiver for the aging property has filed a report with the court for its consideration explaining its independent investigation into Seaside’s desire to demolish the hotel and build a new project at the site.

The extensive report concludes that demolition is not a viable solution because of legal requirements that effectively preclude that as a remedy, and because of practical considerations related to restricted room rates that would apply as a result of Coastal Act considerations.

A settlement agreement previously had been reached in which the current owner agreed to allow the court-appointed receiver to sell the property.

Dana Point Times reported in May that a judge had dismissed the owner of Capistrano Seaside Inn’s bankruptcy claim as a bad-faith claim and that both the City of Dana Point and the motel owner were ordered to have a settlement conference.

“Since the appointment of the receiver, progress to remediate the nuisance conditions at the Seaside Inn has been slower than desired because of the property owner’s objections filed in the legal proceedings and the need to ensure proper legal procedures and formalities are followed,” according to a city statement. “The property owner has been very litigious, and has engaged in a number of tactics designed to delay the process.  Since the Receiver was appointed, the property owner has attempted on at least five occasions to have the receivership terminated.”

Compounding the delays that have occurred, in May the parties reached a settlement by which the property would have been sold to a third party, who would have restored it pursuant to permits that are ready to be issued.

“Unfortunately, the property owner reneged on the settlement, and the Court has thus far declined to enforce it,” said Patrick Munoz, the city’s attorney.

City staff previously stated that plans for the repair of the hotel had been prepared, and building permits are ready to be issued. The plans would result in the restoration of the property in a manner that would preserve its historic characteristics. While awaiting implementation of these plans, the court-appointed receiver has been securing the property to guard against trespassers and ensure the historical characteristics of the property are not further denigrated.

A court hearing was originally scheduled for Jan. 31 at Orange County Superior Court in Santa Ana.

“These issues will be addressed at the March 13 court date,” a city statement said. “The City will continue to provide updates on this case upon rulings of the court.”

At that time, the court will have the opportunity to allow the receiver to complete its work and abate the nuisance conditions at the property.