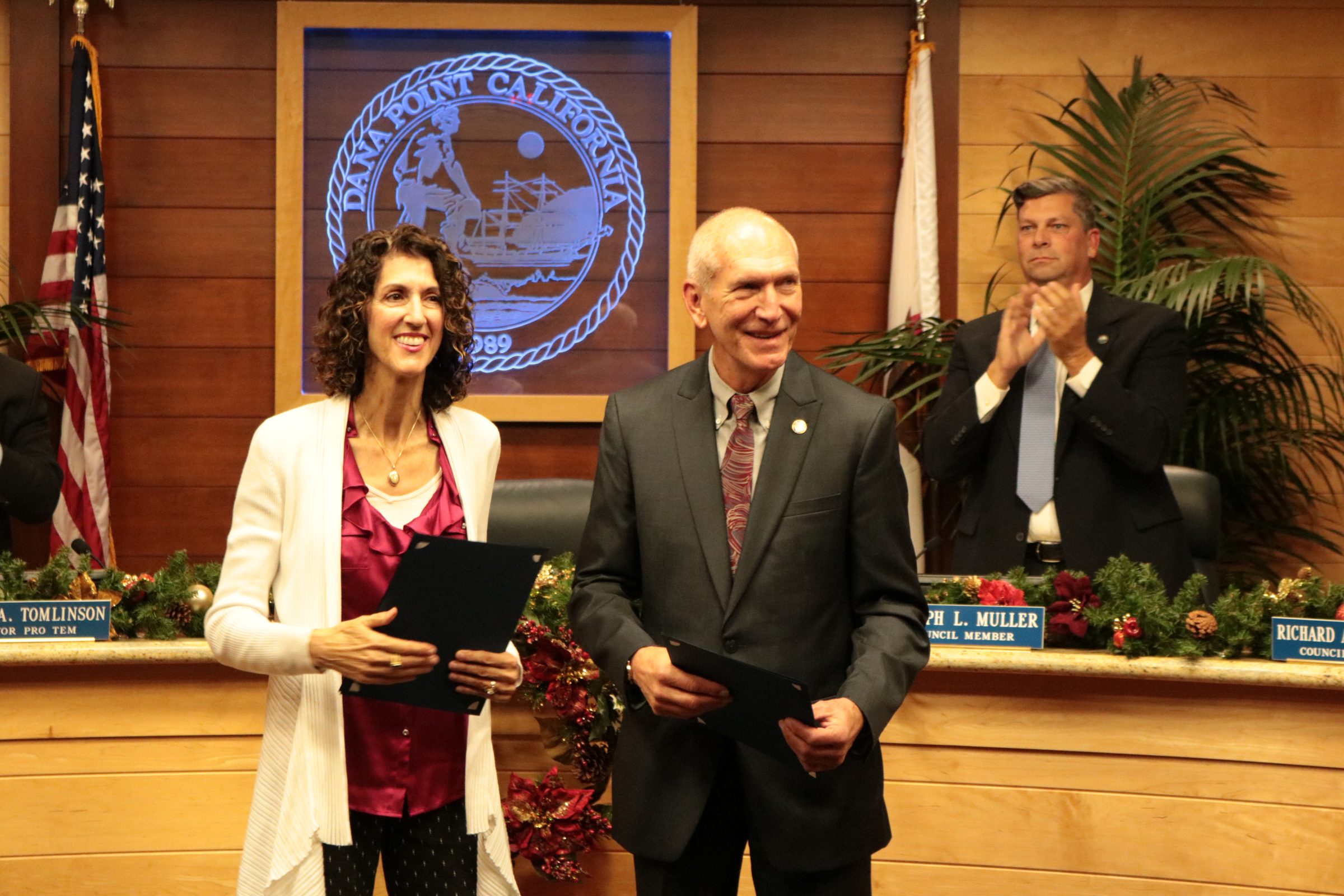 Debra Lewis will serve as the mayor of Dana Point in 2017 after members voted three to two in favor of appointing her to the position.

Lewis and Paul Wyatt were sworn into office Wednesday night moments before the Council voted for the mayor and mayor pro-tem. Wyatt earned the same 3-2 vote to gain the mayor pro-tem spot.

Former mayor John Tomlinson nominated Lewis; and Muller and Viczorek voted against it.

Viczorek said it was disappointing and that he was surprised and “a bit taken aback.”

“The whole process seems to be disappointing,” he said. “I’m a very conservative, traditional guy, and usually what we do for a ceremonial post like the mayor is simply rotate amongst the members. There’s usually no contention over who the mayor is going to be, and it’s usually understood of that’s how it’s going to happen.”

He added that as a new City Council, they should show the city they’re united and not have a split vote.

“It’s a little concerning to me,” Viczorek said.

Tomlinson said his decision was nothing against Viczorek personally.

“It was necessary to change the direction of the Council and follow the will of the people,” Tomlinson said. “That’s who I’m here to serve, and it’s not a ceremonial position.”

He added that this year’s voter turnout was one of the highest and said he’s been hearing what the residents want for the past year.

“I’m sorry Mr. Viczorek you didn’t get to be mayor, but I think good governance dictates the way I voted for my vote,” Tomlinson said. “It’s nothing against you; I just think it’s the will of the people.”

Lewis and Wyatt filled former councilmen Carlos Olvera and Scott Schoeffel’s seats Wednesday night for the first time. Olvera announced in the summer that he would not re-run for his seat while Schoeffel served two seats and was unable to run again.

The next Council meeting will take place in January.

Former Councilman Scott Schoeffel received a standing ovation for his years of service during a reorganization meeting on Wednesday, Dec. 14. Photo: Kristina Pritchett

Former Councilman Scott Schoeffel received a standing ovation for his years of service during a reorganization meeting on Wednesday, Dec. 14. Photo: Kristina Pritchett