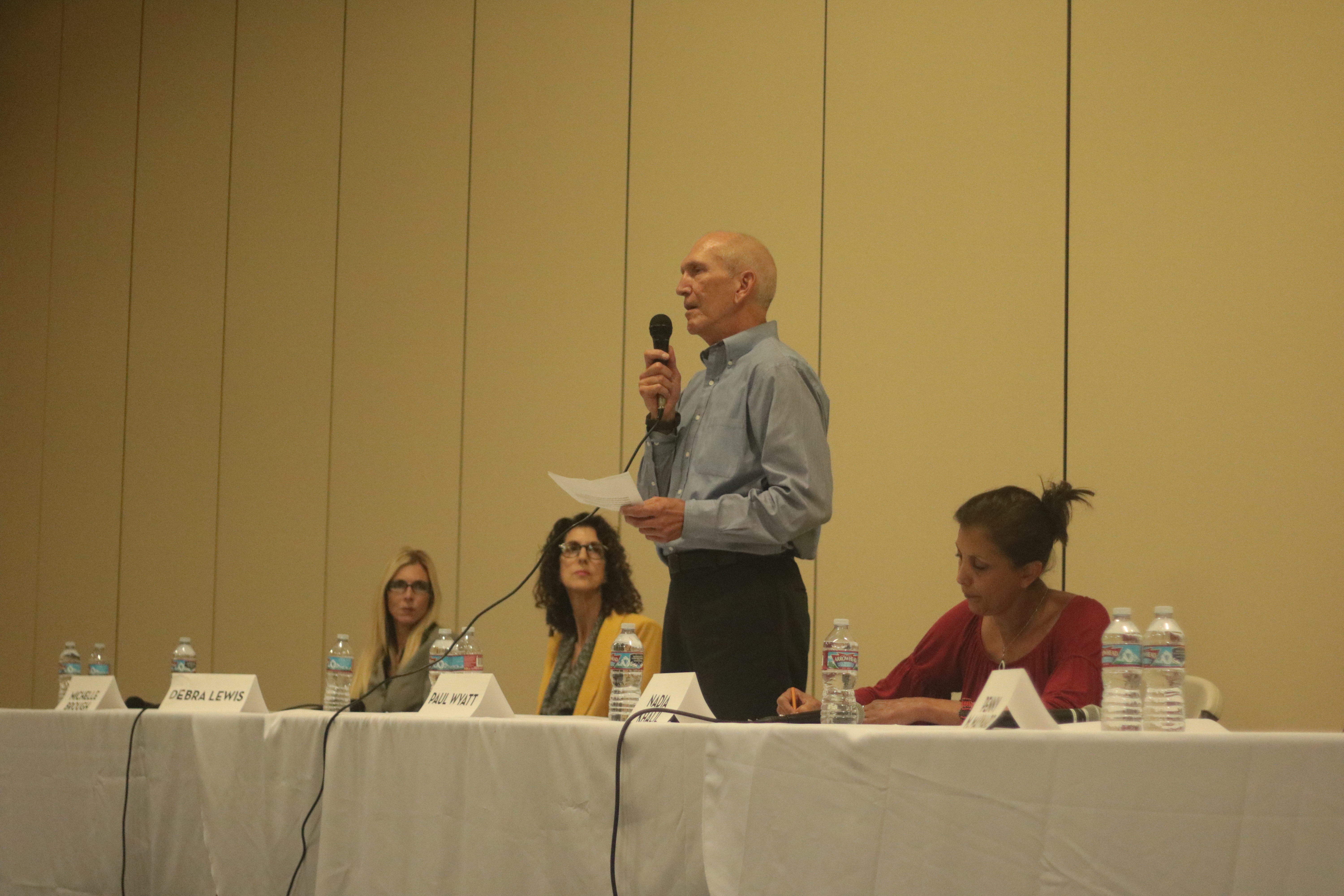 The first forum was held by Capo Cares at Capo Beach Church on Tuesday night.

The candidates were asked if they signed the referendum to overturn the short-term rental ordinance the City Council approved on Sept. 6. Three of the candidates, including Nadia Khalil, Paul Wyatt and Debra Lewis, said yes. They were then asked, if elected would they support bringing the existing ordinance to a vote of the people.

“I’m really unclear on that,” Khalil said. “I’m sorry, I’m unclear on our community now and how they would vote so I don’t think I would want that. I’d want it to be demanded by the new Council.”

The candidates participated in a lightning round, which allowed them to say a sentence or two about various topics, including preserving the character of neighborhoods, Doheny Village’s character, the city attorney, lawsuits and legal fees and more.

On Wednesday night, the Dana Point Chamber of Commerce and the League of Women Voters held a candidate forum at the Community Center with questions, submitted by the audience about parking, development, funding and more.

Regarding the city’s litigation, Brough said if she’s elected she would like to see an ordinance pass that would force the city to mitigate before reaching litigation.

“If you get to the point of litigation, you failed somewhere along the lines,” Brough said.

Lewis said she would like to see the Council use a law firm different than the city attorney’s firm when the city decides to enter litigation.

On Thursday, Oct. 20, the Lantern Village Association will have a City Council candidate forum at the Community House at 7 p.m.