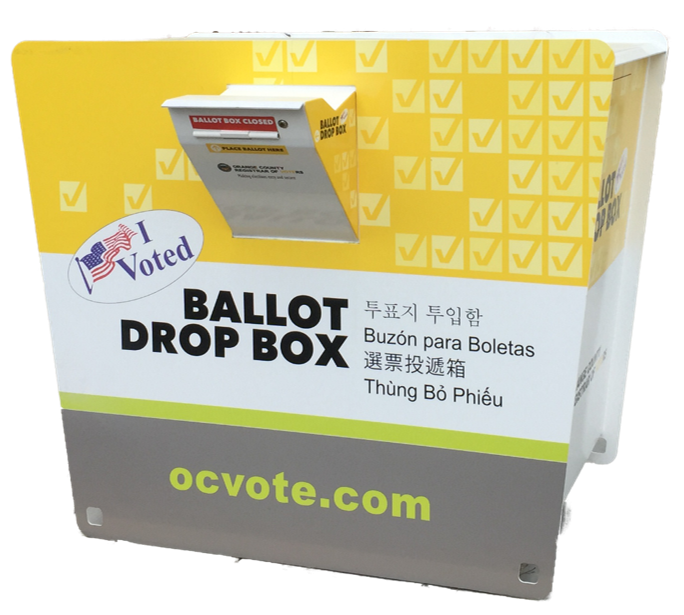 Talks on Placement of Drop-Box Locations for Election Ballots

Changes are coming in the way voters in Dana Point and the rest of the county cast their ballots starting with the 2020 Primary Election in March.

The County of Orange next spring will move away from the traditional precinct polling sites and begin to utilize vote centers, giving voters the choice to either submit their ballots via mail or deliver them in person to various locations around the county prior to the day of elections.

The Orange County Board of Supervisors in February approved the implementation of the new vote-center model, which is allowed under the California Voter’s Choice Act (VCA) that former Gov. Jerry Brown enacted in 2016.

“In 2018, almost 70% of the registered voters in Orange County voted by mail,” David Goulding, a representative of the Orange County Registrar of Voters, told the San Clemente Planning Commission on Dec. 4. “They sent in a ballot or they dropped off a ballot at a polling place. Most people aren’t voting in person, so there’s a need to have a place to drop off their ballots, because that’s what they choose to do.”

According to the OC Registrar of Voters, more than 1.1 million vote-by-mail ballots were issued to the county’s voters, making up nearly 70% of the total registered voters in Orange County.

Ahead of the state’s Primary Elections on March 3, voters in the county will receive vote-by-mail ballots. They’ll then have three options to cast their votes: return the completed ballot to the county registrar’s office via mail; drop the ballot into a drop-box location; or deliver it in person to a vote center, similar to precincts.

Voters can personally take their ballots to any one of the vote centers and metal drop boxes within the county, regardless of the city in which they reside.