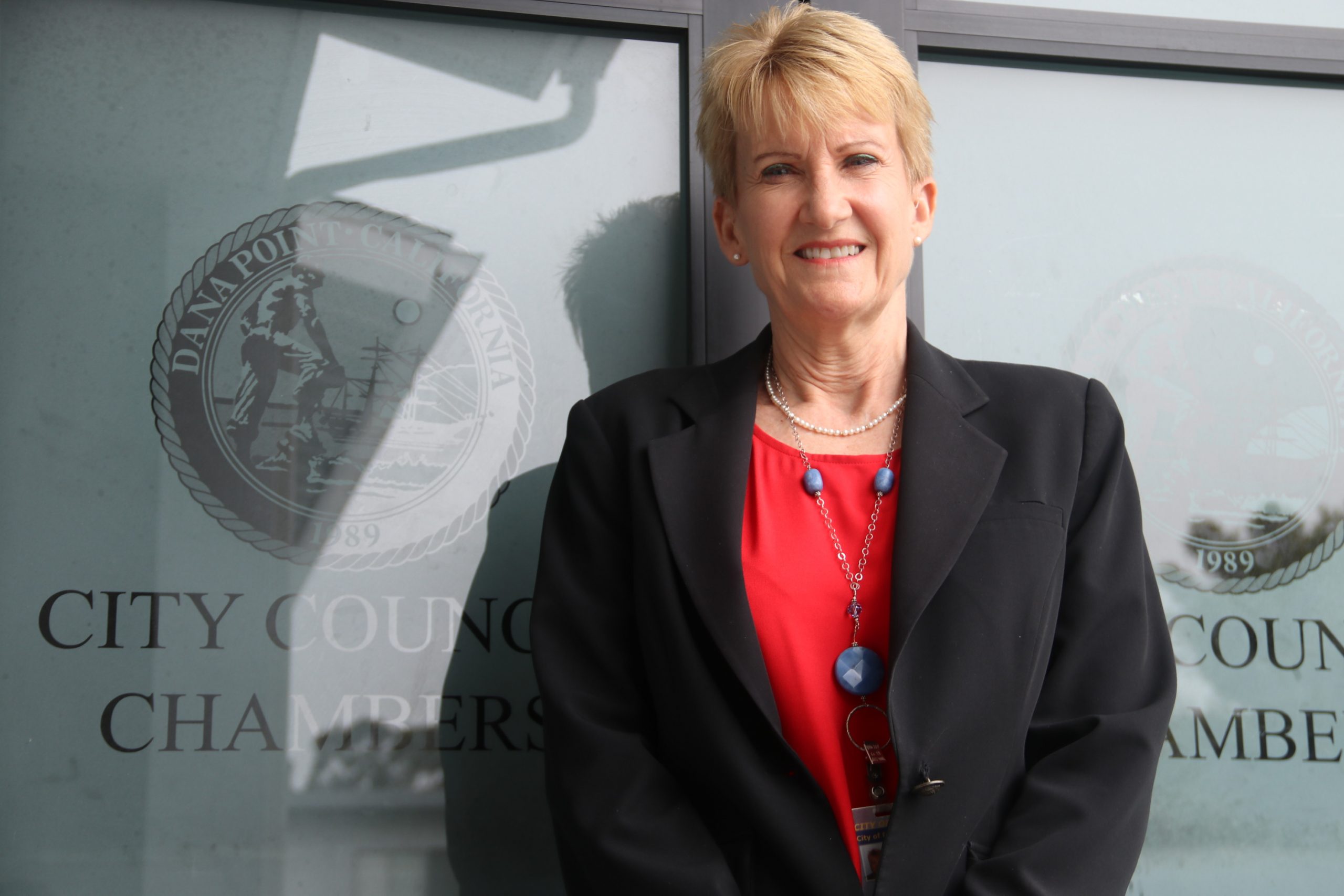 One of the first employees of the City of Dana Point will retire after a 32-year career in public service.

Kathy Ward, the appointed city clerk, first joined the city staff as an executive assistant when Dana Point incorporated in 1989. In June, City Manager Mike Killebrew announced that Ward would be retiring the following month.

The city clerk is the local official for elections, local legislation, the Public Records Act, the Political Reform Act, and the Brown Act (open meeting laws). Before and after the city council takes action, the city clerk ensures that actions are in compliance with all federal, state, and local statutes and regulations and that all actions are properly executed, recorded, and archived.

Ward grew up in Argyle, Minnesota before moving to Bellflower, California at age 14.

“When I graduated from high school, at that time, my big goal in life was to get my college degree. I went to Cerritos College and then transferred to CSU Fullerton,” Ward said.

Ward worked in in personnel while attending classes at Fullerton, laying the groundwork for the trajectory of her career objectives.

“I wanted to work with people. That never changed,” Ward said.

Prior to public service, however, Ward opened a pest control business with her husband. Once they sold the business, Ward applied for the finance and administration secretary position with the City of Dana Point. After serving in that role for about eight years, Ward took the opportunity to apply for the executive assistant position within the city manager’s office.

“Working in the finance office was great,” Ward said. “But in the city manager’s office, we got to work with the public much more. That’s what I had been wanting.”

Then, in 2006, came a vacancy for the city clerk position, just ahead of an election and a local ballot measure.

“Doug (Chotkevys) encouraged me to apply. I had worked with city council before, and they were aware of my background and we worked well together,” Ward said. “So, I was appointed. And I really had to hit the ground running to prepare for the election.”

The city clerk essentially administers the democratic process to ensure transparency to the public. One of the most challenging aspects of the position, Ward says, is keeping up on evolving policies and procedures.

“Rules are constantly changing, and it’s imperative the city be compliant,” Ward said. “But the most rewarding part of the job is serving people. So, any time something is challenging, I fall back on the notion that it all comes back to serving the public. That’s what makes it all worth it.”

“Especially my first year… they were worth their weight in gold!” Ward said. “They have always had the best staff. The city staff, too … it was either sink or swim. And everyone made sure I was going to keep swimming.”

With the expectation that the city clerk remains impartial, Ward says the best way to “be Switzerland” is to focus on the issues rather than the person.

“You have to be able to understand where someone is coming from. Suddenly, the issues aren’t pointed at you anymore. They’re just the issues. That’s the key,” Ward said.

Ward says the biggest reason she remained at City of Dana Point is the staff. She even chose to remain close to the area, residing in Laguna Niguel and sending her daughter to Dana Hills High School. Killebrew is tasked with appointing a city clerk replacement.

“I think it’s expected that people move on from jobs to find out what else is out there,” Ward said. “But this staff is absolutely incredible. They’re the reason I’ve stayed here 32 years.”

When asked what Ward will do with her retirement: “I’m going to fully enjoy spending time with my two mini dachshunds, Cocoa and Mocha.”

Ward also plans to travel more with her husband after having to cancel a cruise trip due to COVID.

“I want to visit Asia, go back to New Zealand and Australia,” Ward said. “I’m hoping to rebook my canceled cruise that was supposed to take me to Iceland and Ireland. My husband has been retired, and he’s been waiting for me to retire. We’re going to make up for lost time and see the world.”