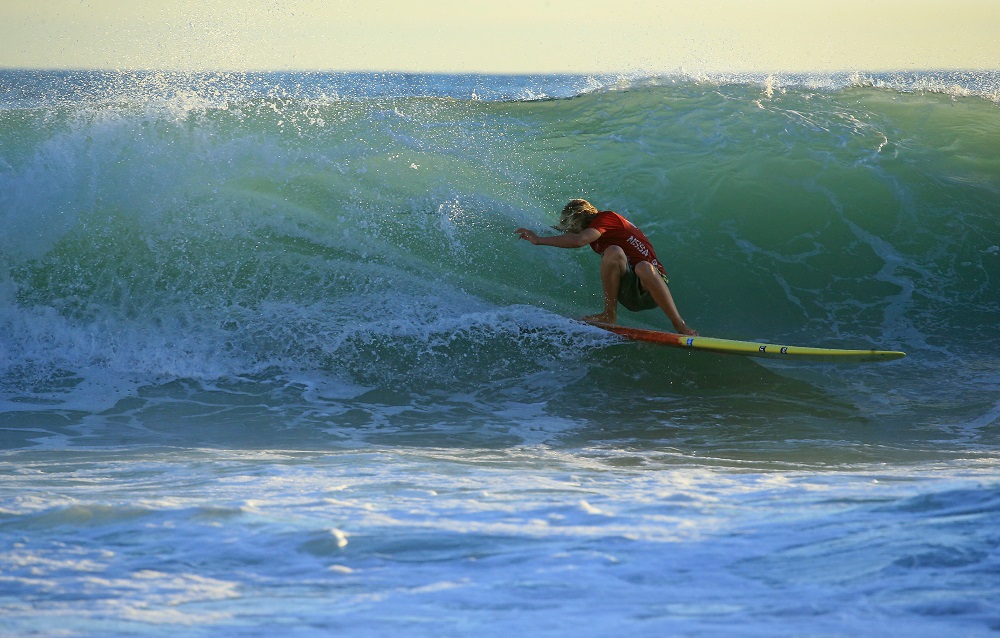 By Jake Howard
For America’s top amateur surfers, the next week in South Orange County could mean the world. With the National Scholastic Surfing Association (NSSA) and USA Surfing both holding their annual championships in the area, there’s plenty of reasons to fire it up for our local rising stars.

From June 16-18, the NSSA National Interscholastic Championships will take place at Salt Creek. This competition will feature the country’s top middle school, high school and college teams battling it out to determine who really is, in the words of the Beach Boys, true to their school. Shortly thereafter, the NSSA will head up to Huntington Beach for the National Championships for the open, explorer and airshow divisions.

“We have competitors coming from 11 conferences across the nation, Barbados and Puerto Rico. The conferences are: Southwest, Gold Coast, Northwest, Northeast, Mid-Atlantic, Southeast/North, Southeast, Florida Gulf, Hawaii, Barbados and Puerto Rico,” said NSSA Director Janice Aragon. “Every year, the level of these young surfers is through the roof. This year’s class is no different. The performances and both the national interscholastic and nationals are sure to bring out some of the nation’s future pros. The nationals are famous for that. It’s the crystal ball of surfing.”

As far as local talent goes, there will be plenty of hometown heroes vying for the top spot on the podium.

“San Clemente’s Kade Matson is a very skilled, hardworking and seasoned young surfer. His surfing has tons of power. Although he has come close, he has never won a national title,” Aragon said. “He has earned many conference and regional titles throughout his competitive years and just claimed back-to-back West Coast Regionals Open Juniors titles a couple weeks ago. I have no doubt Kade will kick it into overdrive to try and sweep double titles this year. He’ll be competing in both the open juniors and stepping up in age category to the premier open mens division. I would see him as a top contender in both divisions. And it always seems there are a red-hot crew of groms from San Clemente. Hayden Rodgers and Kade’s brother Dane just came off of winning performances at the West Coast Regionals a couple of weeks ago.”

But competing in the NSSA Nationals requires more than just a solid top turn and competent air game. An important aspect of the NSSA program is that it also requires the surfers to perform academically.

“The NSSA requires that all of its competitors are students carrying a minimum 2.0 GPA in order to compete,” Aragon said. “We also put out an annual list of surfer/scholars who are members of the organization and achieve a 3.5 GPA or above. We present a special award annually at the National Championships to the NSSA Surfer/Scholar of the Year. For 2018, this honor goes to San Clemente resident Nolan Rodgers who earned a 4.45 GPA from Capistrano Connections Academy.”

Once the spray settles at Salt Creek and the south side of the Huntington pier, it will be time to direct attention to Lower Trestles for the upcoming USA Surfing Championship. The contest will run from June 15-20 and will not only crown new national champions, but also give us a glimpse of the development of the U.S. national surf program as it starts to ramp up for the 2020 Olympic Games in Tokyo.

On Wednesday, June 20 (finals day), there will be a special Expression Session featuring “Olympians vs. Olympic Hopefuls.”
Top pros such as Kolohe Andino, Griffin Colapinto, Courtney Conlogue and Caroline Marks will be on hand to showcase their talents. Gold medalist snowboarders Red Gerard, Kyle Mack and Lindsey Jacobellis will also be there, as will water polo gold medalist and surfer Kaleigh Gilchrist, along with Winter and Summer Paralympic gold medalist Alana Nichols.

“It’s been an amazing year, and we’re really proud of the progress all of the surfers and competitors have made. It takes a lot of work and dedication to compete at this level and that deserves a lot of respect and admiration,” USA Surfing President Greg Cruse said. “The Olympic movement is moving forward, and we’re really excited about everything that’s coming up. We’ve seen the impact that the Olympics has had on snowboarding for athletes like Red Gerard, and to elevate the sport of surfing in the same way, it’s just a really exciting time for the sport and we wouldn’t be here without the commitment of so many amazing young athletes.”

According to Surfline.com, it looks like there’s plenty of fun-sized southwest swell on tap for the next 10 days. The conditions for both the NSSA Nationals and the USA Surfing Championship should be ideal, so head down to the beach and support your favorite groms. After all, they are the future.