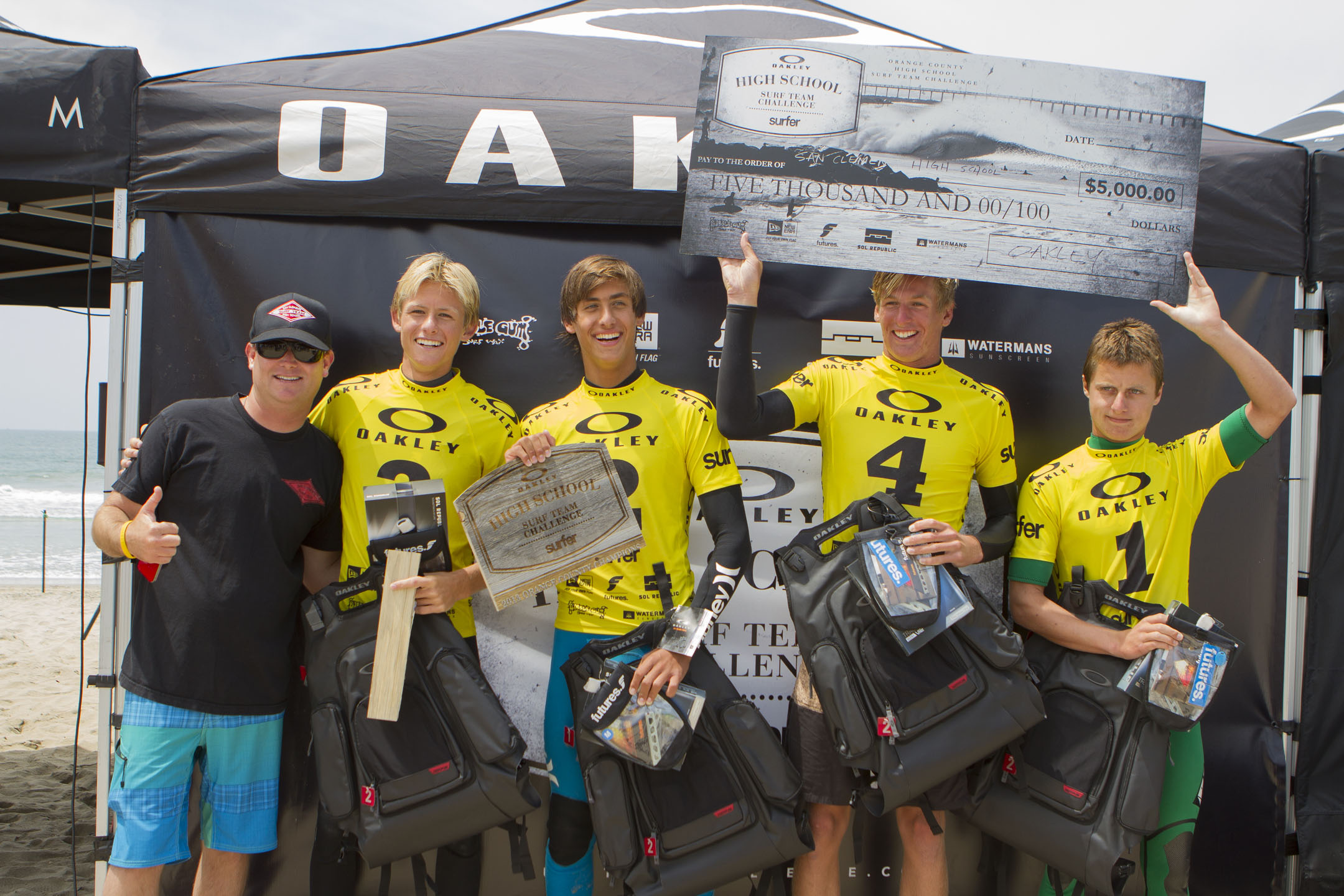 The event, held at 54th Street in Newport Beach on June 1, brought together 10, four-member teams from high schools across Orange County for an unusual contest format with a prize purse earmarked to benefit the participating teams.

The SCHS team—coached by John Dowell and made up of junior Colton Overin and seniors Kevin Schulz, Ethan Carlston and Jonah Carter—persevered through an intense day of competition to meet Dana Hills, Huntington Beach and Newport Harbor high schools in the final.

The format is different from regular surf contests with hour-long, tag-team heats where each surfer is allowed only four waves and scores are combined for a team total. One “whammy” surfer per team can double the score of one wave—hopefully his best—by claiming it with double fists in the air at the end of the ride.

Small and inconsistent surf and low tide made choosing a “whammy” in the final difficult. But with less than 20 minutes left in the heat, Schulz claimed a 6.0 score, topping the 5.4 and 5.3 claimed by Newport and Dana.

The entire team contributed huge scores in the final and as a team were “as good as it gets,” said Dowell.

The final minutes of the heat left defending champs Newport in need of a 9.0 or higher to catch San Clemente. Josh Benjoya scored for Dana Hills, bringing them into the second-place spot, then Overin cemented San Clemente’s win with a 4.23 with only a couple of minutes remaining.

“This was probably one of the most fun contests of my entire high school career,” Schulz said. “Only blatant interferences get called and claiming waves for double points made for a lot of drama and heavy competition. We took second to Newport last year by less than one point so this win was really awesome. Also, it was a great last team competition before graduation.”