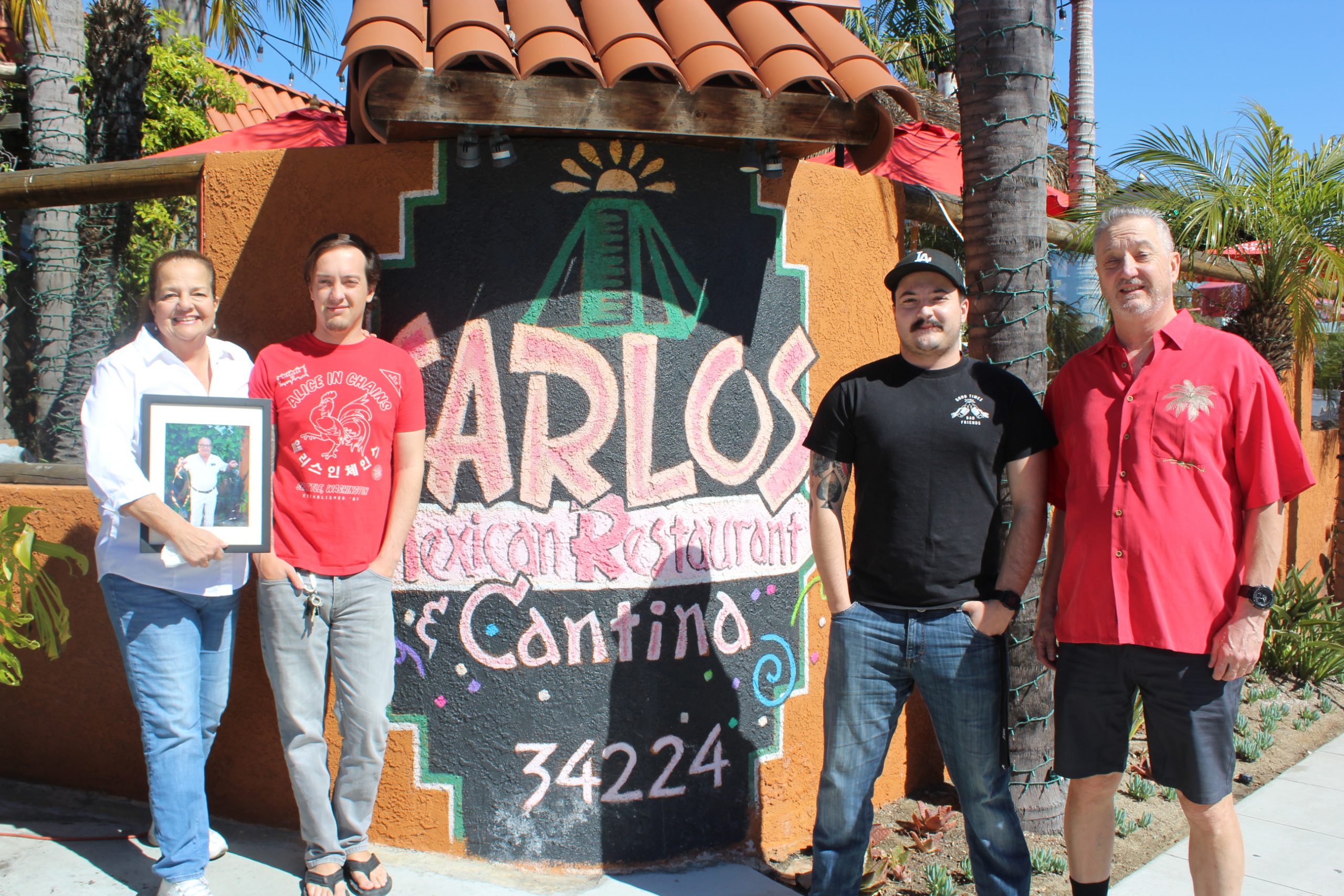 In starting Carlos Mexican Restaurant & Cantina 50 years ago, Carlos Lamas wanted to create a place where family and friends could get together and make memories.

“My dad was really family-first focused,” said Lamas’ daughter, Mercedes Winvick. “It wasn’t about making a million dollars. It was about having a place where we could get together, which we always did.”

Over the years, Winvick and her husband, Neal, have continued to make the restaurant, which is celebrating its 50th year as a Dana Point business, feel like home for their diners and guests alike.

Lamas moved to Dana Point in 1972 and purchased a burger joint off Pacific Coast Highway. In 1975, Lamas added on to the burger stand, and it became a coffee shop as well.

“Not many Mexican restaurants have pancakes and omelets like that; that’s why we’re kind of hybrid there,” Winvick said. “In ’75, (Lamas) added on the coffee shop and added Mexican food, and it just over time developed into more of a Mexican restaurant.”

Lamas was very family-focused, creating a feeling of family and belonging among the staff, Winvick said. She explained that some of the servers have worked for the restaurant for nearly 35 years.

Lamas even drove one server to the hospital after she went into labor at the restaurant, Winvick recalled. That server now has four grandkids.

The newest group of servers have been there for at least 10 years.

“That’s important, especially in the restaurant industry; it’s tough getting good relationships with your employees that last,” Winvick said. “For a lot of people, it’s really a flighty job that they work for a little bit and then move on. We’re fortunate that we have some really great families that have been in our employ. They’re just family—our family.”

More than 20 years ago, Lamas’ daughter slowly began to take over the reins alongside her husband. Lamas died in August 2019. His daughter and son-in-law aim to continue his legacy of creating an environment to enjoy family, friends and a good meal.

“That was, by far, the core of what he wanted to do here, and he was successful,” Winvick said, noting that whenever family was in town, they’d gather at the restaurant.

“We’re not the biggest restaurant in town or anything, but we have a good customer base; we just have a lot of regulars,” she continued. “That’s really what was important to him—family in a space where you could sit down and be with family and enjoy a good meal.”