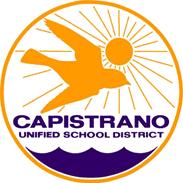 Following almost seven months of negotiations over educators’ contracts, the Capistrano Unified School District Board of Trustees voted unanimously on April 13 to ratify the tentative agreement with the Capistrano Unified Education Association for July 1, 2015 through June 30, 2017, which includes a 4 percent increase in teachers’ salary schedules (retro to July 1, 2015). The agreement also includes a 4 percent one-time payment to be made during the 2015-2016 school year.

CUEA members voted at the end of March to ratify the tentative contract, with more than 97 percent of the ballots cast in favor of the agreement—1,555 to 39—according to CUEA officials. The agreement then went before the Board of Trustees for approval on April 13.

CUEA president Sally White thanked the district and the bargaining teams last Wednesday for collaborating on the agreement, saying teachers were grateful for the salary increase. According to district staff, the fiscal impact of the agreement is an increase of $18.6 million for the current year, $10 million of which is ongoing.

“It just drives me crazy that I would have to justify this, but I feel the need to justify what you’re going to be voting on, because you have to answer to a public that’s going to say, “Why are you doing this?” I want to remind people that … our last major increase to the salary schedule, and it wasn’t major, was in 2007-2008,” White said. “Then we took 10 percent cuts in salary and furlough days for many years. Those were not fully restored until the 2013-2014 year, when we were finally back to 2007-2008 level on the salary schedule. In 2014-2015, we received two percent on the salary schedule, after all those years of nothing.

“To give us the amount that we’ve asked for, and that you’ve agreed to, is not being overly generous, it’s being responsible,” White continued, “because we are at a time of teacher shortage that’s going to be very scary in this district … We have to be competitive and we are still not, even with that increase, competitive with our surrounding districts.”

Trustee Lynn Hatton-Hodson responded by saying she didn’t feel the need to justify the salary increase for district educators.

“We have a lot of extraordinarily committed employees in our district, and I think that education is the base of everything for our economy, and that we have to treat those individuals as professionals and pay them as professionals,” she said.

Hatton-Hodson added that she was personally excited about the district being able to add college and career counselors thanks to the agreement.

“It’s so powerful to be able to have these counselors back,” she said. “No other district has done this. This is immense for our parents, and most importantly for our kids.”

To read the full agreement, visit CUEA’s website at www.cuea.org.