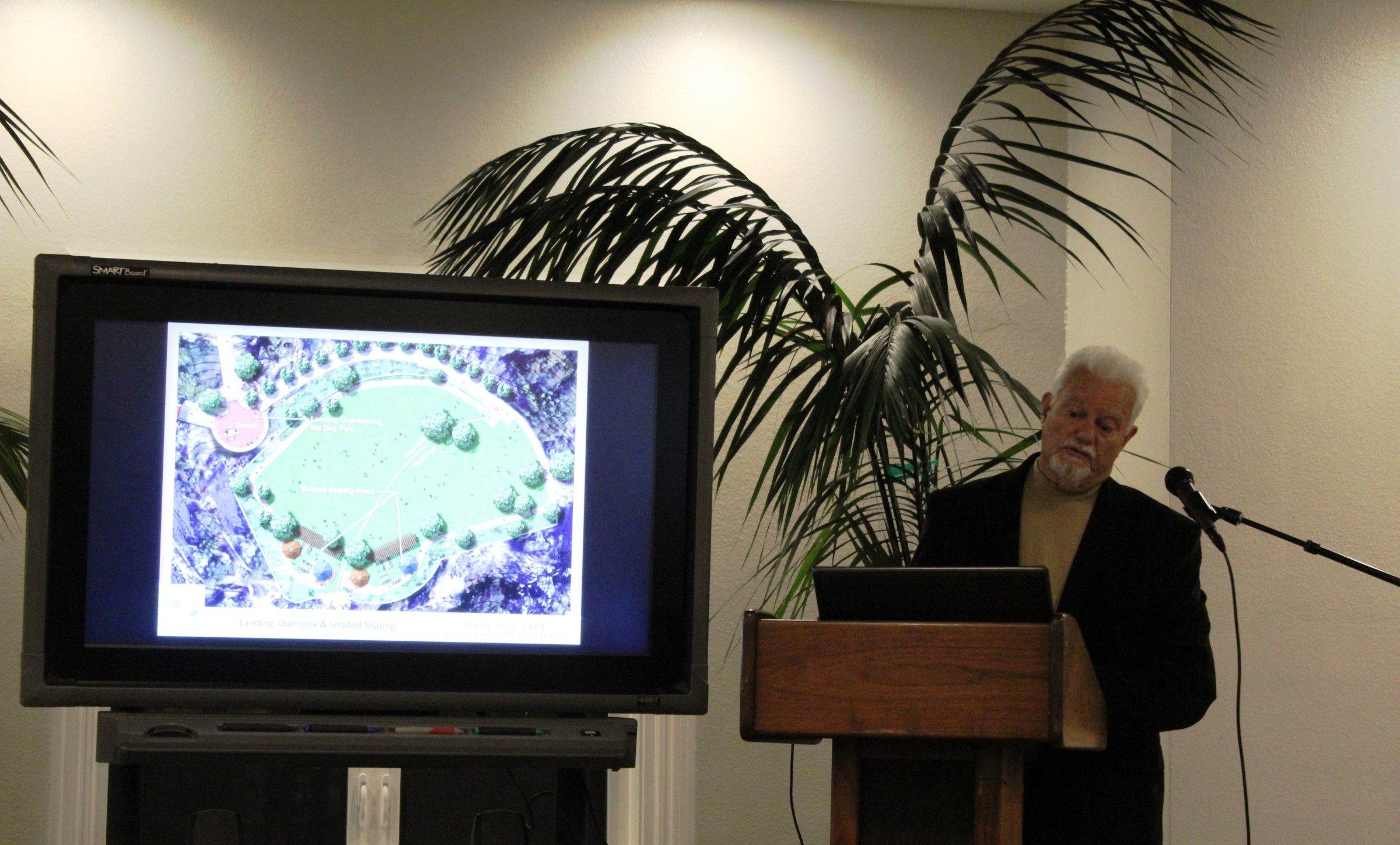 Members of Capo Cares unveiled their plans for a dog zone in Pines Park on Wednesday, Jan. 11, and were met with some hesitation to make the designated area strictly for dogs and their owners.

A number of Capistrano Beach residents met inside Capo Beach Church to see the plans created by the Architectural Guild of South Orange County for a dog zone in a lower area of Pines Park.

The area once held a gazebo that overlooked the ocean and a boardwalk for people to walk across. Now, the residents refer to the undeveloped area as the “dust bowl.”

“I’d like to see it developed,” said Toni Nelson, co-founder of Capo Cares. “The reason we thought of a dog park was because every day we go there and everyone I run into there has a dog. The dogs know each other.”

She added that if they’re going to restore it, they should look at the primary use of the park.

The Guild showed the public two different plans, one with a switchback trail to reach the lower area from the playground section of the park, the second with a 105-foot bridge—similar to the bridge in the Harbor over the Dana Point “waterfall.” The bridge would be ADA-compliant, as well as strong and big enough for city maintenance vehicles and emergency vehicles to drive across to reach the lower area.

Members of the Guild, along with Nelson, reminded the public that nothing was set in stone and the sole reason for the meeting was to get the public’s input and support before heading to Council with a plan.

One resident, who lives across the street from the park, said he would like to see it used for families and children, but didn’t see an issue creating a dog run.

Many in attendance agreed with the motion.

“By doing this kind of development, it provides access to an unusable part of the park, a large percentage of the park,” said Cindy Fleming, a member of the Guild.

Nelson said it will be a long process but added that it was good to have community involvement.

“Maybe this isn’t something we can do right away, but I’d sure like to look at the feasibility,” Nelson said.

Nelson said they plan on going to the city and asking them to do a feasibility report on the idea of a bridge and expansion of the park.

“Whether it contains a dog run or not remains to be seen, but this is what compromise is about,” Nelson said.