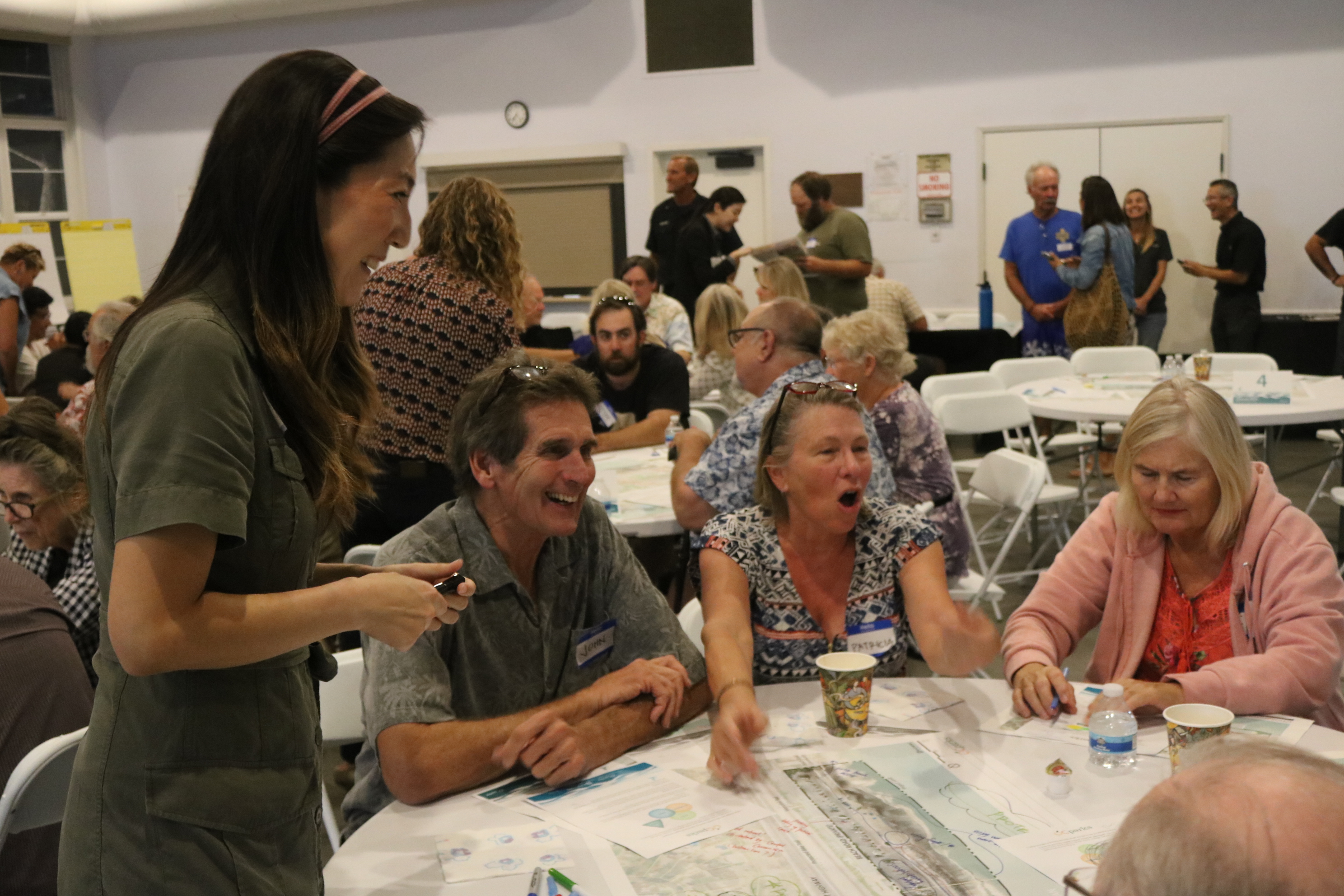 With Capistrano Beach in dire straits after inclement weather and high tides caused the court and boardwalk to collapse and a sand deficit of approximately 50,000 cubic yards, the community and Orange County brainstormed solutions during a public workshop on the master plan for the beach.

The workshop was held at the OC Sailing and Events Center in Dana Point on Tuesday, Oct. 22. Community members gathered in different groups and discussed various solutions. Adaptation toolkit ideas mentioned by officials with OC Parks and others included beach sand nourishment and relocating amenities and infrastructure landward.

“I’m sure it’s going to be a hybrid solution of some sort,” said Kelly Payne, one of the attendees.

Payne thought a submerged reef could be a solution, because it would open up more of the beach and protect amenities and infrastructure. It’s a solution that would satisfy him.

“We don’t have a solution for the rising waters,” said Payne, referencing the issue of sea-level rise brought up by officials.

The master plan objective intends to ensure sustainable public coastal access at Capistrano Beach. The design concept must meet regulatory requirements, and the final report and hearings are estimated to be ready by spring 2021.

Further public workshops will be held in winter and spring 2020, and online engagement is planned to be part of the process.

“We are attempting to do the planning process in the right way,” said Stacy Blackwood, Director of OC Parks.

Marc Campopiano, who lives in San Clemente, said more sand should be added and that there should be ways to protect and replenish the sand. Capistrano Beach is valuable because it adds to quality of life, tourism, the economy, the environment and the aesthetic nature of the area.

“I’m just sad by the decline, seeing the beach in a state of disrepair,” Campopiano said.

Historically, Capistrano Beach has been a narrow sandy beach, but it suffered very dramatic damage in 2018 and 2019, according to a presentation by officials. Historical photos from the 1930s and 1950s were shown, and in 2005 the county placed protective rocks for the first time. Additional rocks were placed in 2011.

The issues affecting Capistrano Beach are said to be similar to what the rest of the state coastline is going through. Officials asked the community to consider three questions: 1. What do they enjoy about Capistrano Beach? 2. What are their concerns for the beach now and in the future? 3. What changes and improvements would they like to see?

Phil Stirtz, a marine ecology teacher at Aliso Niguel High School, says he is disheartened by what’s happened at Capistrano Beach, because the conditions at the beach have played a role in the decline of catamaran usage, which he’s passionate about. “Catamaraning” uses clean energy and allows two people to appreciate natural energy comparable to “having a Ferrari on the water,” Stirtz said.

“Bringing back a place like that and revitalizing, it’s critical to have a place to bring catamarans and bring in culture for future generations,” Stirtz said.

As for what to do, Stirtz mentioned building a reef to protect the beach and bring the sand back.

Officials with OC Parks say the next workshop will be in January, when planners will present three alternatives for community input.