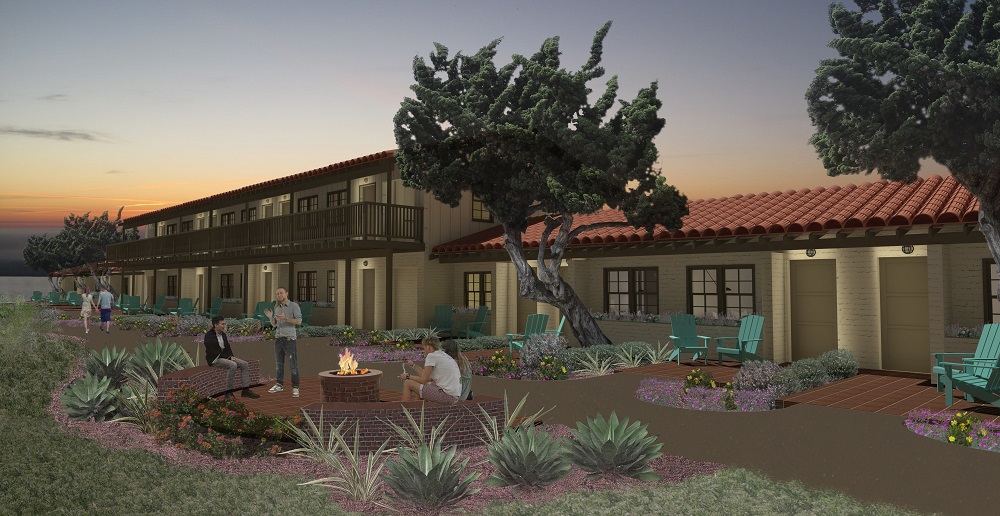 In 2010, Trip Advisor ranked the Capistrano Seaside Inn in Dana Point among the top-10 dirtiest hotels in America.

Since the spring of 2017, Mark Adams of the California Receivership Group has been working to ensure that never happens again.

Today, Sept. 14, Adams and his team are taking the next step in renovating this dilapidated structure as they ask Orange County Superior Court Judge Robert J. Moss for 2.4 million dollars in order to actually construct the new Coast Highway landmark.

The property was constructed around 1930 with some office space and 28 motel rooms. It was noted as one of the last remaining roadside motels in Dana Point, which helped shaped California car culture

On Sept. 1, 2016, the city red-tagged the site after conducting an inspection in conjunction with the Orange County Fire Authority, the Orange County Sheriff’s Department and the Orange County Health Care Agency. The city then issued a written notice of violation and order to the property owners to begin work to correct the violations by Oct. 3, 2016 and to complete the corrective repairs no later than Dec. 5, 2016.

To the relief of a number of Capistrano residents and travelers riding along Coast Highway just north of Palisades Drive, large scale demolition is finally occurring on site. This portion of the project, funded by a court grant of $998,000 dollars, is referred to as pre-construction demolition. Adams and California Receivership Group have contracted Miken Construction for the pre-construction phase thanks to their history of work on historic sites such as the Saddleback Inn in Santa Ana.

As for the Capistrano Seaside Inn, it will be a rebuild- not a full demolition.

“We will be keeping the foundation and main structure of the hotel intact,” Adams explained. “The main walls are strong and the basic structure will remain the same. The building to the south of the main hotel will remain a manager’s lodge as well as a reception area.”

The hotel’s former owners, The Sunshine Group LLC, owns the parcels of land on both the northern and southern borders of the Capistrano Seaside Inn. The hill behind the now-in-ruin hotel will remain untouched as the chaparral provides essential rooting for the hillside east of the hotel.

On the western front of the hotel, outdoor sitting areas and a communal fountain oriented gathering place will bring tenants together in front of the Coast Highway and the Pacific Ocean beyond it. The hotel will remain a north-south linear orientation, with a second story containing slightly larger rooms-just as the original did.

“We want to keep it in that mid-price range,” Adams remarked. He voiced the importance of appealing to the local culture of Dana Point and South Orange County.

Adams, who lived in Santa Monica, recalled fond memories of traveling south alongside Coast Highway, passing along Dana Point and surfing the various breaks around the area.

“Dana Point is an amazing town with a rich history and we want to appeal to, and sustain, a niche of the blue-collar traveler to be able to enjoy the beauty of a town like this,” Adams remarked. He added that in addition to physically renovated, in order to secure construction funds from Judge Moss, his plan needs to be economically sustainable.

“We want the new Capistrano Seaside Inn to continue to be accessible, affordable and in time with modern trends in hotels,” Adams said.

In order to pull a modern stylized hotel out of the almost 100-year-old site, Adams has enlisted Annette Kilgruss-Crall of the Celestine Agency, who has built an entire itemized style guide of furnishing objects and furniture to be included in the 2.4 million request.

When Adams and California Receivership finish their re-construction, the current owners, The Sunshine Group, will have the opportunity to re-purchase the renovated hotel from Adams and California Receivership Group. Adams explained that The Sunshine Group, would in addition to the named value of the hotel, pay construction fees as well as litigation fees.

Adams mentioned before their meeting with Moss that in case The Sunshine Group sought to purchase the renovated hotel back, California Receivership Group would considering appealing to Moss that there be a mandatory third-party hotel management company put in place.

This story will be updated following the hearing at the Superior Court of Orange County at 700 W. Civic Center Dr., Santa Ana.