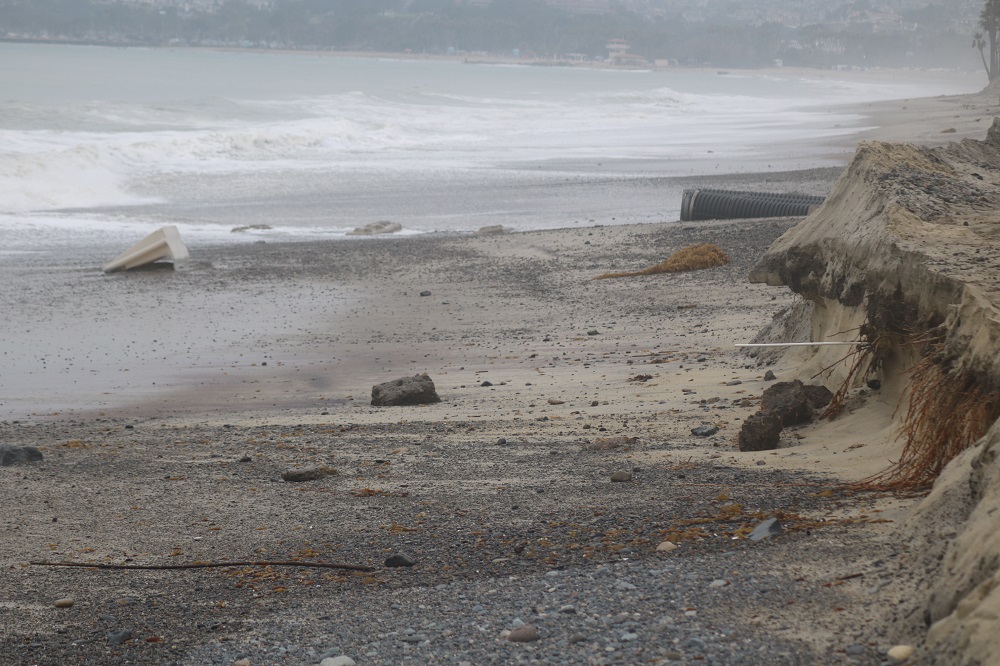 As arguably the largest swell of the summer season arrives on Southern California shores, Capistrano Beach Park continues to be ravaged by high surf and high tides. The park is currently closed as the parking lot is covered by more than six inches of rubble and sand. A large portion of the west side of the parking lot appears to be unearthed, surrounded by concrete roadway dividers.

As Dana Point Times reported, OC Parks recently announced that the fire pits at Capistrano Beach Park would be removed after being deemed not financially sustainable as well as a risk-of-injury to the public. The majority of the pits had already been removed before the large swell arrived on Monday, but two had been relocated to the north of the parking lot where there was more beachfront space. As of print deadline, those two fire pits remain intact and exposed. Currently closed, OC Parks expressed that the park could possibly be closed until Saturday morning. Visit www.danapointtimes.com for a photo gallery of the destruction.