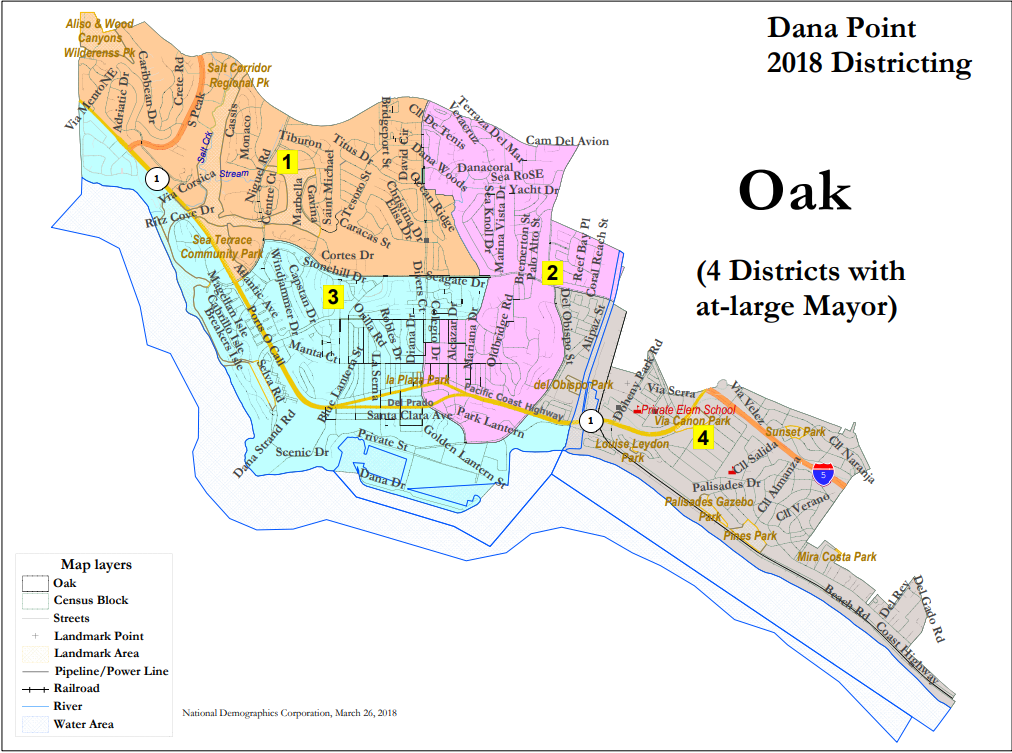 Capistrano Beach Comes Out in Force During By-District Public Hearing

The possible division, or not, of voters in Capistrano Beach was the overwhelming theme during the public hearing session of the City Council meeting on April 3. One after another, citizens from Capistrano Beach spoke during public comment concerning what they described as “disenfranchising.”

Residents of Capistrano Beach came out largely in favor of the “Pine” and “Oak” maps, offering four district and one at-large mayor. In this four-district system, the higher population per district, while remaining relatively even across the four districts, will be able to keep Capistrano Beach, as residents described, “intact.”

During the Council’s commentary portion, Council member John Tomlinson stated, “We are not at all prepared to adjust these draft maps,” after Mayor Richard Viczorek discovered from a National Demographic Corporation (NDC) representative that the interactive map on NDC’s website has been available via a link on the City’s website since April 28. Maps can be examined and manually quantified to be adjusted, and Mayor Viczorek encouraged the demographer to come back to the second public discussion with a variety of options, “trying to keep the neighborhoods together.”

Early in the meeting, the NDC representative suggested that in addition to possible district formations, that Council discuss the sequencing of possible by-district voting. The by-district agenda items can be seen on www.danapoint.org. A link to the NDC website with the six draft maps currently available to view and manually manipulate can be viewed here