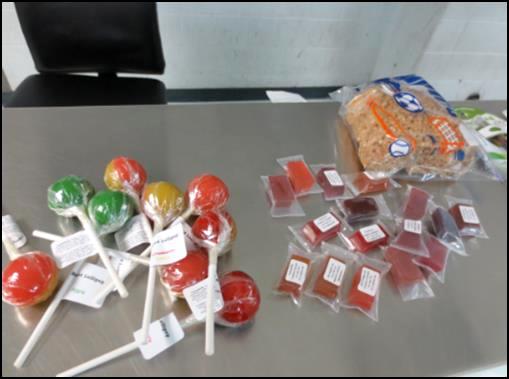 Two men were arrested March 5 at the Interstate 5 checkpoint outside San Clemente for attempting to smuggle drug-laced candy products, according to a U.S. Customs and Border Protection press release. Authorities believe the candies were meant for children.

At approximately 1 a.m., the men arrived at the checkpoint driving a 2012 Chrysler sedan, the release said. Agents referred the driver to a secondary inspection. Both men are U.S. citizens and said they had medical marijuana in a prescription bottle inside the vehicle.

Agents also discovered 15 marijuana e-cigarette cartridges, three marijuana cigars and 12.68 pounds of bulk marijuana inside the vehicle, according to the release.

A second search that day resulted in another arrest. At about 4 p.m., agents encountered a 24-year-old U.S. citizen driving a 1999 Volkswagen Golf. A canine sniff raised an alert, as did the man’s difficulty answering questions, the release said. California National Guard members performed an inspection, which revealed anomalies in the vehicle.

All three men were turned over to the Drug Enforcement Administration.